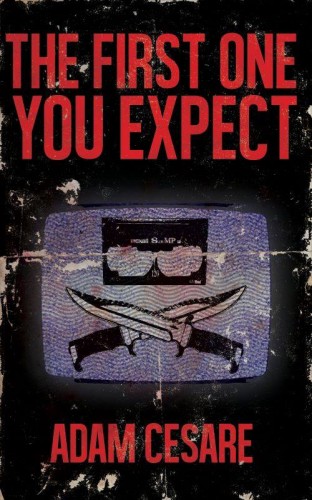 The First One You Expect – by Adam Cesare
Broken River Books, 2014

Horror writers beware! You know that idea for a story that has been kind of lingering in your head, the one where you take your favorite sub-genre of horror movie and turn it into a novel, and how excited you are because it hasn’t really been done yet and it’ll be your big splash into the horror fiction community? Well, my friends, I’m sorry to tell you, but Adam Cesare has not only beaten you to the idea, but he’s probably written a better story too.

With The First One You Expect, Cesare yet again shows not only his passion and knowledge of the ins and outs of the genre, but he is able to turn it into a riveting and original story that holds a bit of a mirror up to many of us horror fiends. And if you look into that mirror, with the right kind of eyes, you’ll notice you’re smiling.

If you read my review of The Summer Job, or have ever talked to me about books, you know that I am a big fan of Adam Cesare’s work. In my opinion (and in many others’ as well), he is one of the top horror writers around right now. But this time around, he’s working with Broken River Books, a brand new crime publisher just started up by J. David Osborne (author of 2010 Wonderland Award winner By the Time We Leave Here, We’ll Be Friends and, one of my favorite books, Low Down Death Right Easy), one that is already seeing a lot of early success. And so The First One You Expect is more of a crime story, but using the horror world as a backdrop.

Tony Anastos is our protagonist, an independent, low budget horror film maker. When they aren’t working at the local Stop & Shop, he and his friend Burt make cheap slasher movies about a masked killer named The Debaser. Tony collects knives and horror movies and posters and zines, his movies probably far more organized than a casual fan’s. He likes to buy way too much stuff online, and he likes to drink away the sorrows. He goes to horror conventions. He’s a sucker for cute girls who show him attention. Aside from the fact that he follows through and makes his movies, Tony is any one of us. In fact, if you were to read The First One You Expect and tell me you didn’t see a little of yourself in Tony, I’d tell you that you’re a liar.

And then he meets Anna, the cute new girl at work. She takes an interest in his movies, and has some ideas of her own, some ideas that she believes might just make her a star. Next thing you know, she is Cat Killer, the sexy female slasher star. All they need is the funding, and the next movie is going to be huge, so they opt for the route followed by so many other starving artists and a few rich stars: Kickstarter. But what can they put in their Kickstarter video that will really grab peoples’ attention? What could they do that would be so intense that no one will ever forget?
The First One You Expect is a quick read, weighing in just under one hundred pages, and easily a book you’ll find yourself finishing in one sitting. Not just because it is short (it’s almost too short, which would be my only criticism, but coming from a selfish standpoint; I just wanted to stay in this world a little longer), but because it draws you right in. As I mentioned before, this is a book written for us, the “real” horror fans. It’s equal parts August Underground and Lloyd Kaufman’s All I Need to Know About Filmmaking I Learned From the Toxic Avenger. The story is told from a place of knowledge, of experience, and we recognize it in any number of movies we’ve seen, whether it be 555, or Las Vegas Bloodbath, or Necro Files, or any number of others I’ve seen and/or reviewed here.

The First One You Expect is brutally honest, but in a loving, reverential kind of way. It points at our idiosyncrasies and obsessions as horror fans, but not necessarily in a negative way. Just as we are the weirdos who insist on owning each and every release of Mother’s Day, whether it be director’s cut or special edition, VHS or laser disc, original or awful remake, for no other reason than it was our favorite video box to look at back when there were video rental stores, we are also the ones who keep it all going. As the author says in his opening page dedication: “To any horror fan that picks up this crime book and then recognizes a part of themselves in the characters. I hope it’s not one of the awful parts.” 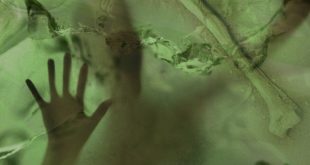 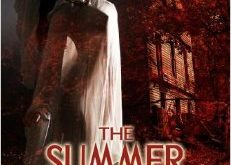 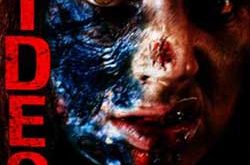