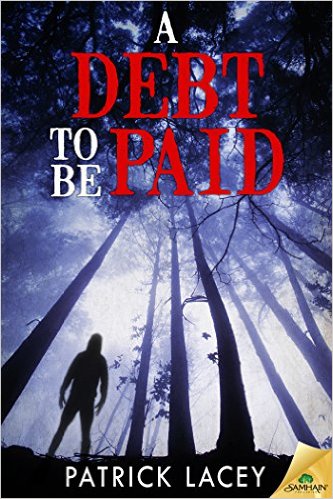 A Debt To Be Paid

Gillian Foster has reached her wits end with her insurmountable debt. An unusual letter arrives in the mail one day that appears to be just the salvation she was looking for. With promises of alleviating her financial liability the correspondence seems too good to be true. Then the unthinkable happens. Shadowy figures appear from out of nowhere and stalk her every movement. Fleeing her home and everything she’d known and loved Gillian takes her daughter Meg and vies to find sanctuary. No one believes her tribulation and ultimately she’s admitted into a psychiatric facility.

Twenty years later Gillian still resides at the same asylum and Meg has too fallen into hardship. When a strange letter arrives one day offering freedom from the costly chains that bind her, Meg begins to question if she too has fallen victim to the unholy prowess that haunts her.

A Debt To Be Paid marks my first reading endeavor with author Patrick Lacey at the helm. Once again I’m highly impressed with the formidable foray of talent among the Samhain roster. Lacey manages to harness a sense of allure and mystique within the first couple paragraphs. No easy feat, this author should be very proud of bursting free the barriers of short attention span, grabbing his readership’s intrigue from the get go and consistently escalates the plot development. The tale is cut from a cloth of highly imaginative thread and remains original, innovative while striking a chord of familiar aspects many readers will relate to.

Subtleties and innuendos of fear such as the unknown, rodents and shadows are prominent from the onset. Lacey has an uncanny ability to fashion a back drop of utilizing the reader’s imagination. On a subconscious level we fill in the blanks on this odyssey, forever accentuating the fear factors. The most effective of scary tales are often crafted from a psychological perspective in which we’re forced to conjure our own sense of dread as opposed to being bludgeoned from over the top detail borderline Splatter-punk gore. Lacey beckons the reader to concoct their own evil from within transcended into metaphor and symbolism before us.

Meg Foster’s (as well as Gillian’s) financial struggles will resonate with a large audience. We’ve all encountered bouts within our lives where we’re forced to tighten our belts or receiving an overwhelming degree of collection calls, etc. The author manages to discover a common bond that will relate to a wide market breathing fresh life into an original concept that many can empathize with.

A Debt To Be Paid is far from predictable and perhaps most noteworthy is the references to scars. We know not on the surface how these scars had originated and once again the reader is beckoned to explore further and venture on to see what happens next. We become invested in the tale, silently cheering Meg on as we can’t wait to hear how her epidermis souvenir came about.

For the most part whether they’re simply aspiring or veteran authors, most writers try to refrain from an exorbitant amount of exposition. Lacey manages to illustrate an effective back drop without getting over indulgent and distracting the reader from the active action. We get to know the Foster family, what makes them tick and the relationships they develop within their lives. Validity is reinforced and we get behind the lead protagonists in a much more efficient manner.

It’s unusual that we’re introduced to two separate characters named Brian and it creates some mild confusion as to who is whom. In the grander scheme of things it’s really a non-issue and does create some curiosity as to why they were conceived in such manner. Perhaps the creation was spawned of deliberate intent provoking many a conversation piece long after the final pages.

A tremendous read especially for an author I was yet to explore and I’d greatly embark upon any new adventure with one Patrick Lacey at the wheel.

Tags A Debt To Be Paid Patrick Lacey Samhain Publishing 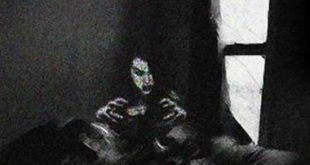