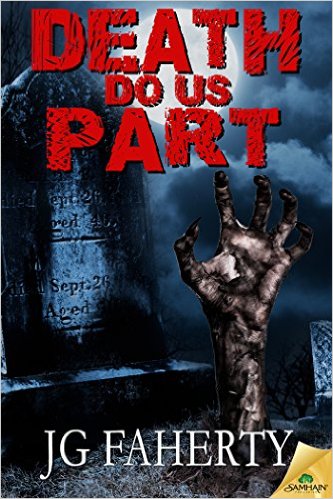 Art Stanhope believes he’s finally seen the light at the end of the tunnel. After his vindictive, manipulative wife Catherine sees her untimely demise he believes he can finally move on with his life. A new relationship and the family bond with his son he always strived for is achieved it looks as though life may be more fulfilling than ever. The Stanhope family swiftly realizes that Catherine isn’t done with Art and his new love by a long shot. Will evil redemption conquer all and will Catherine’s sinister intentions actualize the ultimate Death Do Us Part?

At the risk of appearing self-indulgent I feel compelled to share my sentiments, somewhat out of context towards social media. Considering myself the epitome of an introvert I typically loathe the cultural behavior but have surmised that it is a necessary evil to coexist within our contemporary society. Recently a game of sorts had circulated on a facebook’s news feed about posting ten novels in which resonated with you. The idea behind it was to post your aforementioned ten and post ten others to do the same; somewhat reminiscent of the old school chain mail. I consider the exercise to be somewhat arbitrary but agreed to be a good sport and participated. My primary concerns were offending other authors that were excluded from the list. Trust me, throughout the course of a year I trudge through more than my fair share of reading for assigned reviews. I had completely taken for granted how much these lists mean to the authors who scribed the books mentioned within.

JG Faherty is no exception. I’ve been fortunate enough to read a handful of his endeavors and am proud to post honest, open reviews for each. Whenever he, or his publishing company forwards his latest creation, I delve on in with great enthusiasm and vigor. Faherty’s work has managed to seep into my psyche and I regard each of his novels as some of the greatest I’d had privilege to embark upon. Death Do Us Part was not only on par with previous works but carries with it a very special something that will haunt the waking and slumbering nightmares of many.

The subtext of infidelity will strike a chord among a vast reading audience. In a society in which convenience is the reflexive notion even with relationships, Art’s cheating ways warranted or not will make an impact on many readers and conjure horrific ramifications within our imaginations.

Subtleties of Catherine’s haunting is conveyed effectively on the onset. The Stanhope family questions not the integrity of unusual behavior in their household and carries on day to day. As Missy, Art’s new love interest moves in the poltergeist activity intensifies. Ghastly imagery of smashing light bulbs, screams and alarm clocks firing Catherine and Art’s wedding song is enough to run the blood cold within the veins of even the most dedicated of cynics.

Upon further exploration it is evident this author must have done extensive research on spells and dark magick. Suspending a sense of plausibility in a far-fetched premise is no easy task. Faherty achieves this in spades and we never really question the authenticity of what is unfolding before us.

Written from a third person persona, one may suspect that the emotion may seem somewhat jaded or contrived. The author manages to hone in on the sentiments through inner monologue and the show not tell experience is exploited then some.

The ghostly encounters are immensely descriptive. Imagery of Catherine’s corpse roaming is both blood curdling and skin crawling writing at its finest. An inclusion of a monstro is highly imaginative and will inspire many a dread induced reflection for the reader.

I was especially fond of the final act that unfolds seemingly from out of left field. Far from predictable, Death Do Us Part will keep you fixated and captivated until the spell binding finale. A resounding achievement once again from JG Faherty. 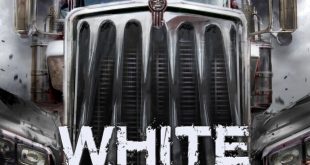