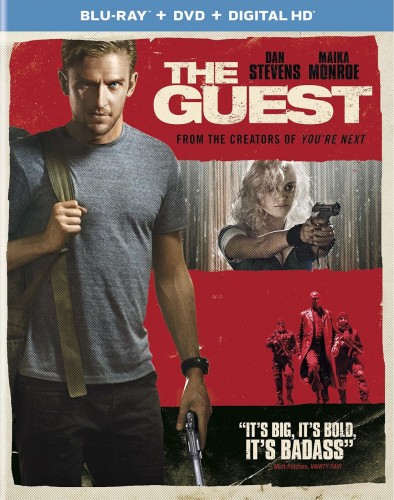 A soldier introduces himself to the Peterson family, claiming to be a friend of their son who died in action. After the young man is welcomed into their home, a series of accidental deaths seem to be connected to his presence.

Dan Stevens goes from Downton Abbey, England to small American town as a homicidal maniac. Sounds delicious to me! The Guest directed by the talented Adam Wingard (You’re Next) is really a fun treat for fans of the home invasion genre with flavours of 80’s horror stuffed in for good measure. Yet I think because I enjoyed You’re Next so much and was anticipating a film on that level I feel The Guest didn’t quite live up to my expectations. Set in ye Ole US town a family are still readjusting after their son – a soldier – has been recently killed in action. A mysterious man named ‘David’ arrives on their doorstep saying he knew their son in the army and has come back to check in on them. The daughter played by Maika Monroe (It Follows) starts to have suspicions and before long David’s motives come into question. 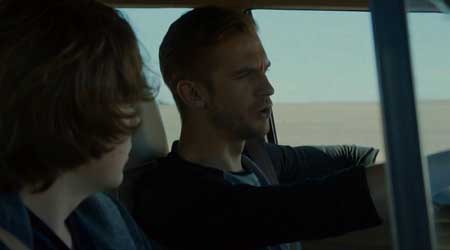 Look the film was a fun ride but I was expecting more. As the film progressed I thought there would be a twist or the narrative would take an unexpected turn. However the film went exactly to the place that I thought it would go which didn’t leave me very thrilled. The first act of the film however is gripping stuff, with David’s integration into the house ‘protecting’ the family against the town (by killing bosses and incarcerating drug-dealing boyfriends) allowing the perfect mix of violence and mystery.  As the film gets into its last act and once the feds find out about David’s whereabouts they come in, guns blazing and a small town horror becomes a large scale action film. I wanted David to be nastier, I wanted the gore to be more ferocious, I wanted more fun. 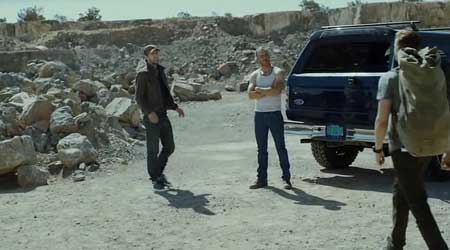 The parents in the film are jokes. Both are so meagre and dumb that one would think they had no concept of human behaviour or interaction with others. The mother lets so many of David’s actions slide I guess because she thinks he knew her son so now she can trust him which doesn’t do any favours for her character. The film doesn’t portray her in the most intelligent light and makes her unlikeable as a character. The father is a non-entity and I think this is a shame because once the film gets to it’s more gritty parts the way both these characters end up doesn’t have the OOMPPFF I think the film wanted. 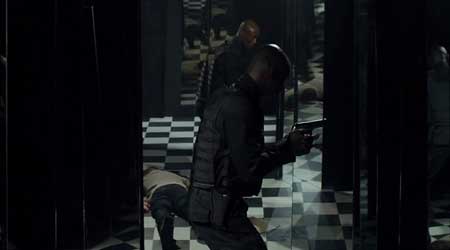 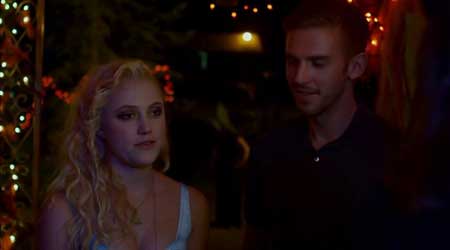 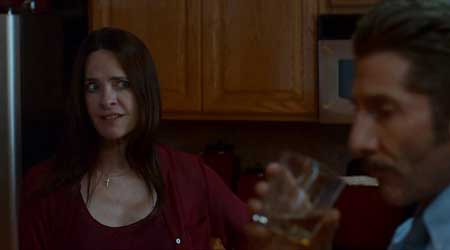 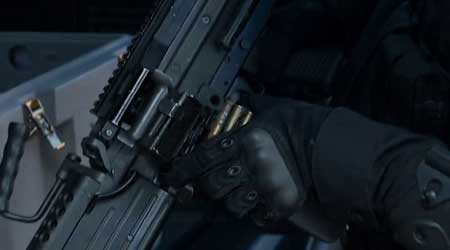 Dan Steven’s kills it (pun intended) in his role as the crazy David. Stepping out of the shadow of his character in Downton Abbey Dan revels in the evil that his character oozes with. The calculated killing is none more prevalent than in his eyes and luckily he succeeds tremendously as the film’s villain. It’s best not to question his actions in the film though as a lot of what he does has no explantation as the film heads into it’s confusing exposition scenes.

The film’s editing and score are two factors that excel in the film. The films beginning with Steven’s character walking on a deserted road with a cut and dramatic music exploding to the word’s THE GUEST plastered on the screen shows Wingard’s knowledge of the horror genre and it works extremely well in this circumstance. Wingard’s passion for music plays a vital role in the film, being the object that connects the siblings to David. As the film progresses the music plays a larger part in the film with a mix of melodramatic symphonies to alternative pop setting the tone of the film. 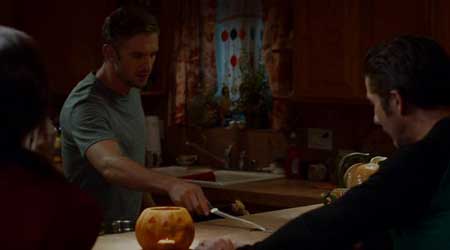 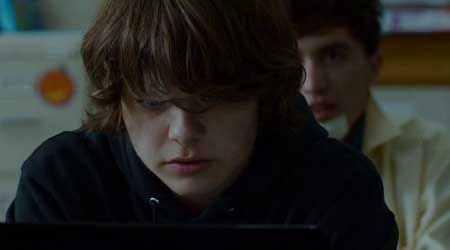 You’re Next was so much fun. In the same genre of this film You’re Next defied the home invasion genre tropes by being darkly funny and doing what the hell it wanted to do. I don’t see why Wingard couldn’t have kept on that path. Instead here he has made a well worn horror without any of the humour that could have elevated it. The Guest is by no means bad but sometimes just OK isn’t good enough.