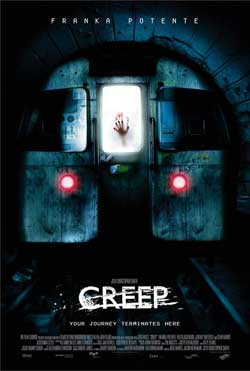 Trapped in a London subway station, a woman who’s being pursued by a potential attacker heads into the unknown labyrinth of tunnels beneath the city’s streets.

Creep, Christopher Smith’s maiden feature before the fun Severance and family feature Get Santa, is a dark, gritty tale about Kate (Franka Potente) a women in the wrong place at the wrong time, trying to escape a somewhat deformed and crazed “creep” as she runs through the maze of tunnels and whatnot that make up the railway and sewerage systems. With the help of some local homeless people and another one of the creep’s victims, Kate tries to stay alive and get above ground. High concept, low result.

Acting was solid all round. Everybody was believable and dialog was delivered realistically. The animalistic grunts and squeals made by the Creep were magnificent. The standout to me was Craig Fackrell in his role as the homeless guy who helps Kate out. A very solid performance. 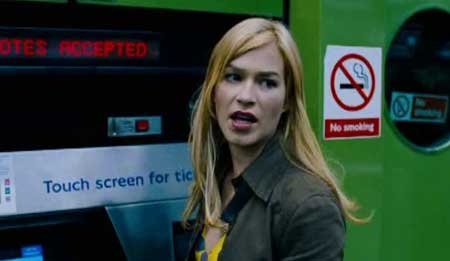 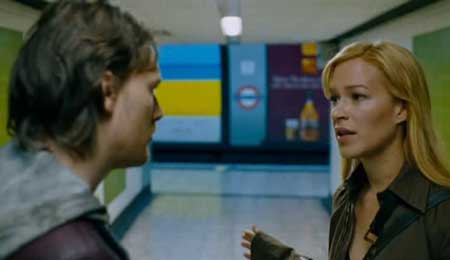 Cinematography was also very good. Nothing over the top but solid. It did get a little too dark in some places for my liking, but this was an easy watch overall.

The story, though paced well and straightforward, suffered from too many plot conveniences. Moments where the Creep could have been easily killed, but wasn’t just so the story could continue. There was even a moment when the Creep simply stood there, waiting to get hit. It brought the story down and suspended my belief in the world the film was trying to create.

Not enough backstory was given to the Creep either. It’s hinted that he was possibly part of some experiment, or at the very least he was just born and looked after by a doctor who ran an underground medical practice of some manner, and… I don’t know. We’re given very little so I couldn’t concoct even a half decent idea of his backstory. He just kills because he just does. He exists because he just does. I don’t mind if no backstory is given, I just have issue with the fact that an attempt was made to do so, but it was haphazard and scarce so you couldn’t make out what it was meant to be. It’s kind of like when you eavesdrop on a conversation and you can only get every 5th odd word. Very annoying. Oh, and stop eavesdropping, you busy body! 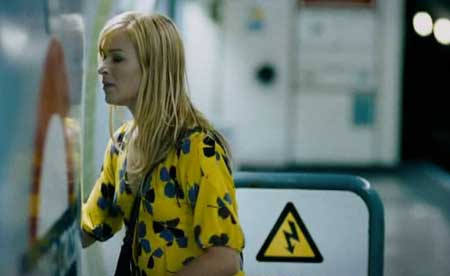 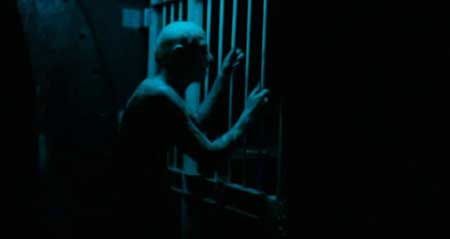 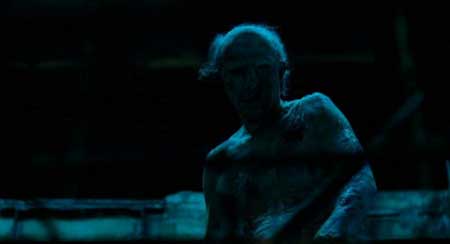 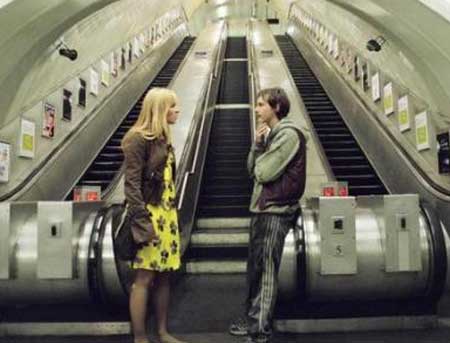 I didn’t sense the urgency with Kate’s escape, and I think that had to do with the fact that the Creep, though he was essentially going after Kate, was always side-tracked with killing others who were nowhere near her. The two kills that were close to Kate, had urgency and were good to watch; I just wish this was maintained more throughout the film.

My biggest problem with Creep though was its protagonist, Kate. She was as unlikeable as they come. Her reason for getting onto the subway was to try and score a root off George Clooney, not the most noble of tasks. She’s rude to a homeless person, tells people who try to help her to basically stop talking, and tries to force others to do things she doesn’t want to do. Then, like any bi-polar candidate, she willingly wants to help a man who tried to rape her and even lets the killer live! I was not invested in Kate, which made me less invested in the film and her plight. I didn’t care if she survived.

The sewerage worker who was also trapped by the Creep and helps Kate was much more likable. Even though he was a drug dealer, he still had a “nice” side, something Kate lacked. When the protagonist is unlikeable, the film is doomed to fail. I wasn’t expecting Kate to be miss goody two shoes, but she needed to have at least a single redeeming quality I could hang onto, unfortunately, she did not. 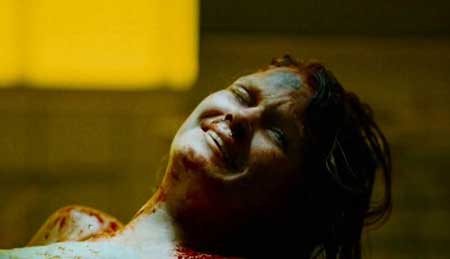 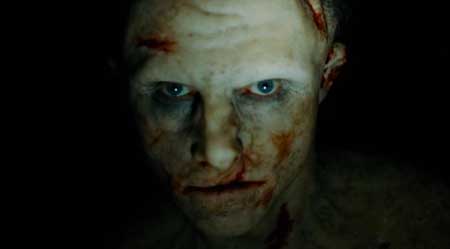 Creep was a slightly entertaining horror with some issues that kept it from being great. Not a bad effort, but nothing to gush over. If you ever cross paths, have a watch, you could do a lot worse.

3 out of 5 deformed creeps 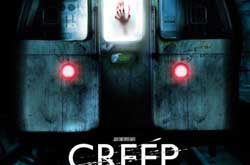