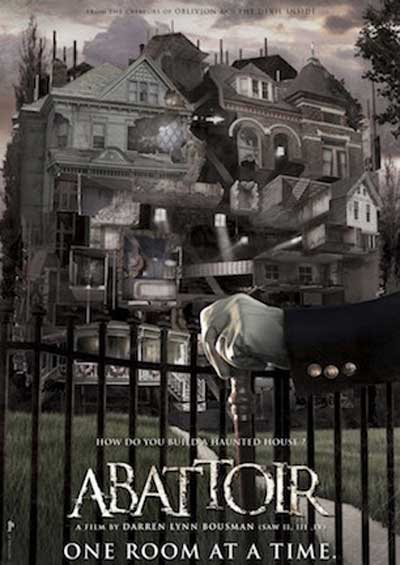 Julia (Jessica Lowndes), an investigative reporter with the style and confidence of a young Bacall, happens upon a series of gruesome murders tied to real estate mysteries, where entire rooms have been dismantled and pulled from their foundations. The fact that those rooms were the exact settings for heinous tragedies sets Julia and hardboiled cop Grady (Joe Anderson) on a search for the unimaginable. The stakes go up when it suddenly becomes very personal in this stylized and increasingly horrifying modern-noir.

Abattoir, directed by Darren Lynn Bousman. The film starts off with a quote.

“Our houses are such unwieldy property that we are often imprisoned rather than housed by them.” Henry David Thoreau

Bousman tends to use quotes that fit his films. The movie has a 1940’s/50’s vibe with the actors speaking in 1940’s lingo. You half expect Humphrey Bogart to step out on the screen. (In a good way.) Jessica Lowndes portrays an investigative reporter, Julia who makes you feel like you may need to dress up a little bit while watching the film. She is classy, well-spoken and notices things others may not. 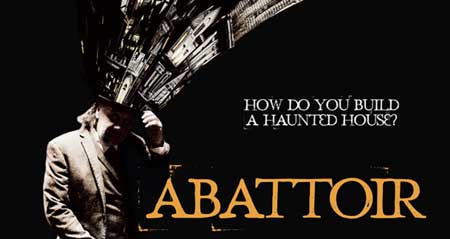 One thing that was odd while watching was the voice-over and the possible camera snapping, Texas Chainsaw Massacre and Saw II slow music that gives it just the right amount of scare. The film is a mystery with a story. It is unusual to find a movie such as this. “Catch a scoop kid!” That whole journalist rate, I will get my story makes Lowndes likeable.

Saw II will catch these small details that Bousman manages to hide like a clever detective. The film is not as graphic and gory as a few of Bousman’s films have been. It feels a little slow if you do not like Mystery films but once the story is off and running you are left on the edge of your seat. 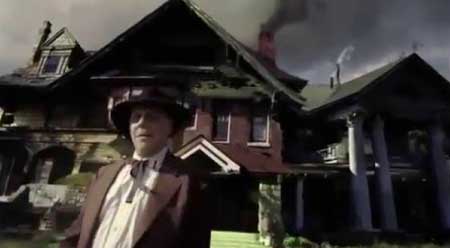 It kind of makes you wonder more and more about your neighbors and what they really do? The house plays a character of its own. The various angles show the director knows what he is doing. The first scare comes fast and if you are drinking or eating during this film, I suggest you stop. It is not shown what the scare is exactly but the ear shattering scream by Aiden Flowers (Charlie) lets you know first-hand this is not a drill!

Julia receives a strange call from a man who tells her, “I am the man who just killed your sister.” (This is why you screen your calls people! Have we not watched “When A Stranger Calls?”) She heads to her sister’s house and finds a man covered in blood advising her he did “only what I had to.” Julia finds her sister and her family sprawled on the flood dead. 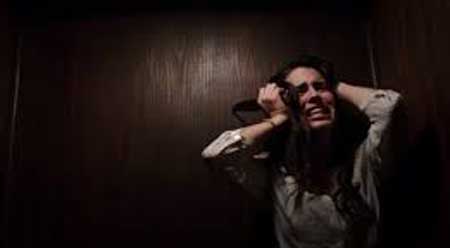 Julia has a different look now. That get up and go, seize the day! I can do anything look of wonder in her eyes is gone. She is now part of the darkness so to speak. (or to quote “Dexter.”) Joe Anderson plays detective Grady who wants to help Julia.

She meets several people who tell horrific, scary stories about the house including a “nasty home invasion.” Some people may think there is a bit of an Amityville feel to this but it stands on its own when you meet super creepy Jebediah Crone (Dayton Callie.) 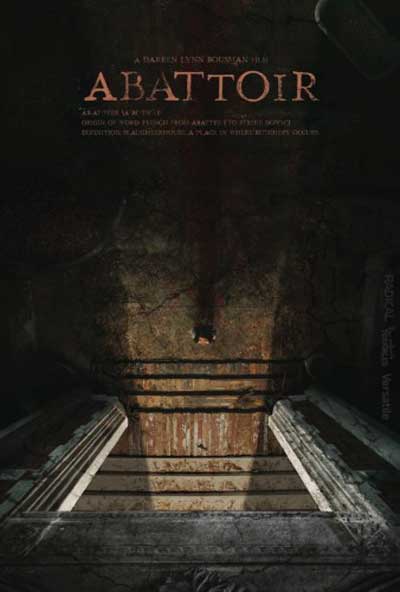 Julia continues talking to people who lived in the house and she creates a wall of evidence. She receives a video that shows something intense happening in the house. They only brief show it but you get the point. We meet a killer played by Michael Pare whom we get creepy glances of his smile, teeth and eyes almost to give homage to Sir Anthony Hopkins being visited by Clarice.

After we get crazy with Michael Pare, Julia is advised to go home. Nope, she is going for a drive in the middle of nowhere… That is always a good idea. (Not, it is not!)

She shows up at what looks like an abandoned factory and police greet her. Julia continues to investigate and winds up with a problem. We meet Allie (Lin Shaye) who is delightful in a deranged, fascinating type of way but Allie already knows that. June Cleaver meets “Serial Mom.” She just plays it so good. Lin Shaye is a treasure.
We find out from Allie that Jebediah is full of evil secrets. Julia was looking for him and he shows up. The mystery of the film causes Julia to be at an insanity where she may not come back from. 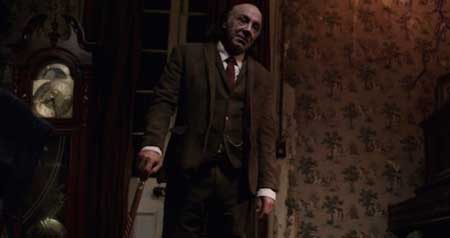 Jebediah is killing to find a way to connect the current world with the afterlife. The effects in the film are good. By the time the film ends you wonder why Julia didn’t just go home instead of giving in to her sanity and killing someone she could have potentially loved. The “house of a thousand tragedies” took over.

The gasp, the shock and awe…. Allie pledges her daughter! Her daughter, Julia! Oh, Lin Shaye, why? This film is delectable. The way the actors progress and move about the house, the “Abattoir,” full of horror, mystery and terror with a little love in the end.