Film Review: Prince of the Night (aka Nosferatu in Venice) (1988) 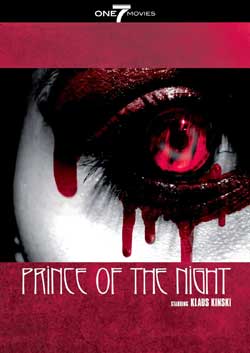 A sequel of sorts to Werner Herzog’s Nosferatu the Vampyre (1979), this movie tells the story of Nosferaut (in lieu of Dracula) going to Venice in what seems to be his attempt to finally find peace in death that he’s been yearning for.  During the Carnival of 1786 Professor Paris Catalano (Christopher Plummer) is the vampire hunter who has tracked him to Venice. He stays with a family who, according to the legends, has Nosferatu trapped inside a tomb of their basement. After a séance, they awaken the vampire and the fight ensues. 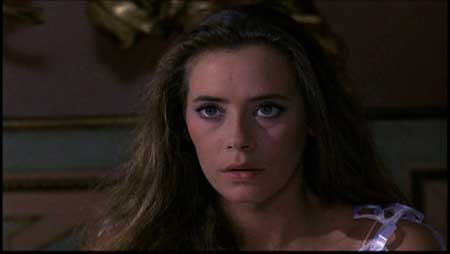 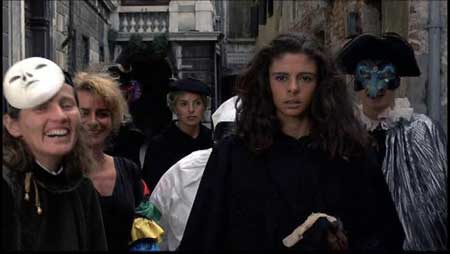 This movie could have been a great vampire movie if it hadn’t been for production troubles throughout filming. The movie saw a few different directors and changes during shooting.   The plot occasionally does make its mark, but for the most part is a mess. Klaus Kinski reprising his role of Nosferatu from the previous film refused to shave his head, so he sports a long, white mane of hair. This doesn’t stop him; however, from giving a good performance. He’s evil, sadistic, and at times hauntingly charismatic.

This movie dons some beautifully moody scenes showcasing fog covered cobblestone streets, hazy skies, and people standing in a mist that almost seem ghost-like in appearance. The music by Luigi Ceccarelli is also mood aspiring and adds a feeling of dread and despair. 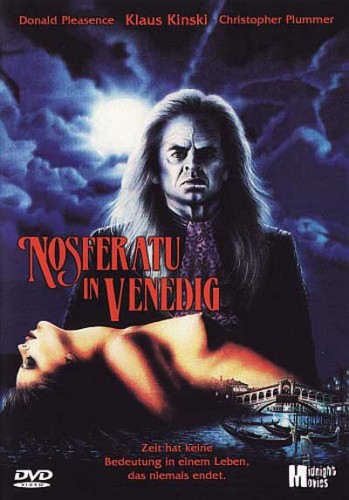 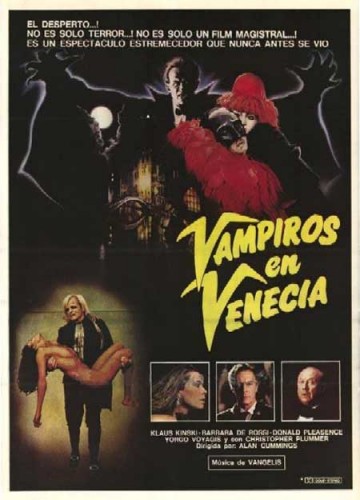 Aside from Nosferatu and aforementioned Paris Catalano, we have the princess Helietta Canins (played by the beautiful Barbara De Rossi) and a cowardly priest Don Alvise (Donald Pleasence) who doesn’t really do much but stand around in the background most of the time. We meet other characters but we never really get a sense of who they are or why they are there. We have gypsies who for some reason assist the vampire to the extent of even letting him feed on one of their young girls. We have Dr Barneval who has an attraction to Helietta evening sharing a kiss with her in front of his wife during a costume ball. We have the grandmother who manages to skulk around looking almost zombie-like until she is pushed out of a window and impaled on an iron fence.

Christopher Plummer tries to give a strong performance as the “Van Helsin” type vampire hunter and seemed as though he would give a strong performance during the first half of the film, but then after suffering a minor defeat by the vampire, our hero just decides to leave town and not come back. Several other characters seem to attempt to do away with our vampire but most of them also disappear without a trace. 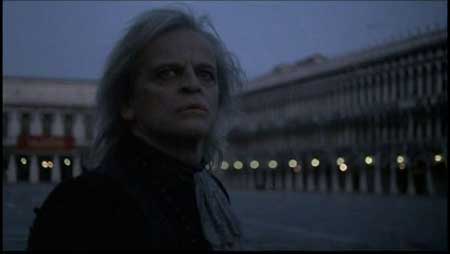 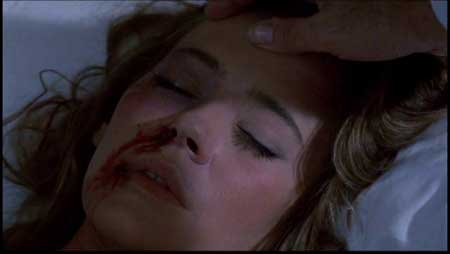 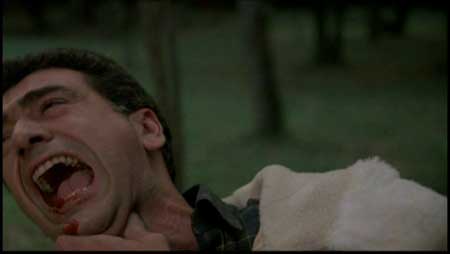 This movie almost does away with all the myths of vampires. Nosferatu is not affected by stakes through the heart, can hold a crucifix, walk around in daylight, casts a shadow in mirrors and only has to sleep for 24 hours every 24 days. We find out that there are only two ways to be rid of a vampire. One is to drink mercury, which apparently is the only known substance to harm vampires, or to be given love by a virgin.

We have a movie that doesn’t seem to have any type of ending at all.   I enjoyed watching this movie due to the atmosphere, cinematography, music, De Rossi, and because I love vampire films, but it’s a shame this couldn’t get the attention that it needed. It could have truly been a great vampire film instead of something that ends leaving you feeling empty and wanting more.