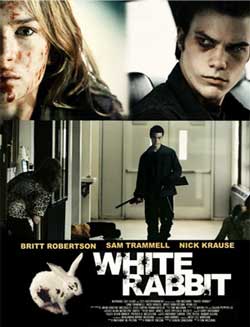 After a tormented youth is bullied in school he begins to have hallucinations and reflections about the rabbit his father forced him to kill on a hunting expedition. Will Harlon be able to cope with the prophetic voices in his head or will he succumb to his inner demons?

From the opening sequence White Rabbit begins with a very ominous, forboding tone. The audience is privy to a narrative, suspected to be one Harlon, a teen angst that has endured a life full of ridicule and abuse. We’re not entirely sure who the interviewer is during the narrative but as the plot begins its gradual escalation the undeniable impression there is a psychiatric worker present. 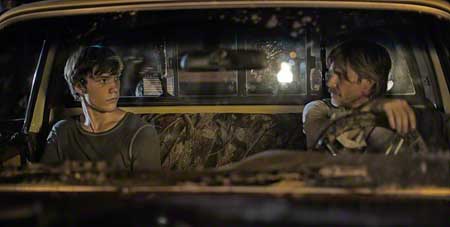 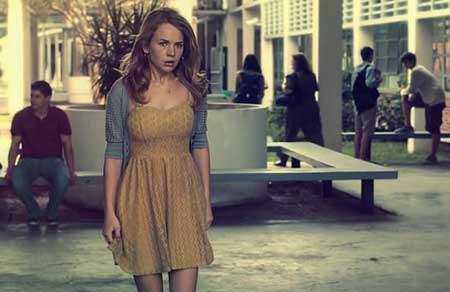 We’re introduced to some back drop or exposition, a clue into Harlon (Nick Krause) ultimate demise. Arguably the scenes are depicted in a somewhat stereotypical sense portraying a lower class family in trailer park conditions. In another sense their impoverished living conditions are a foreshadow of the interpersonal obstacles a sensitive child such as Harlon may face.

The pivotal point in the plot is of course the impromptu hunting expedition in which Darrell (Sam Trammell) attempts to make men out of his boys and takes them hunting. One can sense the reluctance in Harlon and the audience virtually feels his dread as he’s coerced into shooting a fallen rabbit. The boy’s reluctance in killing his prey suspends the audiences’ sense of unease.

A fixation develops within Harlon as he begins to mature and finds an emotional release with firearms. The director does a pretty decent job of laying out the blueprints for such a sensitive subject matter. From a societal perspective we are often influenced by the media and forced to hate a wielding gunman in the throes of tragedy. Director Tim McCann in this case does an exquisite job with exploiting the viewers; perception. We witness how Harlon comes completely undone. He cannot be held one hundred percent for his actions as the system as failed him. Society has failed him. We’re as much of the social issue as the killer is and McCann pulls no punches in illustrating this. 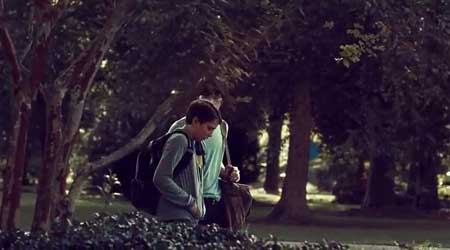 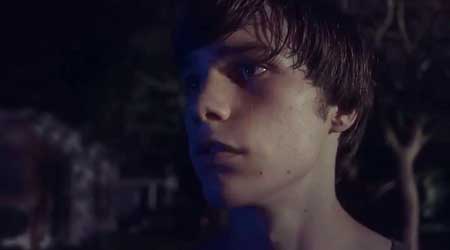 Scenes surrounding the preacher’s sermon provides subtle conflict for Harlon as he hallucinates for the first time seeing the rabbit. Dissociation comes to the forefront as we witness a more prominent descent into the abyss of madness for the troubled youth.

While the plot appears to move a little on the slow side for your typical horror flick the bullying scenes will ratchet the nerves of most viewers. The plot continues to escalate forever conjuring the character’s despair. Harlon begins to speak back to his hallucinations one cannot deny that all bets are off in terms of his psychological well-being.

A plethora of circumstances unfold that provide additional trauma unto the main character’s life that would rattle even the most balanced of individuals. The director does an outstanding job of honing in on the idosyncracies of his downfall much to the disdain of the audience.

The plot takes an interesting twist as we see Darrell begin to soften towards his son and offers fatherly advice in the only manner his own sense of distortion will enable.
As a result Harlon sinks further into despair as the audience gets the impression something is going to snap and soon.

We sense a dramatic shift in plot structuring as Harlon seems to develop a healthy love interest. 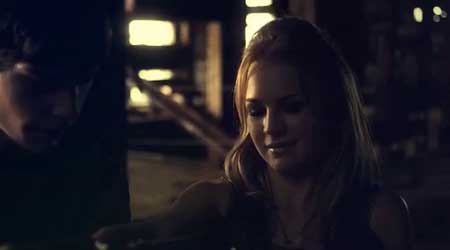 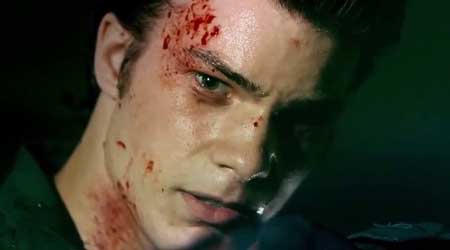 At first glance one may predict that the plot may take an inevitable turn. Rest assured the action that unfolds will have most viewers writhe in their seats. While most will argue this isn’t really a horror film in the first thirty to forty five minutes, the surreal action that unfolds is the worth the cost of admission alone.

Perhaps the most enduring scenes are with Harlon and the way he frolicks with Julie. As the audience we anticipate a different turn of events in comparison to the way our self-conscious may blue print it for us.

When Harlon sees his adversity meeting up with his love interest the true horror beings. This is a most unconventional review for yours truly. Rest assured for a reason I’ve constructed it in this manner. Stick to yourself you can bank on that. For you never know when you may be stricken with a dose of the infamous White Rabbit.