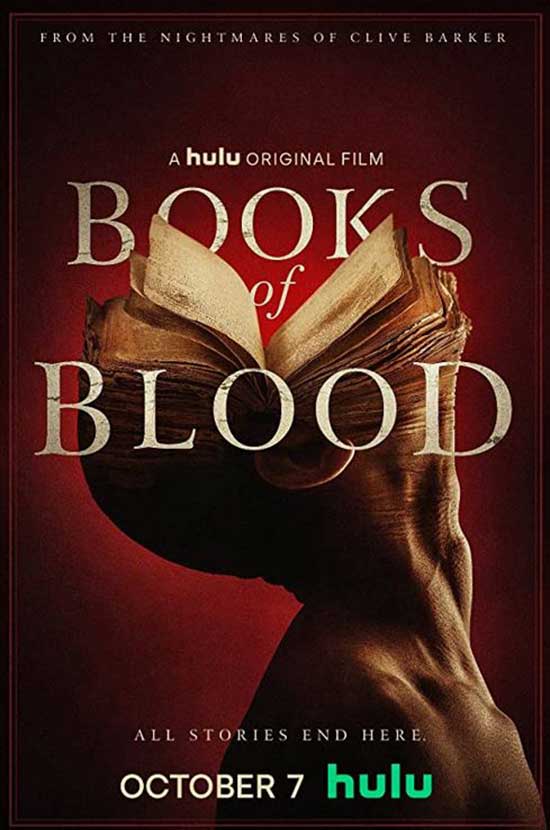 Three stories of blood intertwine for an anthological story about the dead.

I was super excited going into this movie. Partly because I am a big fan of Clive Barker and his writing/stories, and also because of the harrowing concept of the narrative. I was left with a complex feeling after watching it. I liked a few parts of it but was left wanting more in others. Allow me to expand on these feelings. 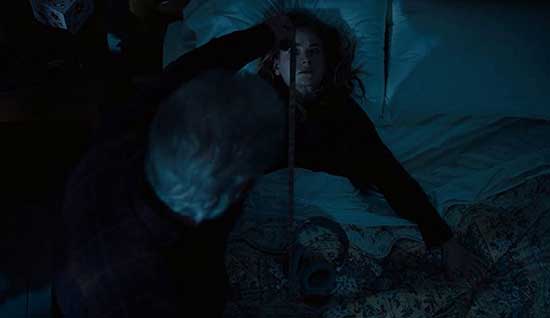 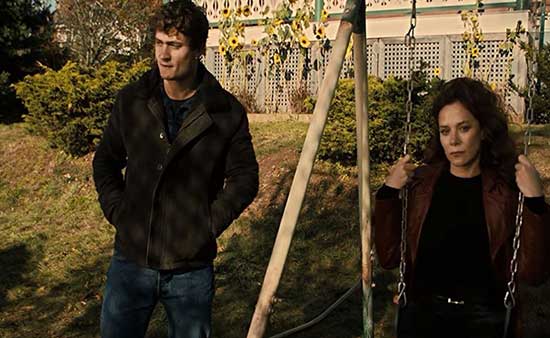 The movie starts out with two men hunting down the “Book of Blood”. They approach a book seller and kill him when he won’t reveal its whereabouts. From here, things branch off and we meet Jenna. Jenna is a mysterious character with a troubled past. All we know at first is that she was a part of an incident at school and has some severe mental health issues. After being fed up with her parents, Jenna runs away and buys a bus ticket to Los Angeles. She is seemingly being followed from the bus station and onto the bus which prompts Jenna to get off early, which lands her in a strange town. A bed and breakfast is what she chooses for her nightly escape.

I was definitely intrigued at this point, and was wondering what was in store for Jenna. It was different than what I had imagined. Her hosts at the bed and breakfast seemed so loving at first… almost too loving. I was right. This seemingly sweet couple is keeping bodies in their homes and they see it as something to be proud of. I’d tell more but I don’t want to give it all away, it gave me quite a shock. Anyways, Jenna manages to escape but ultimately ends up in a deadly situation. 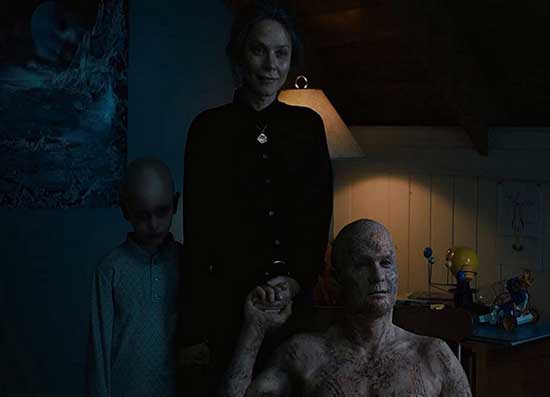 Here is where things shift to Miles’ story. This is where Barker’s short story adaptation comes into play. I’m not sure if it’s because of my love for the short story, but this was my favorite part of the film. It tells the story of Mary, her son Miles, and a man named Simon who claims to be a speaker of the dead. Miles was Mary’s son who died of leukemia, and Simon visits Mary and says he has a message from beyond the grave from Miles. Mary is portrayed as a woman of science and is skeptical of Simon’s abilities until she puts him to the test in front of her students. She is convinced then and works with him on convincing other people of the afterlife. We soon learn, however, that Simon is a fraud and has conned Mary into believing him to have been in contact with her son.

On her own accord, Mary finds out that her son really is with her in ghostly form and makes a deal with the dead to get revenge on Simon and have their real stories told. Mary then gets Simon to interact with the dead once more and that’s when all hell breaks loose. Simon becomes the book of blood. This is my favorite part of the film and from here on out, everything comes full circle and we get back to the men that are trying to hunt down the book. We are also reacquainted with Jenna and find out her terrible secret. I love how things tied together here. The twisted tale ends with Mary, Miles, and the book of blood himself. He truly ends up being the speaker of the dead and tells the stories of those we run into in the film. 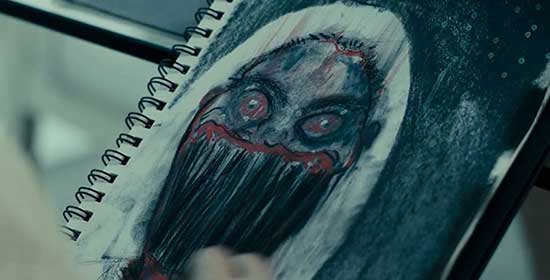 The thing I enjoyed most about this movie was the intense creep factor. From the effects to the music to the story itself. I can easily say I was creeped out during the entire run-time. I found the acting to be well done too. Britt Robertson as Jenna and Anna Friel as Mary offered amazing performances. They felt really genuine, which made the whole experience scarier because I was immersed.

On the other hand, I feel like the plot could’ve been handled with a lot more finesse. While the end came together for me, the rest seemed muddled. Jenna’s story was kind of disjointed and by the time we run into her again, it feels cheapened. I would’ve preferred if it followed a more linear structure with everything coming together at the end seamlessly. I also wasn’t taken with all of the other stories besides Mary and Simon’s. They paled in comparison because not as much time was spent on them, especially the parts with the book seekers. They felt like an afterthought to me.

Overall, I am glad I watched this loose adaptation of one of Clive Barker’s most iconic stories. It was wonderful to see that he was involved in it and it managed to keep me creeped out. I didn’t enjoy the layout of the plot though and felt that the entire experience was discombobulated.

Due to the equality of pros and cons, I give Books of Blood a C.