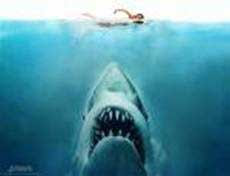 When you think of a Horror Movie Director you get visions of John Carpenter, Wes Craven, Clive Barker and of course Steven Speilberg. Steven Speilberg you might ask? Well some of his more recent movies have been less than horrifying besides for their lack luster content, but he has made some pretty terrifying films to start.

His 1975 release of ‘Jaws’ still makes me tread only so deep in the ocean’s waters. A masterful film that even watched by today’s standards of special effects is still awe-inspiring

‘E.T. The Extra-terrestrial’ (1982) is far from a horror flick, per say but show it to any pre-teen and I assure you, they will wake up with a night mare the time tell gauge that you saw a scary movie. Same goes for his Jurassic Park movies, maybe not nightmare inducing to the adult intellect, but to an 11 year old, enough to send them straight to Mom and Dad’s bed in the middle of the night.

Ok, moving on to the real masters, John Carpenter has done a lot of horror movies and established himself with the twice repeated Halloween series.

Carpenter actually started off shooting home movies in the 60’s and moving into short films with such titles as ‘Terror from Space’ & ‘Revenge of the Colossal Beasts’ his 1st feature length debut was a science fiction movie/dark comedy ‘Dark Star’ which grew from a project he was doing as a student at the University of Southern California. Carpenter later filmed ‘Assault on Precinct 13’ circa 1976.

Before ‘Halloween’ Carpenter did a TV land project called ‘Somebody’s Watching Me! 1978’ I vaguely remember seeing this as a young boy and scared the ‘you know what’ out of me. So much so I remember finishing the whole movie before my parents (playing cards with friends) realized what I was watching.

I was so sickened by it as my father carried me upstairs to go to sleep, I made my own ‘Exorcist’ scene all over his shirt… sorry Dad! 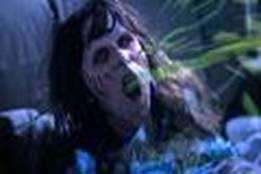 1978 also birthed his notorious ‘Halloween’ which was quickly viewed by the masses and described in detail to me as a young lad with huge curiosity as now I was hooked on Horror and wanted every gory detail of the film as described by my Mother’s friend to my Mother’s objection.

‘Halloween’ was produced for a meager $320,000 but grossed an astounding $60 million in the USA alone which was still a staggering amount for the day probably close to $200 million in today’s market.

Carpenter joined forces with Stephen King to film King’s novel ‘Christine’ in 1983 another Horror classic and often confused on who wrote and or directed. Carpenter jumped around in genres with hits like ‘Escape from New York’ 1981 ‘Starman’ 1984 where the most memorable line from the movie, after Jeff Bridges is an Alien from another world that is re-incarnated as a woman’s dead husband observes her driving, later to take a spin behind the wheel.

He comes to a yellow light and floors the gas (previously watching his wife do this) races through the busy intersection and causes a pile up accident. His wife screams at him for him to only reply “Green means go, Red means Stop and Yellow Means go Very Fast!” killer line…

Wes Craven has produced some memorable films as ‘The Hills have Eyes’ 1977, ‘The Serpent and The Rainbow’ 1988, ‘The People Under the Stairs’ 1991, ‘New Nightmare’ 1994, ‘Dracula 2000’ 2000 he started off with a Masters Degree from John Hopkins University in Writing and Psychology (an interesting combination) he actually took a job as a teacher, then a short stint as a taxi driver before landing jobs as a sound editor.

Wes made the film ‘The Last House on the Left’ 1972 which was a big success leading him into ‘The Hills Have Eyes’ 1977. Both the former and the latter have since been remade with more up to date glitz and Hollywood slasher glamour.

His probably most famous film was ‘A Nightmare on Elm Street’ which for me was a crazy film, considering I had a girlfriend who lived on Elm Street in The Last House on the Left which dead ended into a grave yard! Talk about having scared teenage years! I wonder what ever happened to her…
Clive Barker.

Barker was born in Liverpool England. He went to Liverpool University and studied English and Philosophy. Primarily an author but quickly became involved in Producing as well as Directing. He Directed ‘Hellraiser’ 1987

He also was involved in brining ‘Razorline’ to life in a Comic book form. This was produced in conjunction with Marvel Comics. Barker has written over a dozen novels from 1985 to the present.

Probably his most famous work is ‘Weaverworld’ 1987, which rumors are always floating around that he will eventually bring this to the big screen. Little know is one of his first books ‘The Thief of Always’ 1992 was written as a children’s book, kind of… He is probably the most well rounded artists in the Horror Entertainment industry to date. (Next to me of course!)

In 2003, The Davidson/Valentini Award at the 15th GLAAD Media Awards. This award is presented “to an openly lesbian, gay, bisexual or transgender individual who has made a significant difference in promoting equal rights for any of those communities”

This kind of hit me about as equally as when I found out Freddy Mercury was gay. (Yeah, I had no idea.) I mean these guys were really REALLY happy!