Sarah and Josh are a young married couple who, after a car accident, has their lives start spiraling out of control when Sarah starts having what seems to be night terrors, and soon after becomes pregnant even though Josh claims to be sterile. Sarah hides a camera and soon realizes a horrible secret that is beyond her grasp of reality.

This movie opens with a story of a young boy who overhears a horrific fight between his mother and father. When he goes to investigate, a door opens and his mother, bloody and screaming, yells for him to get help.   We then cut to a scene with police surrounding the house and the young child sitting outside. A police officer asks his name and is told it is Dale. Next, the father walks out, covered in his wife’s blood, and runs from the police and is gunned down off screen. After another officer finds the wife, he runs out retching after his gruesome discovery. Next, Dale goes in to see his movie. Suddenly, her legs move.

Our next scene is several years later, we meet Josh (Matt Passmore) and Sarah (Katie Walder). A young couple suffering with some emotional battles with each other we learn that Sarah was involved in a car accident. She also wants a baby but Josh is not ready for that yet. We learn later that Josh is sterile but he doesn’t divulge this to Sara, knowing it would upset her.

Moving in across the street is Dale (Nathan Keyes), now an adult and living alone. Sarah and Josh, being good neighbors, welcome Dale to the neighborhood with a plate of cookies. Dale is immediately smitten with Sarah but is noticeably upset that the cookies are not “homemade” but accepts them graciously.

Sarah begins suffering from blackouts and waking up not only in different rooms, but wearing different clothes. Seeking help from her doctor and friend, she tells Sarah that she’s suffering from night terrors. All the while, Dale keeps finding reasons to see and talk to Sarah even though she has no interesting in talking to him. As she starts to believe that Dale is something more than he seems, she sneaks into his house and finds strange pictures of different women. She suddenly awakens in her house unaware of anything that has happened.

As we watch Sarah continue to suffer through these terrors, we get a glimmer of good news when Sarah finds out she’s finally pregnant. That good news is short lived when Josh finally tells her that he’s sterile and he leaves, believing that she’s been cheating on him. Sarah, now alone, and afraid of what is happening to her begins to suspect that someone is getting into her house. She decides to install a camera hidden inside the smoke detector in the bedroom ceiling.

What happens once she starts viewing the camera will thrust her into a nightmare world that she would never have dreamed possible. Now she must try and survive the horror that is consuming her life.

I wasn’t expecting much when I started this movie, but I have to say that I was very pleasantly surprised how good this movie was. I’ve been trying to recollect seeing a movie such as this before, and I’m having a hard time coming up with one. Sure, there are similarities to other movies involving night terrors, mysterious pregnancies, being stalked by a creepy guy, but the underlying plot and the ending really did surprise me in a good way.

The acting in this movie is excellent. Sarah, while annoying at times, is believable as the suffering wife trying to figure out why she’s having these horrible blackouts. Josh tries to be supportive but just isn’t really able to be the husband that she wants him to be; but the stand out character is Dale. Dale is an all-around creepy, scary guy. He’s the kind of guy that you would literally want to cross the street just to avoid having to talk to. We get flashbacks of his past and find out who he really is and it is truly terrifying to watch his secret unfold.

Along with good acting, we have what I think is nice dark cinematography, ominous music score, and a storyline that really makes you feel scared for Sarah and others involved. 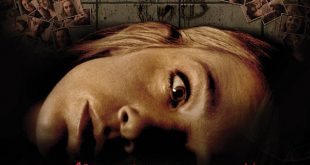