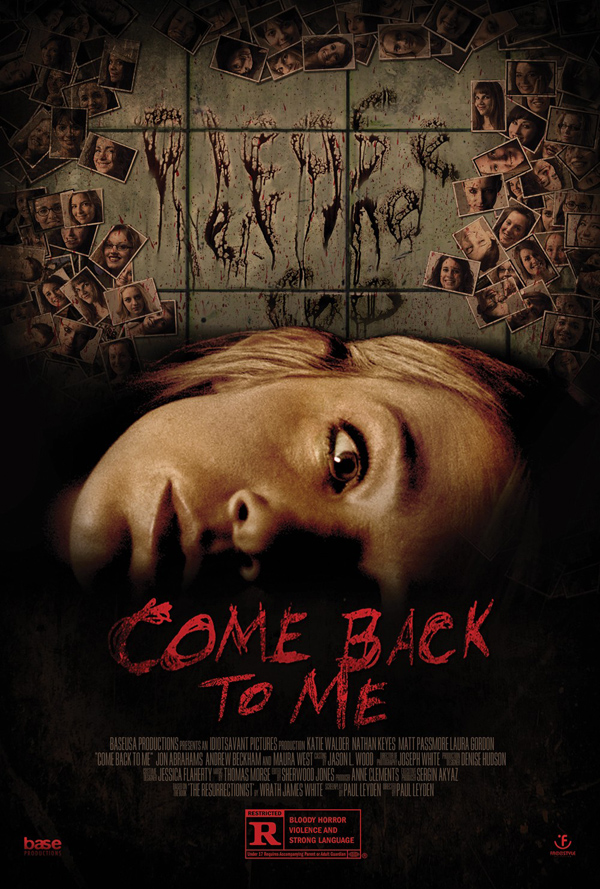 Sarah & Josh are married suburbanites. After a car accident, Sarah suffers blackouts & ends up pregnant though Josh is sterile. As her life spirals she hides a camera in her home & unlocks a horrific secret with far-reaching consequences.

Based on a book (The Resurrectionist) by Wrath James White, Writer/Director Paul Layden’s Come Back To Me is something of an odd bird. It almost seems to be two separate films at times, but eventually comes together to offer a pretty unexpected kick to the head as it reaches its unexpected ending. Unfortunately, it takes a slow, near languorous route to get there.

Sarah (Katie Walder) & Josh (Matt Passmore) are a young married couple living in Las Vegas. Josh works at one of the local casinos while Sarah is working on a dissertation to get her graduate degree. All was relatively well up until 3 months prior when Sarah was in a car accident during which she banged her head pretty severely. The accident left her with some strong anxiety issues, but she has a friend, Leslie (Laura Gordon), who just happens to be a doctor and is helping Sarah out as much as she can. Into Sarah & Josh’s lives comes Dale (Nathan Keyes), who moves into a house across the street. Dale is particularly odd though and as soon as he arrives, things start getting worse for Sarah as she experiences sudden blackouts and extreme night terrors from which she wakes up out of breath and sweating profusely. The night terrors Sarah’s going through aren’t helped by her medication she’s been taking, and oftentimes she finds herself waking up in a completely different place from where she remembers going to sleep. In addition to all of this, she suddenly finds that she’s pregnant, but Josh is sterile (something he never disclosed to her), so he thinks she’s having an affair. 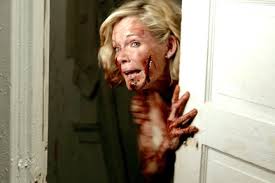 Sarah isn’t sure, but she feels that Dale is somehow responsible for all of this. So, taking some advice from Leslie, Sarah installs security cameras in her bedroom to try and discover exactly what’s happening to her after she falls asleep. What she eventually discovers is so unbelievable that she can’t believe her eyes! And when she shows Leslie what the cameras recorded, it throws her life into a tizzy as well (did I mention that Leslie is also pregnant & due any day?). The rest of the film entails Sarah’s efforts to save herself, Leslie and her unborn child from the unrelenting evil that they see on the video. But what can they do? And how does Dale factor into all of this? 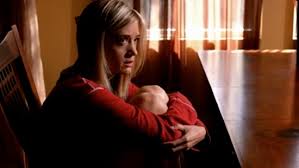 What director Layden wants us to believe is that Come Back To Me is a pretty standard psychothriller, and for awhile that’s exactly what it is. But after an extremely gruesome (& interesting) beginning, the whole thing slows down to a near crawl as he attempts to delineate the few characters he has in his script along very precise lines. While this wasn’t really a problem for me as I found myself drawn into the story, its languid pace will most definitely be a problem for others. It’s almost as if Layden goes out of his way to make everything happen slowly. But when Sarah makes her discovery, the entire film is turned on its ear and it becomes a lot more than the sum of its parts would have you believe. As a matter of fact, the big reveal is so out of left field, it’s quite the accomplishment that Layden manages to keep the whole thing from derailing completely – it’s that harsh. 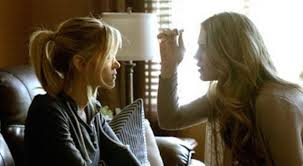 Walder is effectively angst filled as Sarah, and her petite size belies one hell of a hearty scream. Passmore doesn’t have a lot to do at first, but his character does have a semi interesting arc as the film continues. And although she’s relegated to the sometimes thankless “Best Friend” role, Gordon kind of steals the show as Leslie. Keyes has the “Creepy Neighbor” shtick down pat, but still looks a little too young to be living on his own as the film would have us believe. Layden’s script is fraught with agony, but a lot of that agonizing is hidden by the film’s leisurely pace. You really don’t feel it until the final third of the film, and even then it’s so out of left field, you just might wonder “WTF was he thinking?“. There aren’t a lot of flashy special effects to be found here, a modicum of blood maybe, but nothing too egregious – it certainly isn’t a gory film. But it doesn’t need gore to make you nervous, and once you discover what the hell is going on – you will get unsettled. 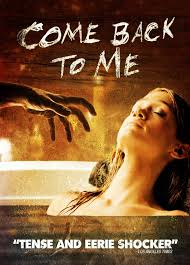 But it takes such an unfortunately slow route to get to the good stuff that I fear a lot of you will get turned off by it before getting to that final third, and that’s a shame because it is pretty intense and different. As a matter of fact, Come Back To Me has one of the most f*cked up endings I’ve ever seen in a film (& seeing as I’ve watched a LOT of horror films, this is saying something). It’s totally unexpected, but actually makes a lot of sense afterwards. Make of that what you will, you’ll just have to see it and make up your own mind. Come Back To Me is so agonizingly close to being a great horror film it kills me, but there are severe pacing issues and a few other nagging issues that keep it from attaining that lofty goal. But I’ll tell you all this much, it’s damned good and I’m recommending it to all of you who think you’ve seen it all.

Trust me. You haven’t.