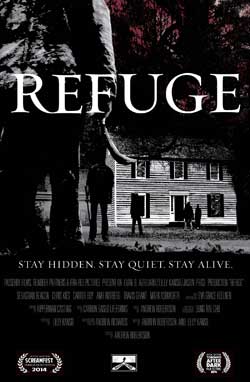 Refuge is a suspense-thriller about a family struggling to survive in the wake of a great catastrophic event.

The post-apocalyptic worlds that are set up in different movies, television shows, and books are fascinating. They are able to include modern amenities while also creating a dependence upon items that do not require replenishment. Weapons tend to revert to blunt items rather than guns which need ammunition. Travel necessitates vehicles that don’t need gasoline in order to run. In order to see in the dark, people must learn to use candles and torches instead of electrical lighting. This blend of old and new in a rundown society that lacks civilization helps to create some of the most entertaining tales in film.

Another addition to the post-apocalyptic subgenre is 2014’s Refuge. The movie tells the story of a family living in a post-apocalyptic world who are forced to go on the run after a group of outsiders attempts to murder them. When Jack (Carter Roy) finds an injured Russell (Sebastian Beacon) on the side of the road, he brings Russell into his home to heal his injuries. Russell’s old gang comes to the house seeking him and threatens the lives of everyone in the house. Russell convinces Jack and his family to head out on the road, seeking a safe haven where Russell’s brother is living.

The world set up in Refuge is bleak, though not as bleak as it could have been. It looks like a neglected version of civilization as it is currently known. The cause of this was a virus that wiped out much of the world’s population. In the present day of the movie, there are fewer people, which has caused things to fall into disrepair. Places are dirtier and people are more immoral. Gangs roam around pillaging whatever goods they want from other people, living or dead. There is no longer any form of law to stop these acts of treachery. This is the kind of moral inspection that intrigues me.

Yet, only hints of this kind of morality are brought into play during Refuge. In the beginning of the film, Russell is shown to be a caring man who will not steal goods from houses in which families are living. He begins to contemplate leaving his gang when the rest of the members decide to attack a house in which there are people. The depiction of people becoming more violent and animalistic is well portrayed through Russell’s relationship with his gang during these moments as well as when the gang comes after him later in the film. This is further illustrated later in the film with the use of visually violent and mentally violent scenes of murder and attempted rape. There is no longer any protection against the cruel nature of people left to their own devices. Lilly Kanso and director Andrew Robertson crafted a story that was able to show this side of the human psyche. The problem is that these moments are few and far between.

The majority of Refuge focuses on the journey of Jack’s family from the confinement of their home to the possible safety of a larger group. The movie isn’t bad at showing this story of struggle and travel, but the focus on that aspect rather than the world takes out some of the depth that could have been there. It’s probably not fair of me to criticize this movie for what I wanted it to be when it is not that, but it hinted at what I wanted. It gave me small tastes of something more interesting and never capitalized on that material. It made me wish for more and feel disappointment when I didn’t get it.

As for the rest of Refuge, everything was satisfactory. The acting was good enough to keep the movie watchable. No performances went above and beyond. The direction was the same way. It didn’t do anything exceptional, but it held its own and made for an easily digestible movie. The look of the movie fit the world in which it took place. It was simple, a little gritty, and dirty looking. That is what the world was set up to be and the cinematography suited it well.

My main problem with Refuge was that the story did not delve as far into the world as I wished it could have. That’s not too big of a deal. I still enjoyed the movie, as simplistic as it was. It was an entertaining enough little travel movie with bursts of action throughout. Nothing about it is particularly bad. The movie simply didn’t reach the full potential of what it had built with the world. That’s the issue I have with it. Other than that, it is a movie that is worth a watch. I wouldn’t recommend seeking it out. However, if you stumble across it while searching for something to watch on a lonely Friday night, this is a movie you could turn on and enjoy for the hour and a half that it is on. 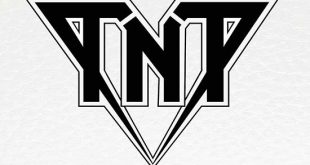 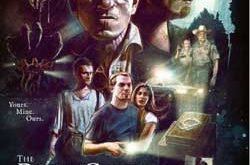