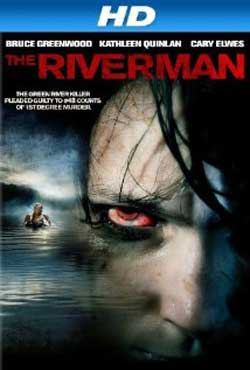 Based on the book “The Riverman: Ted Bundy and I Hunt for the Green River Killer” written by Robert D Keppel and directed by Bill Eagles, this made for TV movie is based on a true story of how investigators were assisted by Ted Bundy (already in prison) find Gary Ridgway aka The Green River Killer.

Gary Ridgway was convicted of 48 separate murders but claimed that there were twice that many. He murdered numerous women and girls in Washington State and California in the 1980’s and 90’s. He would strangle them in various ways and then dump the bodies often returning later to have sex with the bodies. 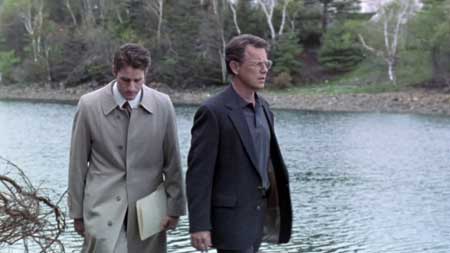 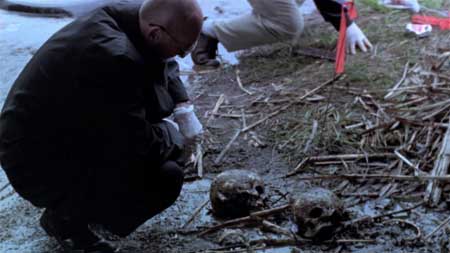 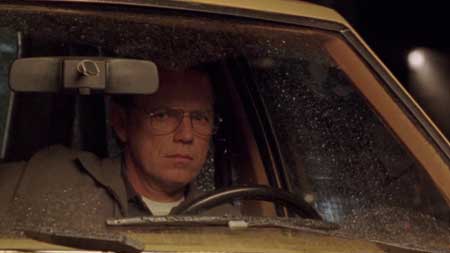 In this movie, lead investigator Robert Keppel (Bruce Greenwood) while investigating the murders would frequently interview Ted Bundy (Cary Elwes) who would offer his opinions, psychology insights, and motivations of the killer. During the interviews, Bundy led police to the idea of waiting near a fresh grave in the hopes to catch the killer return for sex with the corpse and catch him red handed.

A&E loves to make movies about serial killers and they do it well. There no difference with The Riverman. The Riverman became one of A&E’s highest rated movies of all time and it’s easy to see why. This movie plays out like a theatrical release with very strong performances by Bruce Greenwood and Cary Elwes. While the direction may not be perfect, the actors carry the movie well and it really pays off. You forget that you are watching a made for TV movie. The cinematography is amazing; the music score helps build tension throughout.

The actors portray real characters with real emotion. Elwes’ Bundy performance is cold, calculated, and thought provoking. You never get a clear sense as to why he’s helping with the investigation. Is he trying to make amends for his crimes? Is he trying to get a stay of execution? Is he afraid this killer will out-do his own work? Or is he simply just interested in playing the game with the investigators? You can see how Keppel and Bundy’s relationship mirrors another movie duo in Clarice Starling and Hannibal Lecter from The Silence of the Lambs. Keppel and Bundy become connected in that way that becomes nearly dangerous to Keppel as he’s tried to get away from that life and only teach what he knows, but now he’s drawn back in and risks his life and the life of his family trying to catch a killer using another killer for help. 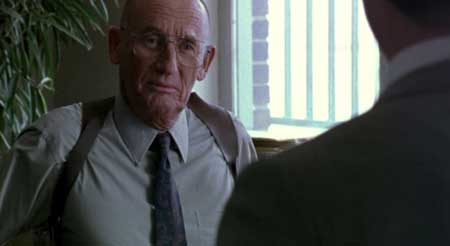 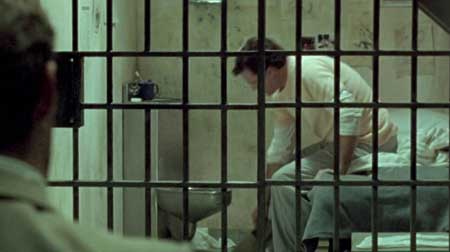 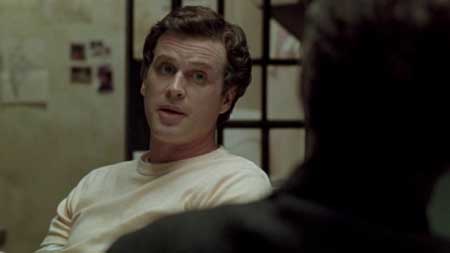 I always enjoy watching serial killer movies my favorite being Silence of the Lambs; however, this movie ranks up there in my top 5 without a doubt. I’ve seen this movie several times and never get tired watching the events unfold evening knowing how it will turn out.

Watching this movie, it’s easy to let yourself get immersed in the story.   You want to hate Bundy for the crimes he’s committed but at the same time you feel he’s portraying a sort of hero by giving clues to the investigators. You see Keppel go from building his life back with his family to it again begins to deteriorate.   The despair in his wife’s eyes as she watches her husband go back to the life he promised to leave. It’s all there and done phenomenally well. 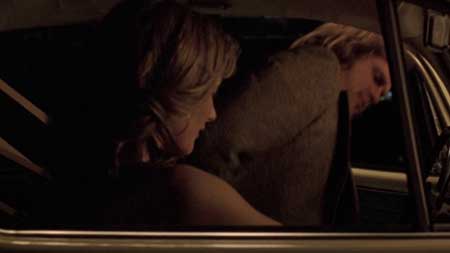 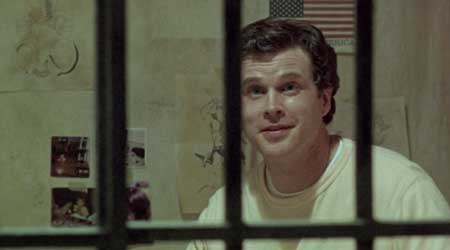 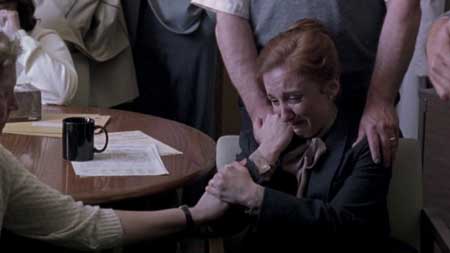 While this movie may not be perfect, the flaws are small and easy to overlook. A mix of strong performances by the actors, the music score, and the cinematography easily hold this TV movie up to any theatrical movie as far as I’m concerned.