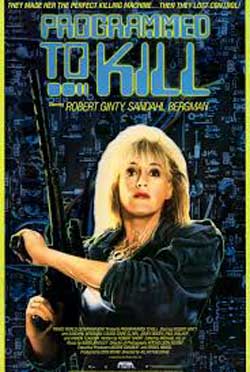 After CIA agents capture a dangerous terrorist they decide to turn her into an even more dangerous cyborg so she can hunt down and kill her fellow terrorist. Unfortunately something goes wrong and she starts killing off the people responsible for turning her into a cyborg (as well as anyone else who gets in her way).

Programmed to Kill is the perfect cheesy 80’s action flick. It’s corny, unrealistic, loud, and silly as hell at times but also a hell of a lot of fun. I had an awesome time watching it and it made me nostalgic for my beloved 80’s. They really don’t make them like this anymore which is a real shame because I liked it despite its flaws.

In general it is a poor man’s Terminator with the always awesome Sandahl Bergman standing in for Arnie. It works though because the killer cyborg is badass and kicks almost as much ass as Schwarzenegger did during his runs playing a nearly unstoppable homicidal robot. She doesn’t mess around and God help you if she targets you as she is one hardcore broad. In addition to The Terminator this film also reminded me of Universal Soldier and even a little of Species (especially in one scene that takes place in the bathroom when our killer robot chick has an interaction with another woman). 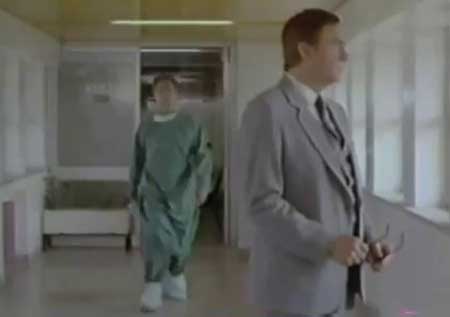 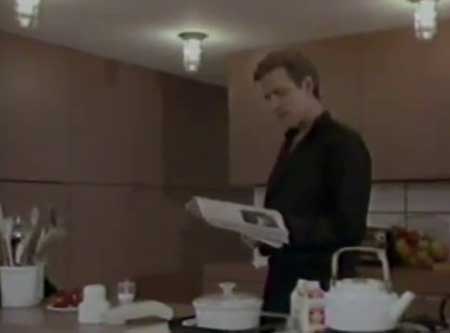 One of the main reasons that I liked the movie was due to the fact that it is violent as hell and has a pretty decent body count. We get numerous shoot outs (which result in a lot of bloody deaths), fun with a bazooka, several snapped necks, and my personal favorite that involves someone getting cut in half with a bulldozer, which is a great scene that made me think of Ripley’s climatic battle with the alien queen at the end of Aliens (it will make sense once you see it for yourself). I was surprised by how much death and destruction too place in the movie and I dug every moment of it. 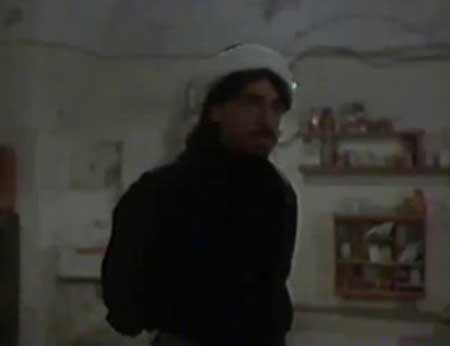 The cast is pretty good too. Bergman really shines as Samira and I found myself rooting for her for most of the movie even though she is the villain. She really gets into the role and you can tell that she had a lot of fun with it (who wouldn’t though? She gets to play a demented cyborg set on killing everyone that wronged her). Robert Ginty is just okay as our hero as he spends most of the time chewing up scenery like there’s no tomorrow but to be honest his bad acting made his character more likable. The poor guy tries his damndest to be a believable badass but he can’t quite pull it off (but it was a lot of fun watching him try) and comes off as about as intimidating as David Hasselhoff. Rounding out the cast was a young Paul Walker (RIP) who does a good job as Ginty’s son. He doesn’t get a whole lot of screen time but in the little time we do see him it is obvious that he is a talented guy. I’ve always liked Walker and thought that it was cool to see him in such an early role. 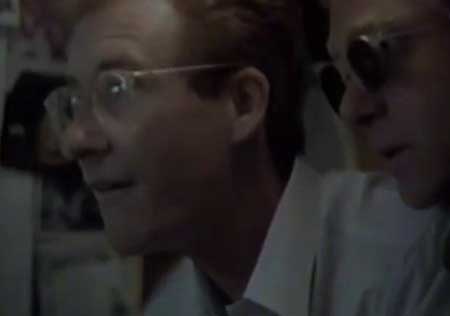 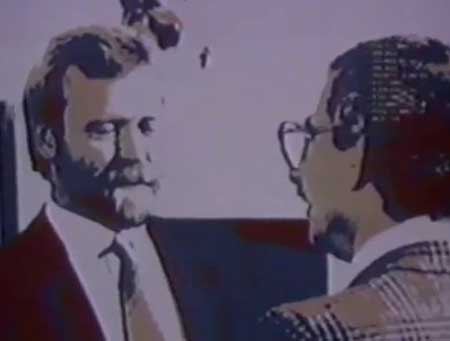 The only real downside is the fact that it takes a while for things to get going. The first 30 minutes or so and pretty slow and boring and I didn’t really care about what was going on. Thankfully things pick up dramatically once the robot chick shows up and kicking the shit out of everyone and the rest of the movie moves along with a fairly quick pace with a lot of stuff going on. If you watch it you’ll just have to grin and bear it for a little bit but once things start happening (and people start dying) it’s totally worth it. 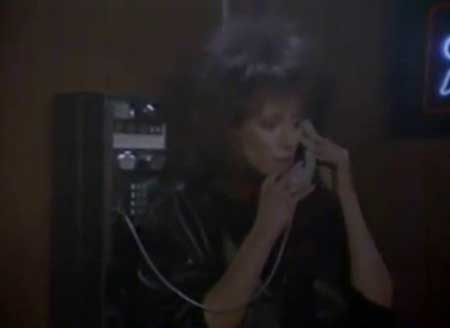 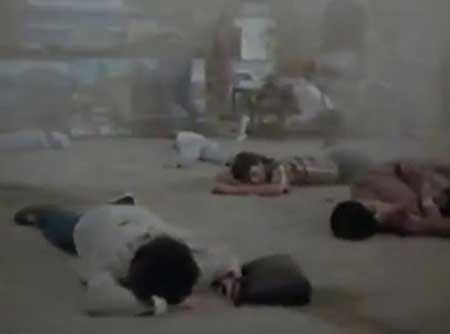 I dug Programmed to Kill a lot more than I thought I would since I’m not really into action flicks (it helped that it has a nice horror film vibe to it at times). It is an awesome 80’s cheese fest and I thought that it was just a fun little movie in general. It’s bad in a good way (I’m really surprised that it never showed up on Mystery Science Theater 3000 at one point during its run as it would have been a perfect candidate) and I thought that it was great in a hokey sort of way. Check it out if you like old 80’s action flicks; I think that you will really appreciate it. 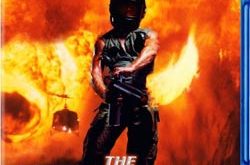