Big fans of the work of director Mike Mendez here at HNN and this one sounds like a crazy, silly good time.

Mike’s next film with return him to the world of giant arachnids  – his last film being of course – ‘Big Ass Spider’.  This time around he’s tackling a different beast though.  Not only are the spiders huge but they breath fire.  Yeah, you read that right – giant fire breathing tarantulas and they are tearing LA to shreds in ‘Lavalantula’.  If it sounds like a SyFy Channel film that would be because it is.

I’m sure you’re thinking – how in the hell could this get any better?  Well, hang on to something!

The film stars more than giant fire breathing tarantulas, it also will herald a reunion of the cast of the ‘Police Academy’ films. Steve Guttenberg, Leslie Easterbrook and Michael Winslow all star along with Nia Peeples.

No official story breakdown but really, what more do you need to know – Police Academy stars attempt to save LA from an invasion of mutant fire breathing spiders.  Boom!  i’m in!

The film is in production now so keep an eye for many updates very soon!  Got some pretty kick ass artwork though, check this out! 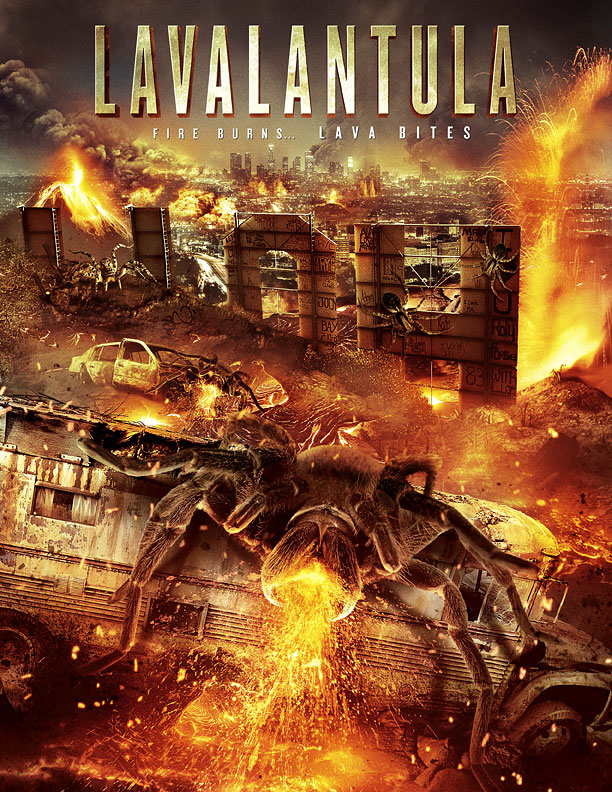