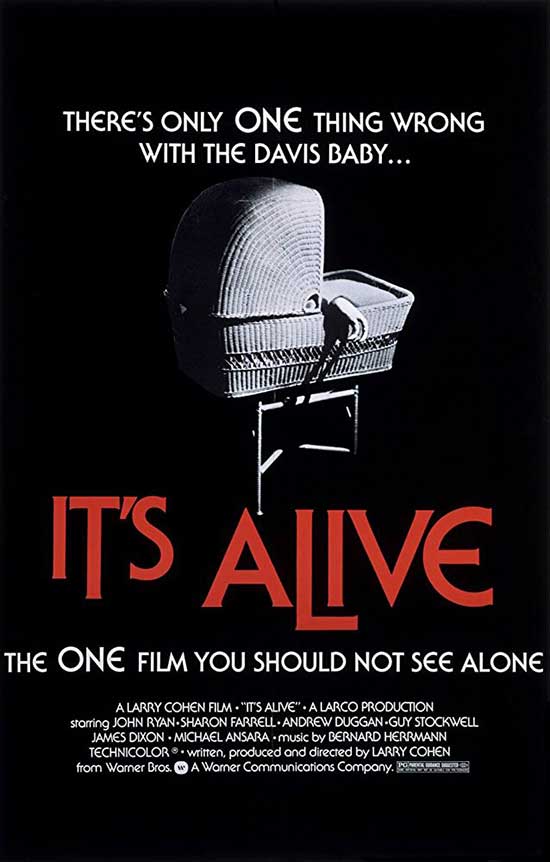 “Heavily pregnant Lenore Davis tells her husband, Frank, that she is in labor. They leave their eleven year-old son Chris with their friend Charley and they head to the Community Hospital. Lenore feels that something is wrong and delivers a monster that kills the team in the delivery room and escapes through a skylight. Lieutenant Perkins comes to the hospital to investigate the murder and the press divulges the identity of the parents. Frank discovers a dark secret about Lenore and the baby.”

There’s plenty of room for argument about director Larry Cohen. His films, when mentioned at all, tend to be dismissed as the lowest kind of hack work. It’s Alive (1974), one of the most successful films of its year at the box-office, appears in a book called The Best, Worst And Most Unusual Horror Films by Darrell W. Moore. It’s in the ‘Worst’ chapter, and is awarded one star out of ten, but I’d be tempted to give it at least nine out of ten. Larry Cohen should not to be confused with the several screenwriters with similar names, one of them Lawrence D. Cohen who wrote Carrie (1976). The Larry Cohen I write about today is the whiz-kid who created no less than eight television series including the science fiction classic The Invaders, wrote at least thirty teleplays and episodes, and then departed from television just as he was becoming quite rich. 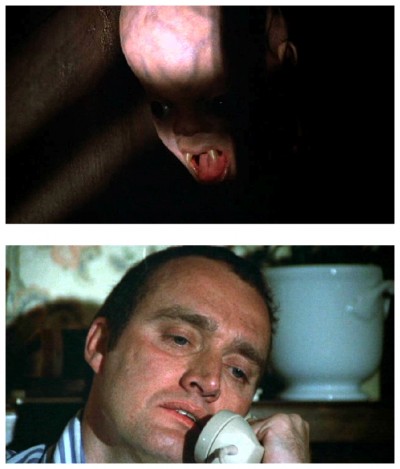 Larry Cohen started his own small production company called LarCo and writes, produces and directs all his own films. There is a case for seeing him as one of the most original, subversive and eccentric of all the Hollywood independents. Since his subversion is usually carried out by low budget horror films, he is not seen as any threat to the establishment, but his horror films are all worth viewing and viewing again, for the extraordinary mileage he gets out of what, in other hands, would be bottom-of-the-barrel exploitation plot ideas. His later contributions to horror include Demon aka God Told Me To (1976), It Lives Again (1978), Q The Winged Serpent (1982), The Stuff (1985), Island Of The Alive (1987), Return To Salem’s Lot (1987), Maniac Cop (1988) and its sequels, Wicked Stepmother (1989) and Body Snatchers (1993). 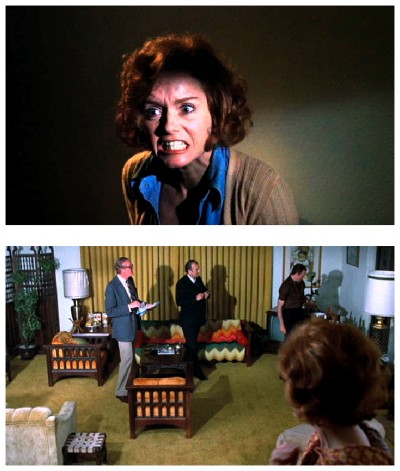 Cohen’s documentary-style drama The Private Files Of J. Edgar Hoover (1976) had a very limited release and the American television networks refused to screen the film because it was thought to be too slanderous. It also reveals the probable identity of Deep Throat, the anonymous tipster who broke open the Watergate Hotel scandal. A slick throwback to the old movie-monster days, though using the topical subject of pollution, It’s Alive was written and directed by Cohen and features a mutant baby which is all claws and teeth and capable of leaping like a gazelle, believed to be the first of a new breed of human being that has evolved to cope with life in an overly-polluted world. Mother Lenore Davis (Sharon Farrell), who has also been prescribed untested medication to help her have her child, gives birth to this hideous-looking monster baby. 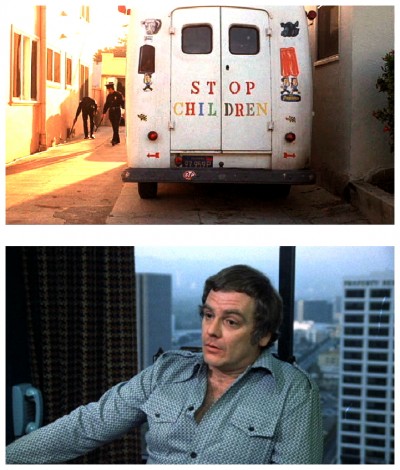 It massacres everyone in the hospital delivery room except for its mother and goes into hiding somewhere in suburbia. Occasionally it emerges, rips apart somebody, and crawls back into the darkness. Cohen has a nice line in black humour too, best demonstrated in a scene where we see a milkman fall victim to the hungry little monster (while the Bernard Herrmann track The Milkman Goeth plays in the background), and Cohen wisely never shows the baby very clearly, instead presenting it in a series of fast, almost subliminal shots. The baby’s father Frank Davis (John P. Ryan in a surprisingly strong performance) becomes a social outcast, wanting to destroy the baby immediately but Lenore, suspecting that the baby has instinctive feelings of love for its parents, wants to save it from the police. Frank moves inexorably from terrified rejection to passionate protection of his offspring, which makes its own way home. 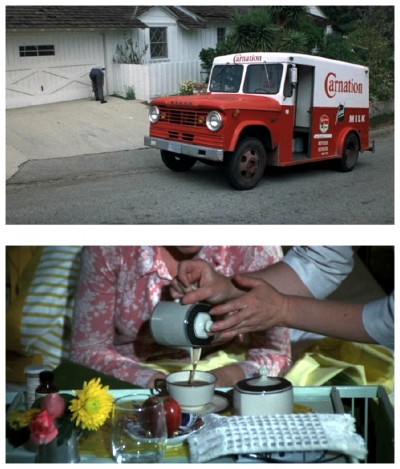 The film ends with a sequence in the storm drains of Los Angeles – in homage to Them! (1954) – which is sufficiently brilliant enough for it to be repeated (probably coincidentally) in E.T. The Extra-Terrestrial (1982), where again the abnormal creature is hunted by the full force of a repressive society and blinded by searchlights – easy enough to do when the audience knows the creature is a friendly alien but, in Cohen’s case, it’s a tour-de-force of sympathy-arousal. It’s Alive is also consistently witty, as in the scene where heavily-armed policemen surround a perfectly ordinary baby, guns at the ready, on a suburban front lawn. The baby looks astonished. The model used to represent the baby is a genuinely nasty creation, the work of a young makeup designer by the name of Rick Baker, with bulging forehead, large unpleasant eyes and a vicious-looking set of teeth. 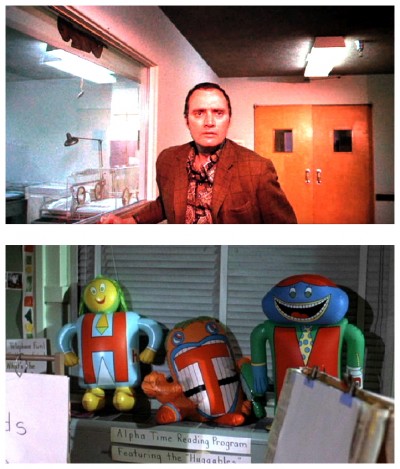 Definitely not a film for expectant mothers, this is a late-night cult movie that is both terrifying and repugnant, dealing with the relevant issue of doctors indiscriminately giving women unsafe drugs, but only so it can use the shameful baby-as-monster premise, which Cohen exploits to the nth degree, and has us cheering for the baby by the time the film comes to an end. Many critics were so appalled at this schlock premise that they overlooked what Larry does with the idea. This is completely different from any other of the many monstrous-child movies of the seventies. The title itself refers back to Doctor Frankenstein’s cry of triumph when his monster first comes to life and, as in Frankenstein (1931), the whole film examines the pathos of the abnormal. 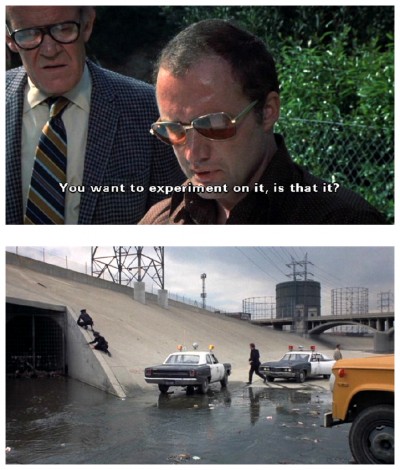 It Lives Again (1978) and Island Of The Alive (1987), also written and directed by Cohen, extended the imagery in two successful sequels, probing even further the rifts in family life and society at large that a mutant offspring may not only reveal but come to symbolise. As for the direct-to-DVD remake It’s Alive (2009), Cohen openly despised the film: “It’s a terrible picture. It’s just beyond awful. I would advise anybody who likes my film to cross the street and avoid seeing the new enchilada.” He was always able to get tremendously good performances from his actors but, more importantly, he was a genuine auteur who, even though he chose to work in the most derelict slums of genre cinema, had shown the big boys just how ambitious fantastic movies can be. May Larry Cohen‘s brand of schlock continue for years! And on that note, whether you like it or not, I’ll be back next week with another bargain-basement B-grader to thrill you, chill you, and fill you with swill with…Horror News! Toodles! 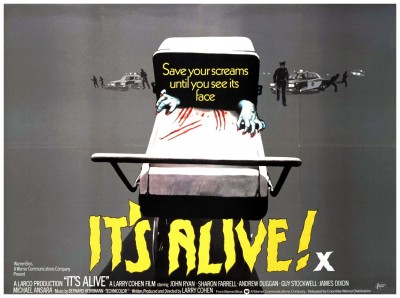 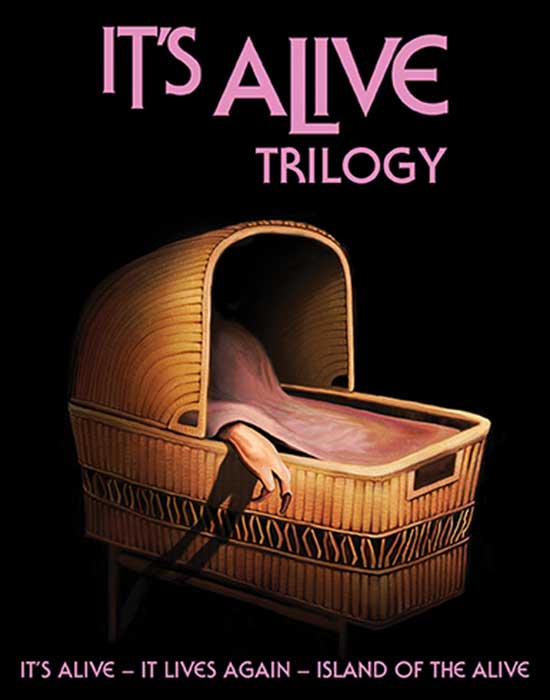