THE IT’S ALIVE TRILOGY
FOR THE FIRST TIME ON BLU-RAY,
WITH NEW BONUS FEATURES,
ON MAY 15, 2018

For the first time on Blu-ray, and in a new, deluxe box set, the It’s Alive trilogy is reborn! On May 15, Scream Factory will release the It’s Alive Trilogy in a 3-disc set packed with bonus features, including new interviews, and new 2K scans of each film.

It’s newborn and … It’s Alive … and murder is what it knows best! A proud couple’s bundle of joy is really a newborn terror in filmmaker Larry Cohen’s cautionary cult hit that tapped into environmental fears. The horror grows when multiple child monsters rampage in the first sequel It Lives Again as two brave parents try to stop them by becoming the bait for their spree. The now global mutants are rounded up and relocated to a far-flung island in It’s Alive III: Island of the Alive. Will a parent’s greatest nightmare become the world’s gravest fear? Find out … if you dare.

It’s Alive is the first film of the classic trilogy from writer/director Larry Cohen about murderous mutants – and its birth was chillingly midwived by the crucial contributions of two Academy Award® winners*: makeup master Rick Baker (who created the makeup and “played” the infant monster) and composer Bernard Herrmann.

Is it human? Is it a beast? Whatever it is, It Lives Again in this second film in cult filmmaker Larry Cohen’s Alive Trilogy. Once again, Cohen brings to the screen a hideous threesome of mutant baby monsters that are the evolutionary response to man’s polluted environment. These frightened creatures lash out with deadly claws at what they don’t understand. There are only three, but they could reproduce into uncontrollable millions if someone doesn’t destroy them. Fredric Forrest (Apocalypse Now) and Kathleen Lloyd (The Car) star as the loving parents of one of the monstrous creatures. Parental love, however, is no match for these hell-spawned mutants. Their wild blood binge must be stopped. Will the next stage of their evolution become our last?

In It’s Alive III: Island Of The Alive, Michael Moriarty (Q: The Winged Serpent) and Karen Black (Trilogy of Terror) star as Stephen and Ellen Jarvis, the distraught parents of one of the new mutant children. They’ve watched in horror as government death squads roamed the earth, shooting the humanoids on sight. They’ve suffered through the court hearings that sentenced their child and other surviving mutants to a remote, uninhabited island. And their nightmare continues … because the abandoned creatures are now grown … and they are coming back home to the society that created and rejected them. And no one who stands in their way will live.

·        NEW It’s Alive at the Nuart: The 40th Anniversary Screening with Larry Cohen

IT’S ALIVE 3: ISLAND OF THE ALIVE:

Bernard Herrmann – 1941: Best Music, Scoring of a Dramatic Picture, All That Money Can Buy 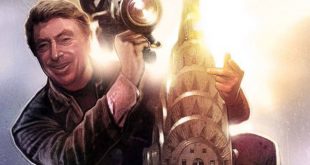 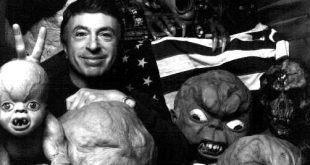