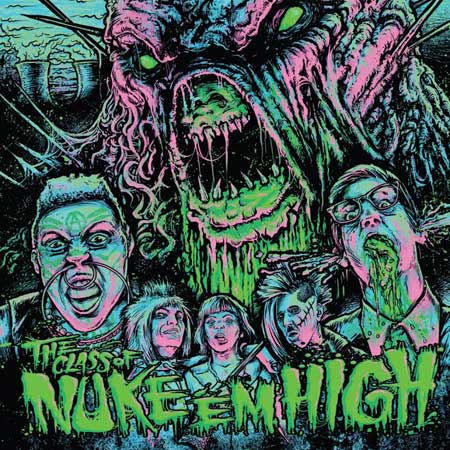 The OST of yesterday, now available for the youth of today!

New York, N.Y., July 22, 2014 – The Ship to Shore Phonograph Company announced today that the soundtrack to the Troma classic Class of Nuke ‘Em High will finally get an official release, something fans have been waiting for since 1986! In conjunction with Troma, Ship To Shore have collated the glorious 80’s anthems that made the soundtrack such a highly demanded item, and will release it to the public – on gloriously thick 180g vinyl! The LP is now available for pre-order at shiptoshore.storenvy.com and will street on November 11, 2014.

Featuring artwork from Godmachine, the soundtrack will be limited to 1,000 copies. 700 copies will be on high quality 180 gram black vinyl, and 300 on special “Dewey’s Meltdown” splattered vinyl. Each song has been meticulously remastered for optimum stereophonic listening pleasure, so fans can now enjoy them the way they the artists intended them.

Track listing is as follows:

Inside the sleeve you can expect liner notes from director Lloyd Kaufman and theme song composer Ethan Hurt, along with never-before-seen production stills and behind-the-scenes production photos from the movie. And because the portable record player was never invented – at least successfully – each LP will also include an MP3 download of the full album, featuring exclusive track-by-track commentary by Troma President and Class of Nuke ‘Em High co-director Lloyd Kaufman! For an exclusive sampler of the album, visit:

The album can only be ordered directly from the Ship To Shore Media webstore (shiptoshore.storenvy.com), and due to its limited run it is expected to sell out fast! 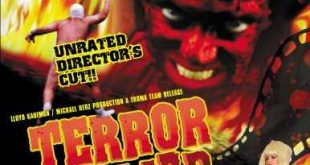 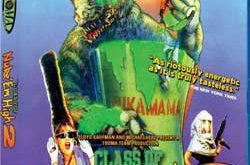 Troma classics, Class of Nuke ’em High and Poultrygeist in Negotiation for Remake 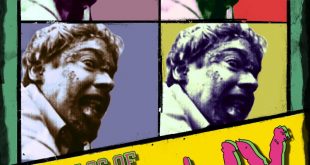 Sequel to ‘Class of Nuke Em High’ – Part 4 to Film