Burbank, CA (July 22, 2014) ­ Producers Brandon Scullion and Maria Olsen are proud to announce the world premiere of “Live-In Fear” at the United Film Festival on September 5, 2014. 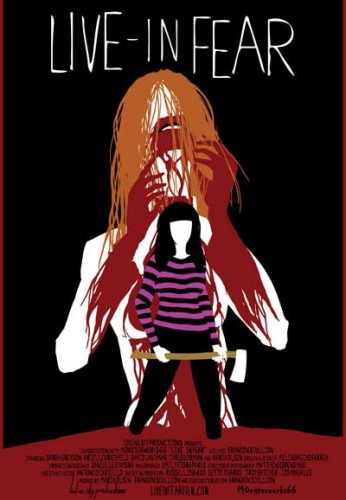 LIVE-IN FEAR stars Sarah Greyson, Arielle Brachfeld, David Lautman, and Chris Dorman and is Las Vegas native Brandon Scullion’s first feature film as a writer/director. Deeply rooted in mystery and shot on a budget of only $5,000 in Brian Head, UT, the film holds true to the DIY tradition of low-budget filmmaking – only using resources readily available to the filmmakers to capture truly disturbing and graphic imagery. It is sure to lurk in one’s minds for weeks after viewing.

Live-In Fear will have its world premiere at the United Film Festival on September 5th, 2014 at 9:30pm in Los Angeles, CA. Tickets are available for purchase here:www.theunitedfest.com/events/live-in-fear/

“And to think I only started Live-In Fear as a “practice film.” It turned into something much grander and I couldn’t be more proud. I’m very excited for everyone to see it and so happy and grateful to be having the world premiere at the United Film Festival!” Brandon Scullion, Writer/Director

“Co-producing Live-In Fear was a wonderful adventure – I learned SO much! – And it’s absolutely amazing to see how the project has developed and grown since we started our shoot one frosty morning in Utah so many months ago. Brandon Scullion and the entire cast and crew are just so incredibly talented! I anticipate seeing great things from them in future and can’t wait to work with them again.” Maria Olsen, Producer, MOnsterworks66

On February 28, 2002, four emotionally distant friends traveled to a remote condo in the snowcapped Utah Mountains for what was supposed to be a time for them to come together and mend their relationships. On the ride up, Seth suspiciously proclaims that his mother has died from unknown causes but he conveniently left out the part where he is being haunted by increasingly disturbing visions of her. On arrival, the four friends start to lash out at each other and end up only driving themselves further apart as a destructive cult hell-bent on resurrecting an ancient cosmic god emerges to torment them. 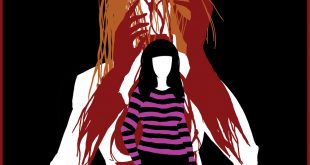