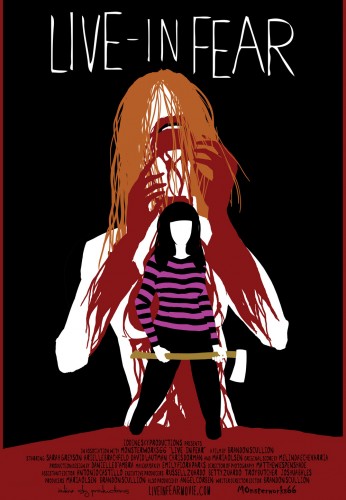 New scary goods just arrived in the form of a new horror film ‘Live-In Fear’ – written and directed by Brandon Scullion. We’ve posted early art and trailer for you below.

In the snowy Utah mountains, an ancient being terrorizes four friends as they try to survive.