Big fans of the work of the Soska Twins and am really interested to see what they have come up with for this sequel to ‘See No Evil’. As you should already know, Kane is returning to reprise his role as Jacob Goodnight and along for the ride this time are genre faves Danielle Harris and Katharine Isabelle. The purpose of tonight’s post is so you can all check out this brand spanking new synopsis:

“Jacob Goodnight (WWE superstar “Kane”) fell to his apparent demise from high atop the Blackwell Hotel in See No Evil, and this terrifying sequel picks up where the last one left off. With Jacob’s body lying on a cold sub-basement slab in the city morgue, Amy (Danielle Harris), a mortician, is surprised when a group of friends pay her a late-night visit for her birthday. But the surprise soon turns deadly when the psychopath everyone believed to be dead sets-out on a horrific killing spree, and Amy and her friends must do whatever it takes to survive.”

While an exact release date has yet to be announced we do know that a fall roll-out is expected and it will be a straight to VOD, Blu-ray release. 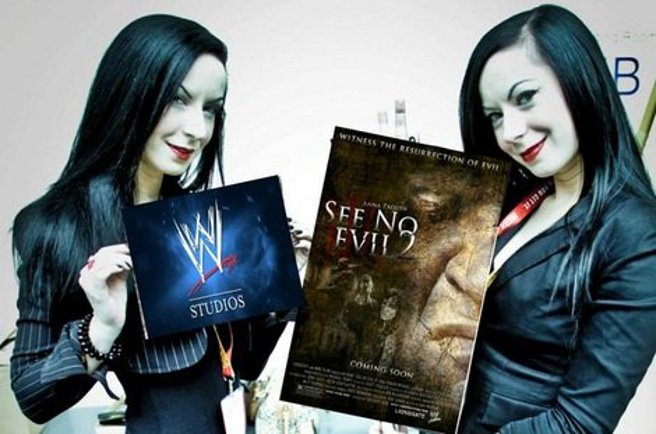