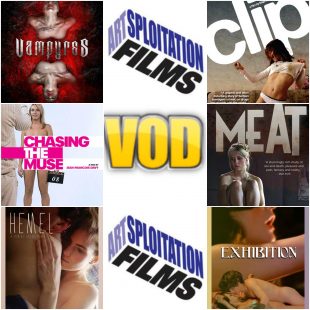 Artsploitation Films has teamed with VOD.com to feature some of the most provocative titles ever released. VOD.com has a unique format that allows fans to purchase “by the minute” packages or even just clips from their favorite movies. Vampyres, Meat, Hemel, Clip, Exhibition, and Chasing The Muse are now available on VOD.com! 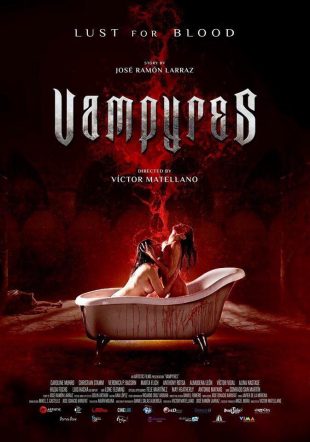 Check Out Artsploitation Films on VOD.com

About Artsploitation Films
Unlike most film distribution companies, the name of our company describes the kinds of films we are looking to distribute. Artsploitation connotes – to me anyway – that perfect blend of genre/exploitation films with traditional art cinema. We are far from a horror film distributor – that’s too easy! We look for odd, challenging, fun, even difficult films – some are more art than genre and others are just genre fun but they all share in common an approach to filmmaking that we love.

About VOD.com
www.vod.com is a website with a vastly growing library of educational and entertaining movies – with daily new releases! Watch any of our movies at any time from any location. You simply choose a www.vod.com time package to get the number of minutes you want to watch all or parts of tons of movies.