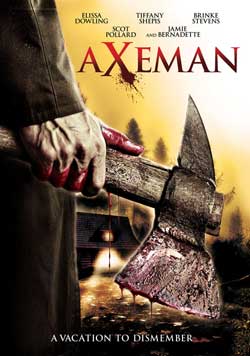 Nine vacationing twenty-somethings are hunted by an axe-wielding local legend.

Eventually the horn dogs start disappearing one by one and the “Axe Man” is suspected. 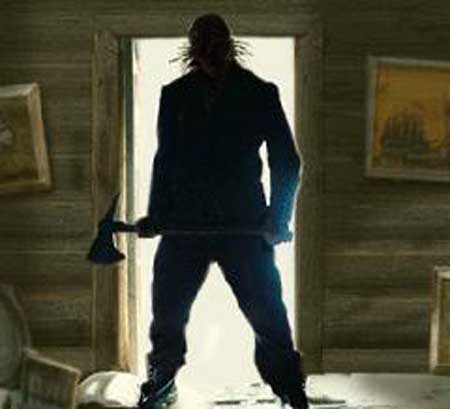 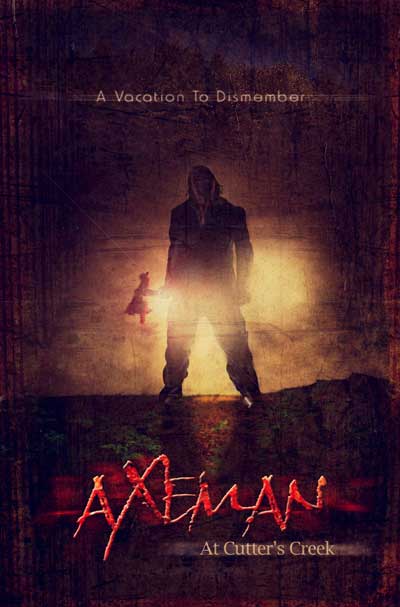 All the elements are here and accounted for. We have cabin mate drama establishing the group as friends but with issues. Next is the requisite cast of slasher victims including the dopey white guy, the good guy / good girl couple, the jock, the hot chick, the drunk chick, lesbians, a black guy. And last but not least we had the scary storytelling session where the villain of the “Axe Man” is introduced.

Believe it or not I actually didn’t hate “The Axeman at Cutters Creek.” It was ok, I’d rent it for a buck at Redbox or watch it on The Chiller channel where I’m sure it’ll probably end up. I was sold on the villain as a both a viewer of this movie and fan of the genre so it was easy to connect with him. I’ll say this, he’s one evil looking dude and swings a pretty good axe when it comes to killing. 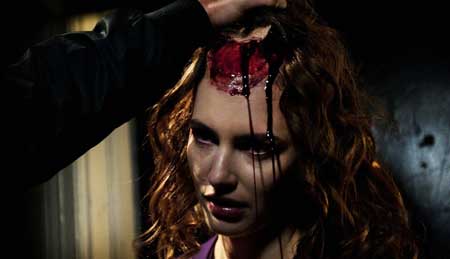 I enjoyed the first two murders a lot. The individual death scenes were kind of hammy and drawn out but they set the tone for rest of the movie and established the killer as a brutal, unforgiving figure. My big complaint, though, was we only two killings in the first hour that was it. The rest of the movie was exploring relationships, and talking, and more talking and drinking and getting half naked.

It isn’t until the 67 minute mark when the Axe Man finally makes it inside the cabin and starts the hack and slash. The tempo of the movie should’ve been faster. A lot of the talky nonsense and relationship crap could’ve been trimmed back or eliminated altogether. 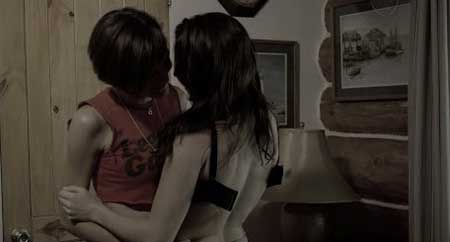 On the plus side I found the killings to be one of the better parts of the movie. When a murder took place you felt it and they were done in a very stark and unflinching manner which gave the villain an extra degree of scariness.
Like you’d expect the acting is stiff and not imaginative and the “Axeman at Cutter’s Creek” has a very low budget feel to it. The writing and the dialogue are two dimensional and the overuse of profanity is boring and redundant, it doesn’t do anything to enhance the film itself or the characters. It just gets old. 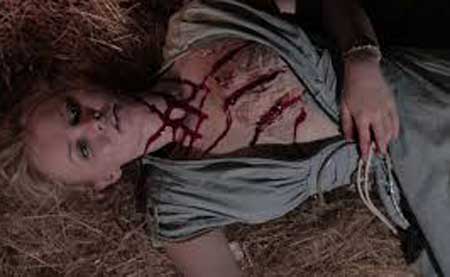 I also felt like the filmmakers wanted to make a Rob Zombie type of film, a little dark, little grainy, little touch of film noir with the credits, etc. Obviously it didn’t happen that way but that’s OK, it neither enhanced nor hurt the movie. As I mentioned previously in this review, I’d rent this movie. Watch it but don’t expect any kind of slasher movie epic or film revelation. It looks and feels like it was shot on a shoestring budget and the action doesn’t pick up until the 67 minute mark. If you’re ok with that, it’s a good movie to watch at a party or with friends.