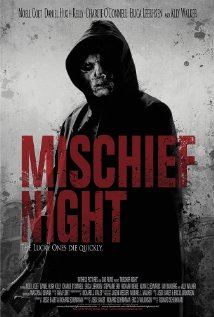 Young Emily Walton, who has suffered from psychosomatic blindness ever since the car accident that took her mother’s life, must summon every instinct at her disposal to protect herself and her loved ones from a mysterious intruder.

Mischief night, the night when teenagers run rampant, pulling pranks and playing tricks. Most common among these antics are toilet papering trees, soaping windows, egging people’s houses, and psychotically stalking and killing ones pray. What that last one isn’t a common practice of mischief night? Well, that’s the plot of director Richard Schenkman’s movie which is also titled Mischief Night. 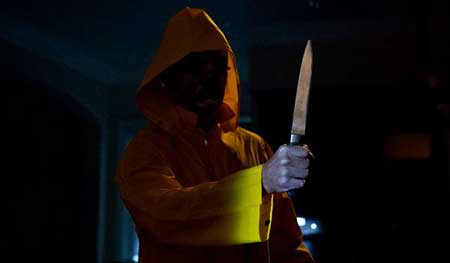 As I sat down to watch this movie, I didn’t have great expectations, but as I continued to watch the movie through the end credits, only one thing came to mind. This movie is just a clone of many, more successful movies, and if I had to pin point two, it would easily be Scream and The Strangers. The downfall to this approach is that it’s not as smart and self aware as Scream, and not as simplistically terrifying as The Strangers. There is also many more comparisons that make you just think, did they just do the Michael Myers head turn, or don’t I remember that from Texas Chainsaw Massacre.

But of course the most frustrating thing about this movie is the terrible over used clichés. How many times can a cell phone not work at all, then kind of works, and then the battery dies, or they car in the driveway just won’t start, and my personal favorite the killer leaves a door open and the main character assumes that they must have ran out. That one is so good that this movie uses it twice, the killer uses it on his victim Emily, and then later in the movie she uses it to confuse the killer. 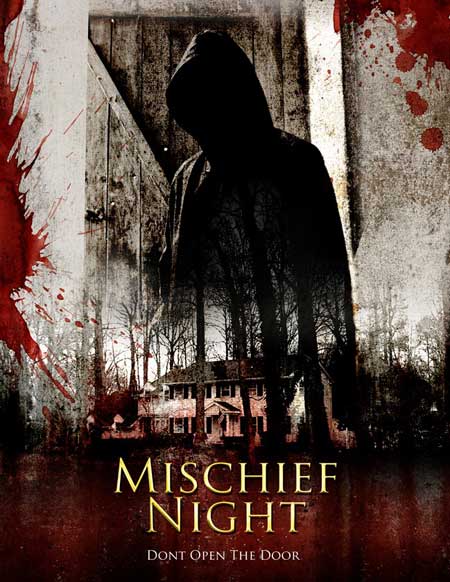 I wouldn’t have a problem with all the clichés if the movie was self aware and it was meant to happen, good examples of this are Scream and done with even more affection in Cabin in the Woods, but this movie put them in as a means of suspense and a sense of fear, neither of which ever transpires.

The movie starts out with a wife and her lover trying to relax when they hear a noise from downstairs. The wife thinks it could be her husband and figures this might be the best chance to kill him, using the excuse that she thought it was someone breaking into her house. But the fact of the matter is that it is someone breaking into her house and they aren’t just there to rob her.

As the man searches the house, he is attacked and killed, the wife runs out the front door and into the car that won’t start. Her death is implied as the killer starts to break through the windshield, and we never hear about these two again. They never make a connection between their deaths and the next family that they attack. They also do a poor job with the timeline, in the beginning of the first scene they tell you that it’s October 30, but they never tell you if the next family is the next year, same night, or anything in between.

Now we finally get to meet the real cast of players, first we meet seventeen year old Emily (Noell Coet) in her therapist office. She is trying to get over the car accident that not only took her mother, but also her eye sight. But is her blindness only caused by an emotional trauma, can you say foreshadowing. After the session is over Emily is driven home by her father, David (Daniel Hugh Kelly), and we are presented with a bunch of shots that show how dependent Emily has become, despite her handicap. We are also introduced to Emily’s boyfriend Jimmy (Ian Bamberg), or simply known as the red herring. 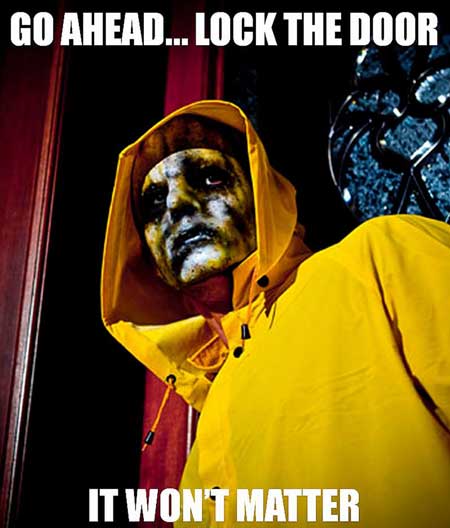 Emily’s father is leaving that night for his first date in nine years, leaving her alone. He is a little edgy about this at first, but Emily convinces him to go. Before he is about to leave, some pranksters egg the house. At the end of this scene, we are shown the word boo spray painted below the window. This is the same symbol that was seen in the first victim’s house. So this leads me to ask a question that is never answered, is the boo just a calling card for the killer, or is there a first group that stakes out the houses before and marks them for the killer to come after? Anyway, the father leaves, and more pranks are played, leaving Emily apprehensive as the killer starts his game with her. The first time we see him, he is standing outside of the laundry room window; in plain sight for anyone who could see him would see him. This leads to another big question, did the killer know Emily was blind before he picked the house to terrorize, and of course there is once again no answer.

Then Emily’s aunt shows up and leaves, and then Jimmy shows up and leaves, and then… you get the point it gets a little repetitive. Also around the one hour mark Emily and someone (I don’t want to spoil too much) make it out of the house, end of movie right? Wrong, they decide that they have to run back in and finish what was started. That’s the best way to sum up this movie, a lot of jump scares and misdirection, and you can predict all of it.

When the end credits roll there are way more questions than answers and leaves you feeling like it wasn’t very well thought out.

They never tell you a good reason for why he is attacking; the only thing he says is “because it’s mischief night”. And I especially love the outfit that they picked for him, a plastic mask and yellow rain coat. The rain coat is what really perplexes me, if you’re trying to hide in the shadows a bright yellow rain coat is not the most inconspicuous thing. If Friday the 13th part 2 and The Town that Dreaded Sundown could make burlap sacks look menacing, then why can’t this movie make their mask look anything but cheap and uninspired?

Mischief Night isn’t the best movie, but it’s not unwatchable either, it sits right in the middle. You don’t want to turn it off, but you feel like you’ve seen it before, it’s just kind of there. If you want to watch a movie that brings about déjà vu, but can still keep your attention, then go ahead and give it a watch, and see which classic movies it reminds you of. 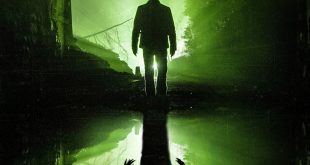