A trailer was rolled out today for the new Lance Henriksen flick titled HARBINGER DOWN. It’s a creature feature in the vein of THE THING with a little bit of ALIEN thrown in just for the hell of it. It actually don’t look bad but before you watch the eye candy scope out the official synopsis:

A group of grad students have booked passage on the fishing trawler Harbinger to study the effects of global warming on a pod of Orcas in the Bering Sea. When the ship’s crew dredges up a recently thawed piece of old Soviet space wreckage, things get downright deadly. It seems that the Russians experimented with tardigrades, tiny resilient animals able to withstand the extremes of space radiation. The creatures survived, but not without mutation.

Now the crew is exposed to aggressively mutating organisms. And after being locked in ice for three decades, the creatures aren’t about to give up the warmth of human companionship.

Don’t have a roll out date for you tonight but check back cause I’m finding out! 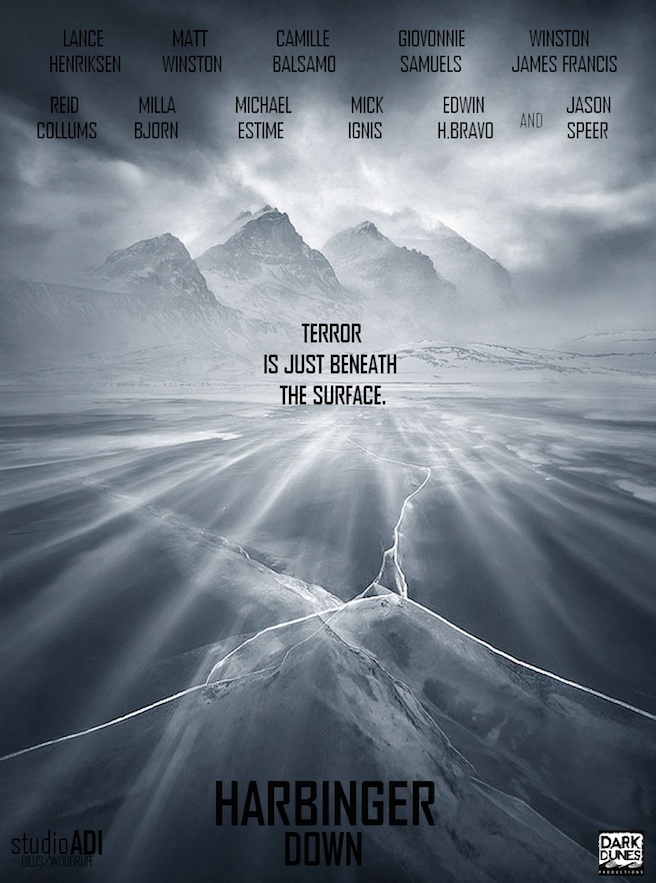