Home | OCULUS Director Gets In On GERALD’S GAME

OCULUS Director Gets In On GERALD’S GAME

Hot on the heels of OCULUS director Mike FLANAGAN is keeping the ball rolling as it was announced that he will take the helm of the film adaption of Stephen King’s GERALD’S GAME. It’s been a while since I have read GERALD’S GAME and all I can recall off the top of my head is that it has something to do with someone being chained to a bed. I did like it when I read it but that was a long, long time ago.

Flanagan had the following to say about the news: “In the tradition of MISERY and DOLORES CLAIBORNE, GERALD’S GAME is one of the most intense and compelling novels I’ve ever read, and this has been a dream project for many years. Trevor [Macy, Producer] and I are very excited to help translate that experience for an audience.”

Stay tuned friends there will be lots more on this one in the coming weeks and months. 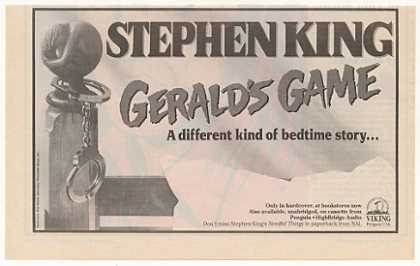