Home | TNT’s “THE SHOP” Will Revisit The World Of FIRESTARTER

Well here’s some interesting and unexpected news. TNT is spearheading a new show that will bring back the world of the Stephen King novel FIRESTARTER. Here’ what TNT has to say about the show:

Based on characters created by Stephen King, this supernatural thriller centers on The Shop, a mysterious organization that once exploited the pyrokinetic abilities of a young girl named Charlie McGee. Twenty years after bringing the organization to its knees in a blaze of fire, Charlie has been tracked down by one of its former members, Henry Talbot. Talbot introduces Charlie to a group of people just like her, all products of The Shop with their own unique abilities. It turns out The Shop is very much alive, bigger and badder than ever, and its dark experiments are unleashing terrifying new entities on the world. It’s now up to Talbot, Charlie and the rest of the team to find The Shop and destroy it for good.

Reports have the script written and ready to go. 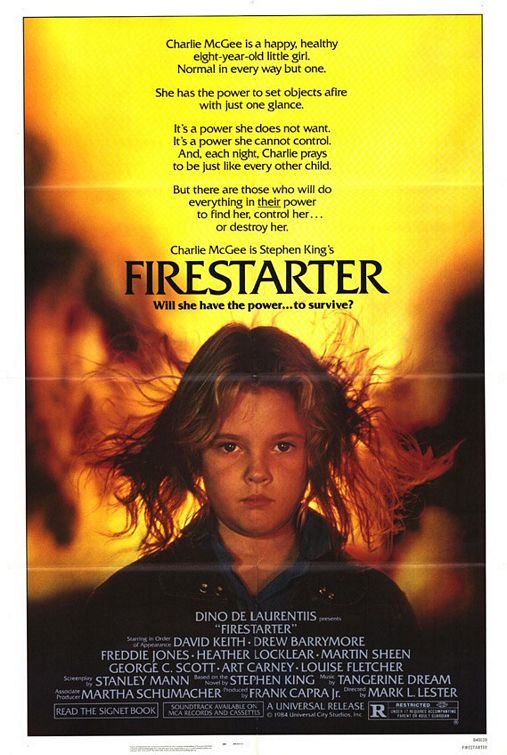