Home | AMERICAN HORROR STORY: FREAKSHOW Will Be About……?

AMERICAN HORROR STORY: FREAKSHOW Will Be About……?

It would only stand to reason that AHS would continue the formula that has made it such a success. Build a dynamic ensemble cast around the iconic Jessica Lange, set it in an interesting and creepy setting and through one bad ass killer at us and then let the blood fall where it may.

We know that Lange returns in Oct. We also know that this year will be a circus theme and now thanks to show runner Ryan Murphy we know who/what the villain will be.

While talking to EW Murphy said: “..I thought it was going to be light but it’s turning out to be quite terrifyingly dark, which it feels much more like the Asylum season. But look — if you have a character named the Clown Killer, it’s going to be dark.”

So it’s a clown killer huh? Does that mean we are going to faced with a evil clown? Looks like it, Murphy replied: “Yes, The most terrifying clown ever!”

Gotta love a creepy clown! Bring it on I say! 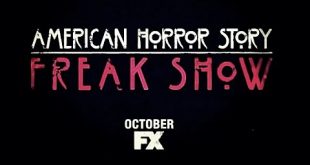 FX Has Your First Ticket To ‘AHS: Freakshow’ 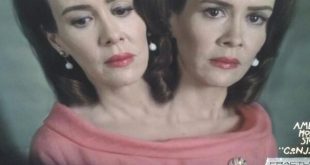