Those of us lucky enough to have been blossoming horror fans in the early 70’s owe a huge debt to Dan Curtis. His TV shows and movies are what we cut our horror teeth on. Dark Shadows, The Night Stalker, Burnt Offerings, Trilogy of Terror, I mean holy shit.

One of his “made for TV” movies from 1974 is heading to Blu-ray. DRACULA starring the one and only Jack Palance!

Here are the details:

Academy Award winner Jack Palance stars in this terrifying adaptation of Bram Stoker’s classic vampire novel Dracula, written for the screen by sci-fi/horror master Richard Matheson (The Twilight Zone, I Am Legend, Duel) and produced by the legendary Dan Curtis (Dark Shadows, Trilogy of Terror, The Winds of War). Palance (City Slickers, Batman, Shane, Contempt) is Count Dracula, whose centuries-old existence is threatened after he attacks the lovely Lucy Westenra (Fiona Lewis, Dr. Phibes Rises Again), and her fiance (Simon Ward, The Tudors, Young Winston) calls in famed vampire hunter Dr. Van Helsing (Nigel Davenport, A Man for All Seasons; Mary, Queen of Scots) to investigate. Originally shown on CBS-TV in 1974, DAN CURTIS’ DRACULA has long been considered among the most frightening versions of the Dracula story; the
Los Angeles Times called Palance “the definitive Count Dracula – as flesh-crawling an experience as you’ve ever had.” Filmed on location in England and Yugoslavia,
DAN CURTIS’ DRACULA has been transferred and restored in 2K High Definition from the original 35mm camera negative and presented here on Blu-ray for the first time!

Don’t have to wait long for this one. MPI will roll it out on May 27th. 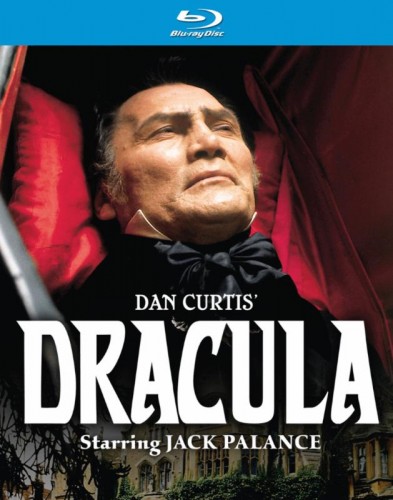