Home | A Trailer For DELIVERY: THE BEAST WITHIN Bursts Forth

A Trailer For DELIVERY: THE BEAST WITHIN Bursts Forth

Seems to be a bit of a glut in the “pregnancy horror” sub genre. Did I just invent that phrase? I think I did, regardless, feels like I’ve been throwing a lot of these type of flicks of late so why should I stop now. Today brings the official trailer for DELIVERY: THE BEAST WITHIN. Watch first, then we’ll chat:

Alright, so it’s “found footage” and it’s coming at us from THE COLLECTIVE and it stars Laurel Vail, Danny Barclay, and Rob Cobuzio. As far as story line, looks pretty cut and dry but here’s the “official” word courtesy of STYD:

(The film) tells the story of Kyle and Rachel Massy, a young couple who agree to document their first pregnancy for a family-oriented reality show. As the camera continues to capture strange events, Rachel begins to believe that a malevolent spirit has possessed their unborn child.

Look for this one on you VOD menu starting May 27th. A limited theatrical run is also planned so if you live in New York City, Los Angeles, San Diego, Chicago or Indianapolis you can catch it on the big screen on May 30th. 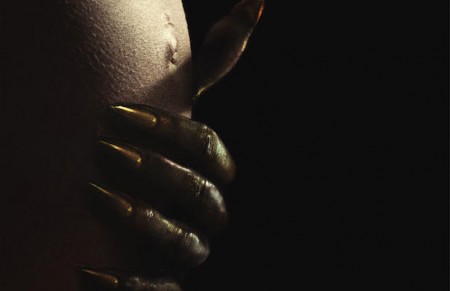