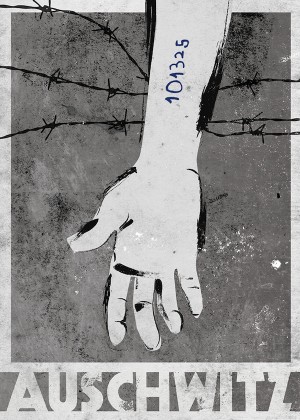 Controversial director Uwe Boll depicts the harsh reality of the process inside one of the most infamous Nazi death camps by using brutally realistic imagery. Book-ended by documentary footage as well as interviews with German teenagers about what they know about the Holocaust, Boll effectively shows us just how depraved and sadistic life in the camp could be.

Uwe Boll is known as that guy who directs video game movies. You’ve seen them, you know who we’re talking about. House of the Dead, Alone in the Dark, BloodRayne (which I reviewed here a little while back). But in 2011, he apparently became obsessed with the idea of the Nazis. No, he didn’t go overboard and pull a Prince Harry at a costume party. Rather, he made a bunch of movies that dealt with Nazis. In BloodRayne: The Third Reich, Rayne finds herself up against the Nazis who are trying to get her blood. In Blubberella, a half-vampire, half-woman with weight issues takes on the Nazis alongside the Resistance Fighters. And in Auschwitz, Boll goes half-documentary, half-dramatization in showing us the horrors of the Nazi death camps. 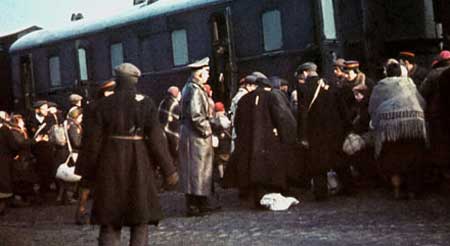 First off, don’t go into the movie Auschwitz thinking it will be another Ilsa: She Wolf of the SS style movie. It is not that type of exploitation film. Don’t get me wrong, it’s exploitative, but not in that fun, 1970’s kind of way. It is more of an “in-your-face, this was worse than you thought and I’ll show you, and look how sad it is that it’s been all but forgotten” kind of a movie. And it opens with Uwe Boll himself telling us why he made the movie, pointing out that genocide still happens around the world and will still happen until we focus not so much on just the heroes of World War II, but also on the horrors. Then we sit through a bunch of German high school kids telling us they don’t know much of anything about World War II, or why the Jews were killed, or what made Hitler such a horrible human being. 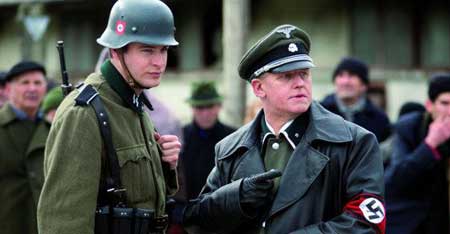 In the middle of the two documentary sections, we have a dramatization of some time at the death camps. Jews arrive via train and are put into lines. They show their papers to soldiers, then are separated into two groups, the workers and the others. The “others” are led into what looks like a locker room, forced to strip in order to shower, then gassed. We see fellow Jewish prisoners rush in and take their clothing away, and later the same prisoners come in and take the bodies away. Jewelry, watches, teeth, glasses, and other valuables are sorted out, with a couple SS soldiers treating the piles like grab bags for their own pockets. Naked men and women, old and young, tearful and angry, cough as the gas slowly kills them. Babies are taken outside and shot in the heads. And then it all happens again, a round two of horribleness. Meanwhile, we watch as a couple soldiers talk over drinks, and we are reminded that they are just humans too. The one is expecting a baby soon, and they are both scared of the future. Finally, when the second group is all dead, their bodies are removed from the chamber and brought out in piles, where their teeth are removed, the hair is cut off, and they are one by one put into the stove and turned to ash. Powerful stuff, for sure, but a bit misplaced, it seems. 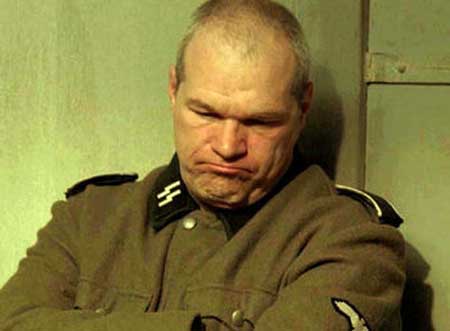 The film ends with more interviews of German high school students, the second group much more knowledgeable than the first. They tell stories of what they know about the Nazis, and of people they know who survived, and of people they know who still believe in the National Socialist ideals. Footage of the real camps is shown, as is a snippet of a Hitler speech. Finally, the director comes back and reminds us that we must never forget the atrocities and the evil that we as human beings have done. 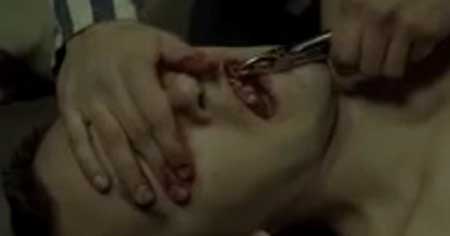 It kind of seems like this movie got confused, like maybe Boll had something to say but didn’t know how best to say it. I feel like if it had stuck to the documentary approach, while it wouldn’t necessarily cover much new ground, it might have been more successful. But then he adds the fictional middle section, a section that seems like it doesn’t belong. Again, this part could have stood on its own, maybe even written out as a full length movie if Boll chose to do so. But instead, he tells us how horrible the holocaust was and then, in a way, exploits it by going gruesome and nasty with the middle of the movie. This, of course, is his own decision, and it’s not like he comes across as hateful or evil because of it. Maybe a bit convoluted, though. Auschwitz isn’t the offensive, controversial film a lot of reviewers have made it seem. It’s just a failed attempt at shocking, a documentary that doesn’t complete its own thesis, a strange movie for this particular director to make. Obviously it’s a topic that is close to his heart, but I wonder what would have happened had he made the film under a different name. Would it have been ripped into as badly as it was? At least he’s trying, right?

Auschwitz is now available on DVD per Olive Films