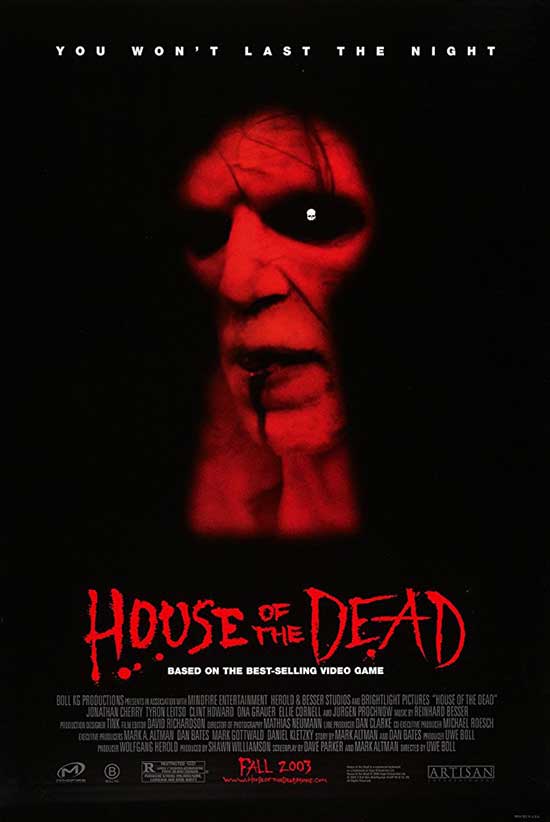 A group of college students travel to a mysterious island to attend a rave, which is soon taken over by bloodthirsty zombies.

House of the Dead was one of the first video game adaptations that was directed by Uwe Boll, and it was the first film that really brought him him attention to mainstream American audiences. However, the attention it garnered him was mostly negative since critics and audiences alike thought the movie was terrible. Little did we know, it was a sign of things to come since Boll would continue to release more movies that were just as bad, if not worse.

In House of the Dead, a group of kids are on their way to an island off the coast of Washington to attend a rave. The only ship captain willing to take them initially balked at the idea until they paid him $1,000. Apparently the amount of money was enough to qualm any fears he had about going to a place that was called the “Island of Death” by the Spanish. After the group of party-goers reach their destination, they curiously find that the rave has been abandoned. As they try to find out what happened, they are attacked by zombies. The eventually end up trapped in an abandoned house, they soon discover that the zombies are linked to a 15th century Spanish priest named Castillo who was banished from his homeland after it was discovered he was performing some rather dark experiments. It turns out that somehow Castillo is still very much alive, and the undead horde is a result of his twisted experiments. 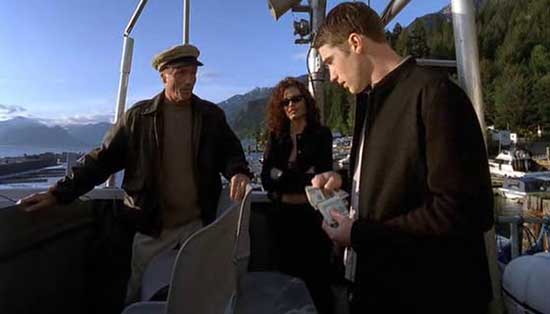 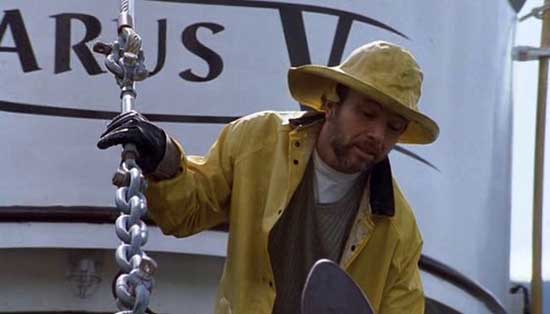 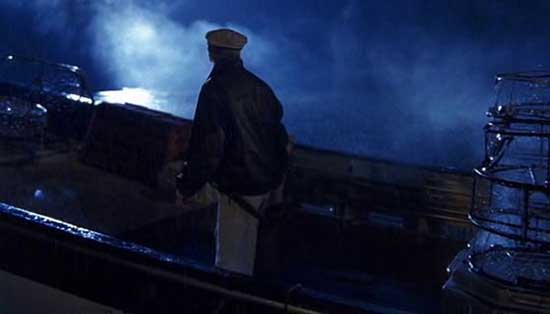 The best way to describe House of the Dead is “aggressively dumb”. It’s almost like Uwe Boll heard the Weird Al Yankovic song “Dare to Be Stupid” and took it as a challenge. Nothing in the plot makes sense, and nothing is ever done in any form of sane logic. Similar to just about every other film Boll directed, things are slapped together so we can start getting to where the characters start mowing down zombies with an assortment of weapons. Before that happens, we have to sit through characters making the dumbest decisions possible and spouting clunky dialogue that almost makes you cringe to listen to. By the time stuff starts happening, you’ll probably rooting for the zombies to kill everyone.

The majority of characters don’t react to things that happen around them like normal people would, and sometimes act contradictory to how you think they should react. The sea captain, Kirk, seems afraid to go to the island. Then it turns out he’s hidden a box filled with smuggled weapons there some time past, which makes no sense considering how much he made it clear he didn’t want to go there.. One character gets vomited on in a scene and acts appropriately disgusted. While she’s cleaning herself off in a washroom, the ship captain’s creepy employee waltzes in. Thing is, the gal doesn’t act bothered in the least or make an attempt to cover herself up. She doesn’t even seem creeped out by it like just about any woman I’ve ever met would be. The twit just carries on a conversation with her boobs hanging out like it’s the most natural thing in the world. It’s like Uwe Boll and his script writers had no experience dealing with real people before this, or they just wrote them to fit whatever they wanted for the scene in question. 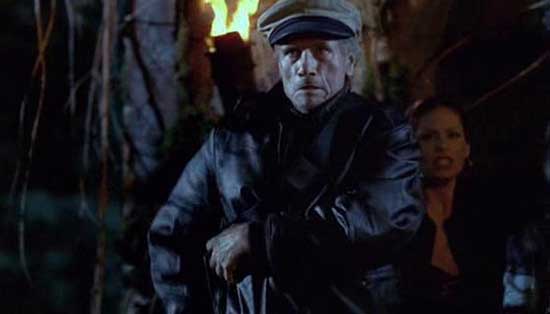 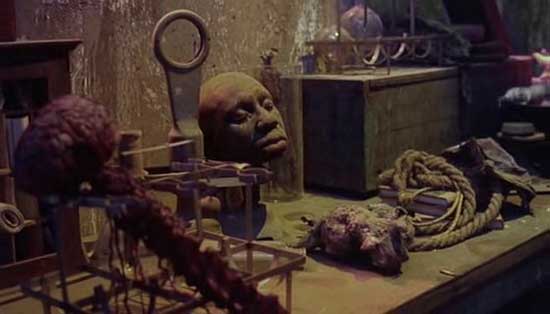 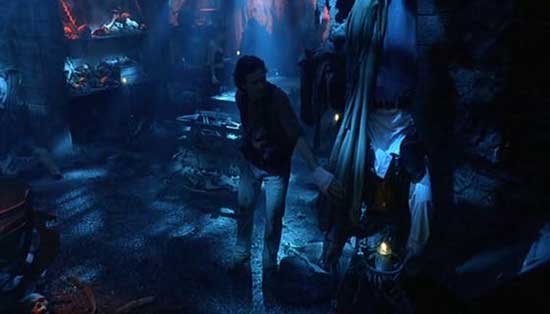 Another dumb thing is that a bunch of kids that are just trying to go a rave suddenly become amazing bad assess the moment it comes time to kill zombies. There’s no reason to believe that any of these idiots have a lick of firearms or combat training, yet somehow they become masters of martial arts and gunplay when the script calls for it. The only one of the party-goers that has any training in any kind of combat is the gal who is studying fencing. However, the one time she gets to use a blade she shows absolutely no mastery of the very thing she’s supposed trying to become an expert at. The character just flails the sword about with less grace than a one-legged soccer player.

Oh, but the stupidity doesn’t stop there. For some reason Boll decided to work in quick clips from the actual House of the Dead video games in the middle of the action, which only serves to be distracting. Throughout the big scene where a group of the characters are shooting into a crowd of zombies, Boll would stop the action to do a full 360 pan around each of the characters. It served no real purpose and only served to screw with the pacing even further. It’s like Boll just discovered this camera technique and decided to use it every chance he got, whether or not it actually helped the action at all (it didn’t). 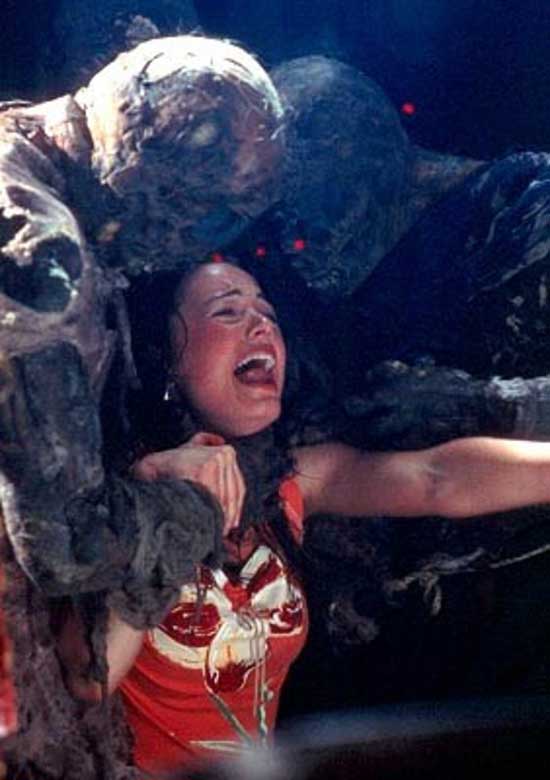 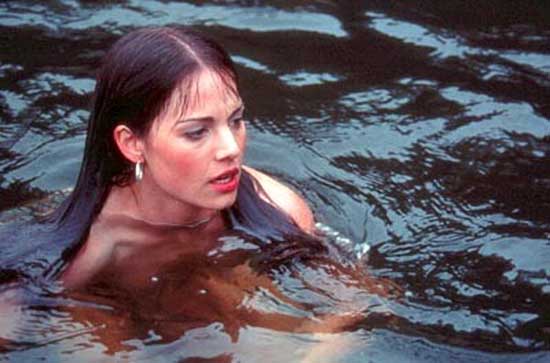 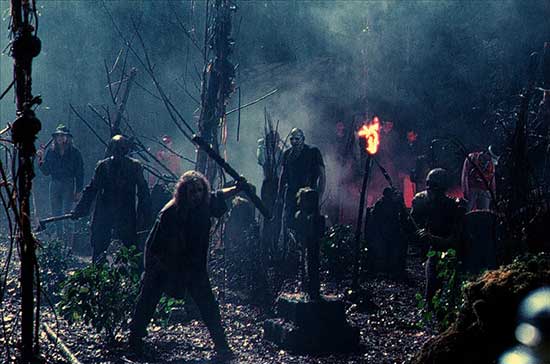 Then there’s scenes like where you can hear a zombie taking a breath before diving into water, or the time I’m pretty sure you can see the dolly tracks for the camera. These are details that could have been easily caught and taken care of while editing, but that would have required anyone to actually put real effort into this film. 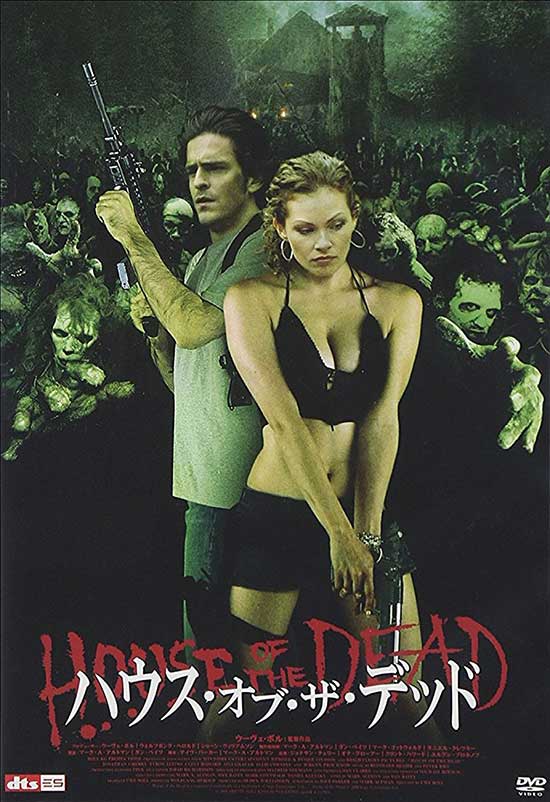 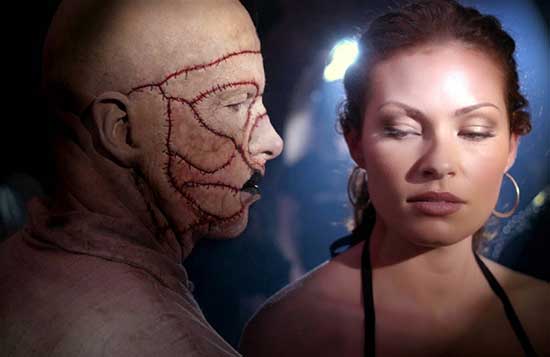 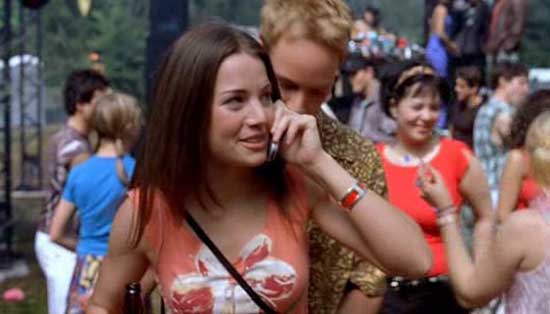 I could go on, but there really is no point. House of the Dead is not only terrible, it’s just dumb as hell. At one point I’m pretty sure my brain was trying to euthanize itself to escape the suffering this pile of celluloid dung was inflicting. I’m sure that if I hadn’t been alone and had someone to watch it with, maybe I would have found it so bad it’s funny. That’s the only scenario where I can see this crapsterpiece being even remotely entertaining is if you have a group of friends with you to have a good laugh at its expense. Otherwise, stay far, far, away.