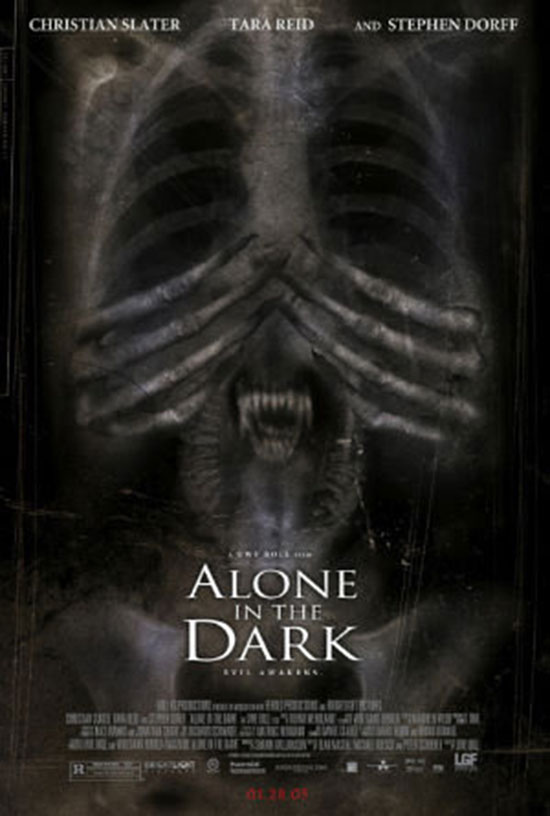 A detective of the paranormal slowly unravels mysterious events with deadly results.

I had been dreading this. Ever since I agreed to reviewing movies that are largely considered bad, there was one director whose work I feared having to review. I had a feeling, this sense of impending doom, that it was going to happen. Sure enough, my fears came true when I saw that I had to review Alone in the Dark. I let out a scream of agony know that I now had to suffer through a Uwe Boll movie. 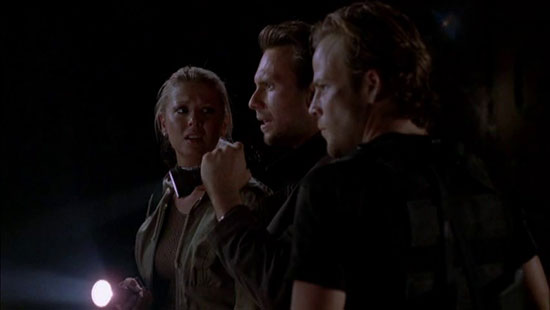 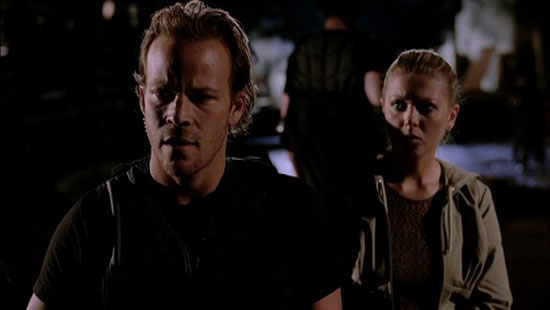 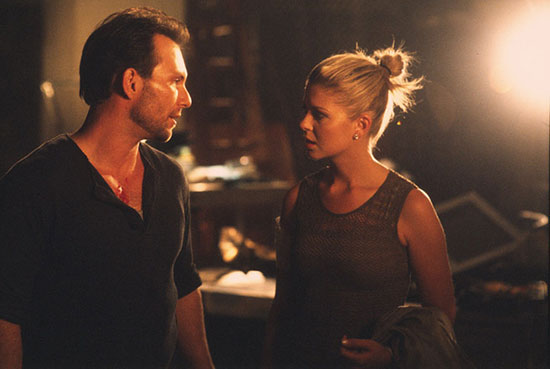 Alone in the Dark, loosely based off the video game of the same name, centers on paranormal investigator Edward Carnby (Christian Slater). When he lived in an orphanage he had been experimented on by some nefarious scientists. They left him with heightened abilities and the ability to sense the paranormal. He recently found an artifact while in South America that is linked to the long lost Abkani Native American tribe. The item itself seems to have some connection to the legend about how the Abkani once opened a door between ours and a dark world. It was an event that led to the tribe’s destruction. As he looks for answers, he’s forced to work with his sometime girlfriend as well as some former allies at a government agency called Bureau 713. Creatures from that shadow world the Abkani discovered are loose and killing people, and it soon falls on Carnby to stop the murderous creatures..

When trying to list why this cinematic travesty is awful, you have to start at the top: director Uwe Boll. He is considered one of the worst directors of the last 30 years, and it’s a distinction he’s earned. When casting his movies, he only seems to choose people based on the fact that their kind of big named actors willing to work with him. Whether or not they’re good actors or actually fit the roles he’s casting them in is secondary. 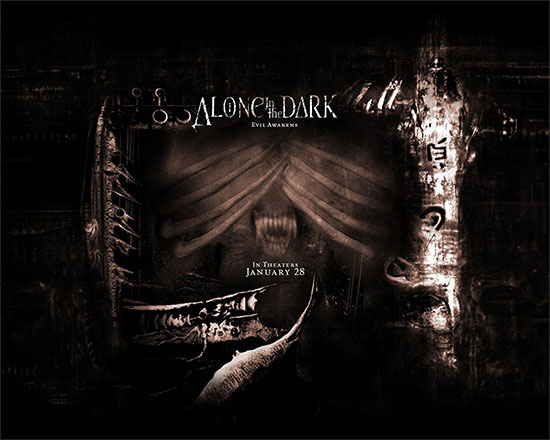 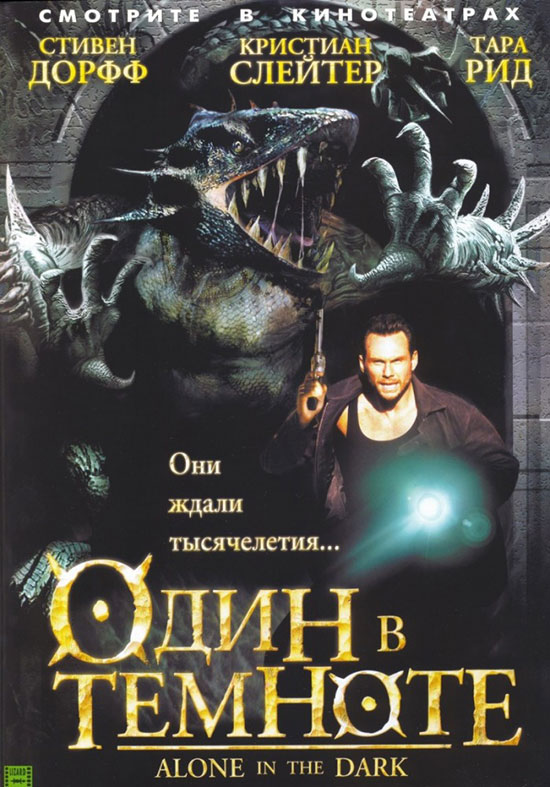 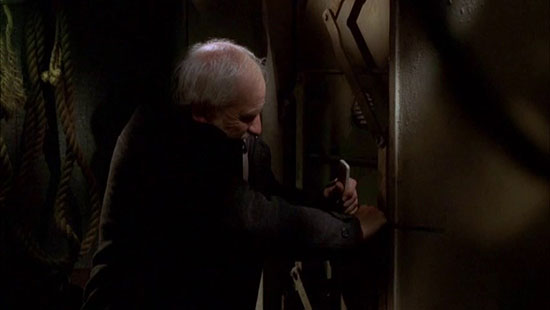 He has a tendency to ignore scripts after forcing script writers to make changes. He just does whatever he wants based on his gut without any regard for whether or not it makes sense.. This goes a long way to explain why his films tend to seem like discordant messes. He doesn’t waste time on character development or any such trivial things, so most of the time his characters are little more than 1 dimensional archetypes spouting the the clunky dialogue he forces on them. All those flaws are front and center here.

Boll did manage to get some recognizable names here. Christian Slater does a fairly decent job as the lead character, but there are times he looked like he was wondering how his career had taken such a sharp downward turn that he ended up in this dung heap. Stephen Dorff looked just happy that someone is still giving him roles, but he’s serviceable with what he’s giving. However, neither actor is given much to go on since their characters have as much depth as cardboard cutouts. As far as other performances goes, the rest of the cast is more or less okay with a few here and there being out right bad. However, the worst acting has to go to Tara Reid. 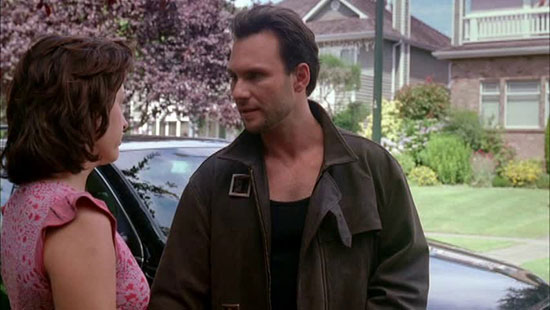 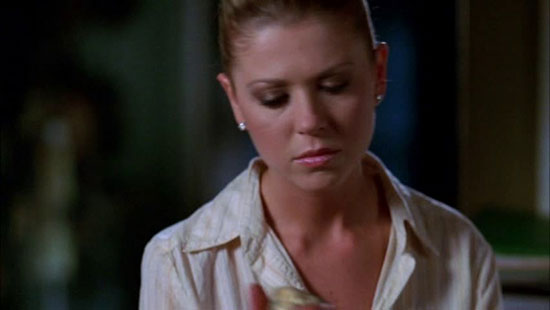 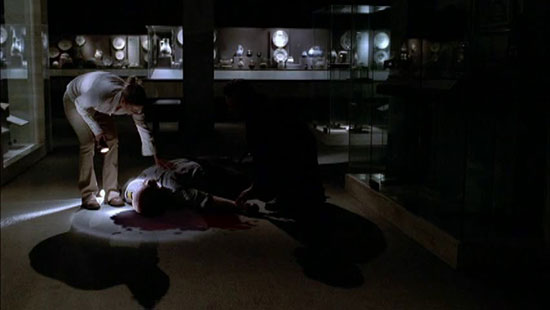 Here’s where Boll’s tendency to hire actors based on their name bites him in the ass. Tara Reid has always been a terrible actress, and she was pretty much washed up the moment the first American Pie movie finished filming. Reid’s reputation for being a heavy duty party girl with the IQ of a kumquat had already become well known, so any credibility she has playing a character with a PhD is pretty much shot from the get go. However, that didn’t stop Boll from hiring her to play an archaeologist.

He apparently though slapping a pair of glasses on her would make all the difference. However, the fact that she seems like she’s struggling whenever she has to say words with more than two syllables doesn’t do much to convince us she’s literate enough to have even gone to college. However, you may not notice while your marvelling at how much she fails at acting in general. She can’t believably emote worth a darn. Watching her try to act is like watching a newborn calf try to walk for the first time. It’s clumsy but so cute to see it try.

The special effects, specifically the CGI, is atrocious. The action scenes are only entertaining because of how silly they become. The plot is a jumbled mess that seems to be made up of pasted together ideas that are there just to make the action scenes happen. The resolution is weak and is designed to set up a sequel that thankfully never came. The two good things about the film is that it has good production value and it’s never boring. 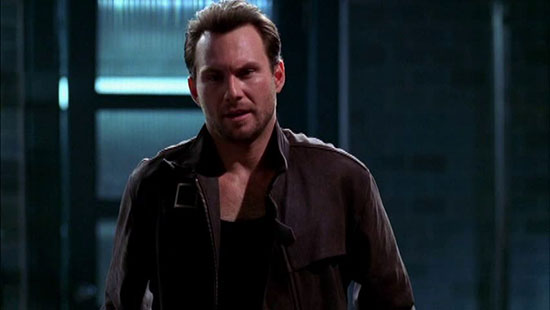 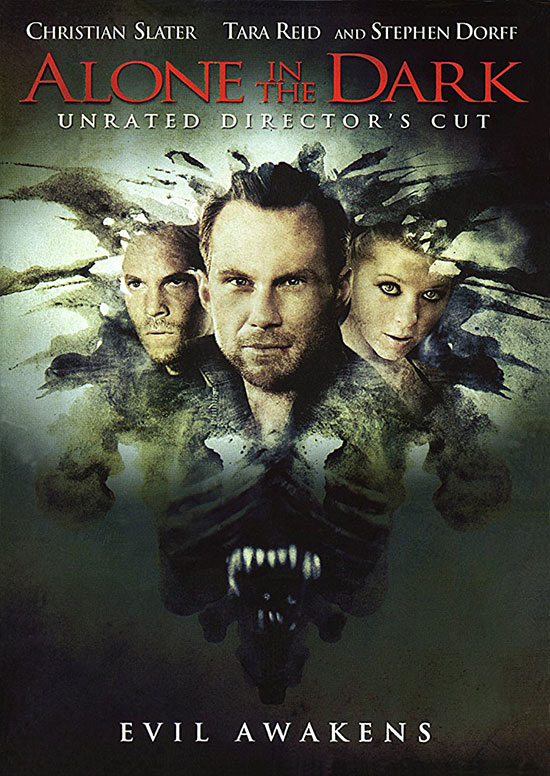 Ultimately, this movie borders on the “so bad it’s good” category. It’s a slickly shot dung heap of a film that manages to be entertaining in some spots for all the wrong reasons. You may enjoy it only if you like marvelling at silver screen ineptitude on this level.