Home | New Tease For THE STRAIN Will Make Your Eyes Water

New Tease For THE STRAIN Will Make Your Eyes Water

It’s short but it sure does grab your attention. It’s a new, literally 10 second tease of the upcoming FX series THE STRAIN. Before we have a look, here’s the synopsis they have posted over at STYD:

Based on the novels by Guillermo del Toro and Chuck Hogan, the tale is a high concept thriller that tells the story of “Dr. Ephraim Goodweather” (Stoll), the head of the Center for Disease Control Canary Team in New York City. He and his team are called upon to investigate a mysterious viral outbreak with hallmarks of an ancient and evil strain of vampirism. As the strain spreads, Eph, his team, and an assembly of everyday New Yorkers, wage war for the fate of humanity itself.

Here’s the video, don’t blink or you’ll miss it. 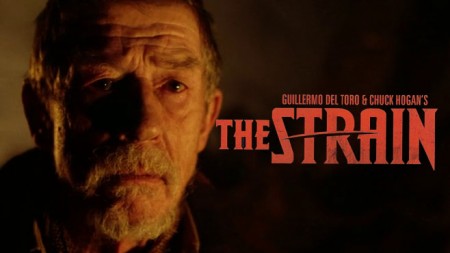