Well, what it week it has been for PHANTASM fans. Not only do we get confirmation on the fifth chapter of the fan favorite franchise but today we get actual footage!

A teaser trailer made its way online today and it is something you have got to witness.

As you see, all the principals are back and this time there is a giant ball!! WTF is up with that?

It’s been revealed that David Hartman wrote and directed this chapter but fear not, Don Coscarelli was close at hand. Both Hartman and Coscarelli spoke with EW, here’s some quotes:

“I felt it was time to let someone else play with my train set,” Coscarelli explains, “David and I go back to my film Bubba Ho-Tep. He did terrific visual effects on that, and more recently created a wild animated sequence and some amazing visual effects in my most recent film, John Dies at the End. Our aesthetics are in sync and he’s quite an experienced director in his own right.”

Hartman dishes equal praise Coscarelli’s way:”Having worked with Don [Coscarelli] before, and being a huge fan of the entire Phantasm franchise, it was a great honor to do Ravager with him,” says Hartman. “This film is a real turning point in the series. There’s real closure for the core characters that I hope fans will respond to. We were fortunate to shoot amazing new sequences with horror icon Angus Scrimm—he has terrific scenes with Reggie (Bannister) and Mike (Michael Baldwin) that are truly powerful.”

We don’t have an release info yet but with the way the info is coming out it wouldn’t surprise me if we know by this time tomorrow. 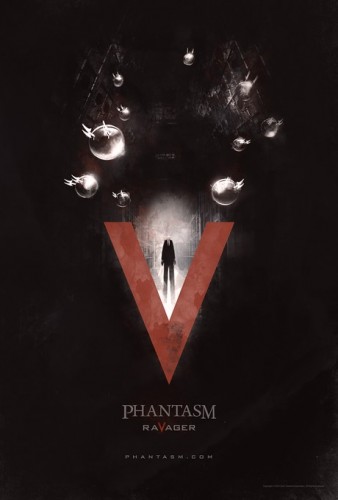