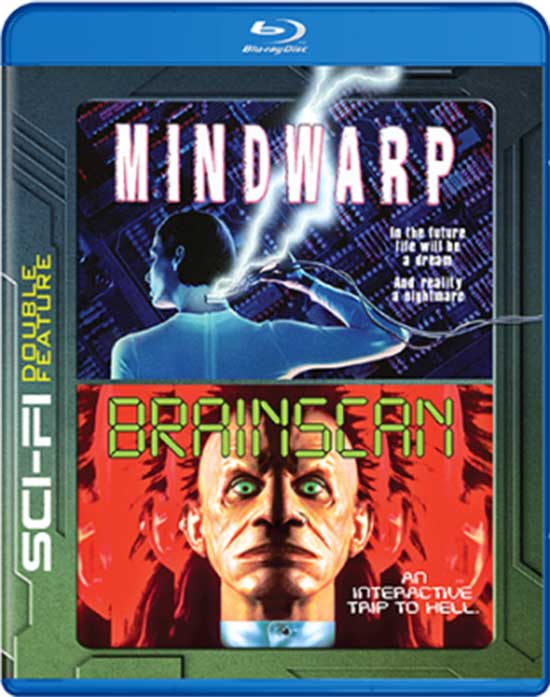 In post-apocalyptic 2037, Judy rebels against the AI-ruled utopia where people live in a happy VR simulation. She’s exiled to a post-nuclear wasteland where she meets drifter Stover. Mutated cannibals capture them for their leader Seer.

Designed to be somewhat of a shock piece for its time, 1992, “MindWarp” was a mash up of a horror and post apocalyptic science fiction bearing traits of films such as Mad Max, Hills Have eyes, and other wasteland meets-modern technology stylized films of that era. It’s most noted trait was of course that is was one of the short lived offerings of Fangoria’s own label, named Fangoria Films. 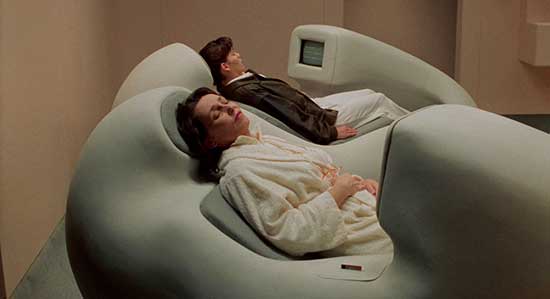 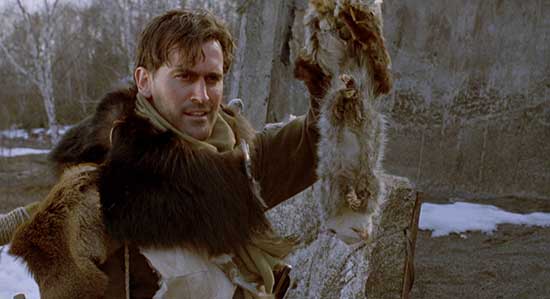 At its helm was the fan favorite talents of Bruce Campbell and Angus Scrimm, featuring newcomer Marta Martin in the role of Judy. While bloodshed and gore were appropriately laced through out, the film did so under the more futuristic take on post apocalyptic films digging its heels into the concept of alternate realities fed into the brain per way of a computer programs and simulation chairs.

We are introduced to the first act of the film per way of a technology that fuels the remainder of society called “dreamers”. The technology falls under a super computer system organization named “Infinisynth”. In many ways this 1992 piece would provide inspiration for many follow-up films over the years developing into the concept of a humans being ported into computer systems. Most notably would be the upcoming 1999 franchise “The Matrix”, which takes this idea to much more sophisticated heights. Bearing the traits of its time, “Mindwarp” employs a futurists approach limited by computer tech that would be more reminiscent to earlier DOS computer screens than the OS of future eras.

Another film by the name of “Surrogates” would see actor Bruce Willis take on the same concept using avatar driven projections of humans as they commingled among virtual worlds. But digressing back to the film, it’s one part science fiction and one part horror-centric dark and dirty underworld macabre led by the enigmatic Angus Scrimm playing the role of “The Seer”. 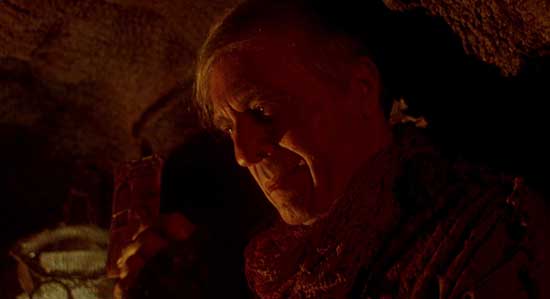 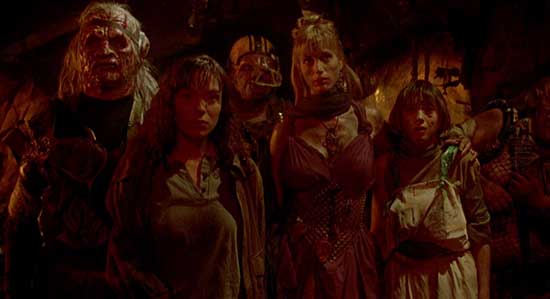 When Judy (Marta Martin) decides that her virtual reality existence is not enough to feel as though she is living, she directly confronts the sysop of her system to arrange for a offline experience. Now disconnected from her virtual utopia she wanders out into the world as it exists today, facing miles of wastelands that are overrun by disfigured nomads who hunt and kill everything in site. It is in this discovery that she meets up with Stover (Bruce Campbell,) a human survivor who has ben coexisting in the apocalypse. Hiding underground and living off of possum meat, Stover reveals the current state of affairs to Judy who has been living in a dream world up to now.

The adventure thickens as these nomadic dwellers capture the 2 of them pulling them down into the underworld, a underground lair that serves as refuge and sanctum. Ruled by a enigmatic leader, whom they call “the Seer”, these mongoloid creatures offer up Judy and Stoker as sacrificial offerings. Using a crude execution machine humans are sacrificed into a rotating meat grinder that purees the victims into liquid. 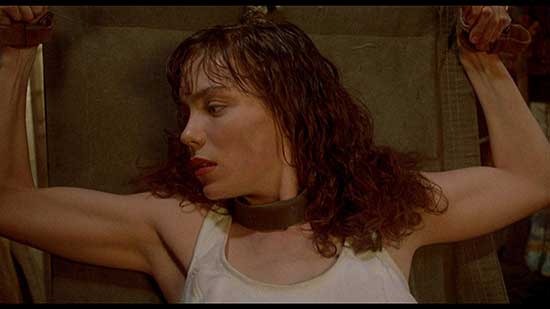 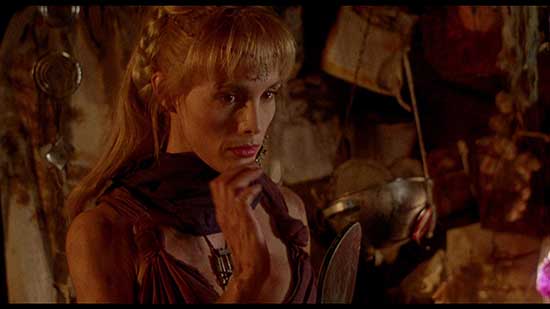 It’s all good fun here combined with a late 90’s appeal and the talents of horror icons delivering on a science fiction piece. Bruce Campbell is seen in his younger days prior to the more campy Evil Dead performances of Ash with Angus Scrimm taking on a non=Phantasm role (rarely seen). 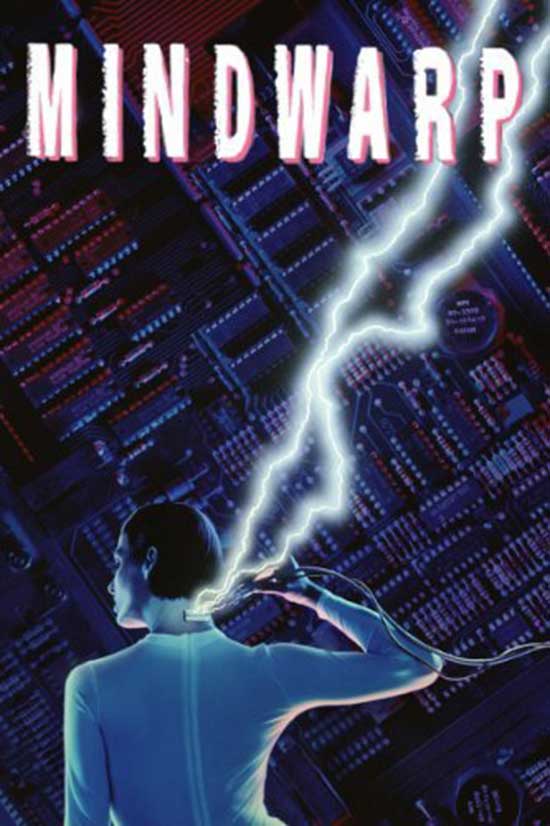 The movie is very theme-orientated and similar in nature to the slew of syfy-wasteland films that poured out over the 80’s and 90’s, but does so under the umbrella of Fangoria’s more edgier presentations. Movies that come to mind are “Cyborg”, “The New Barbarians”, “Metal Storm”, “Eliminators” and “Eliminators of the year 3000”

Worth a watch for many reasons, but delightfully quirky above all. Campy, gory, and weird, “Mindwarp” has a certain charm!