How They’ll Explain Arnie Aging In The New TERMINATOR Flick

The one thing that all fans seem to fear is a geriatric Terminator gracing the screen when Arnold Schwarzenegger reprises his role for the upcoming TERMINATOR:GENESIS and it seems the film makers and actor had the same concerns, and addressed them. Arnie was recently interviewed by MTV and this situation came up and here is what the big guy had to say:

“The way that the character is written, it’s a machine underneath,” Schwarzenegger continued. “It’s this metal skeleton. But above that is human flesh. And the Terminator’s flesh ages, just like any other human being’s flesh. Maybe not as fast. But it definitely ages.”

Hey, you know what? I can live with that. It actually make sense, a little.

That wasn’t the only beans the T-800 spilled in this interview, read on:

“Terminator deals a lot with time travel, so there will be a younger T-800,” Schwarzenegger added, blowing our minds, “and then what that model does later on when it gets reprogrammed, and who gets ahold of him. So it will be all kinds of interesting twists in the movie, but I feel so good.” 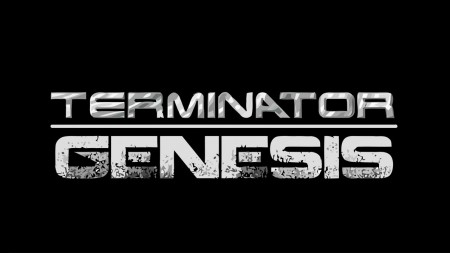