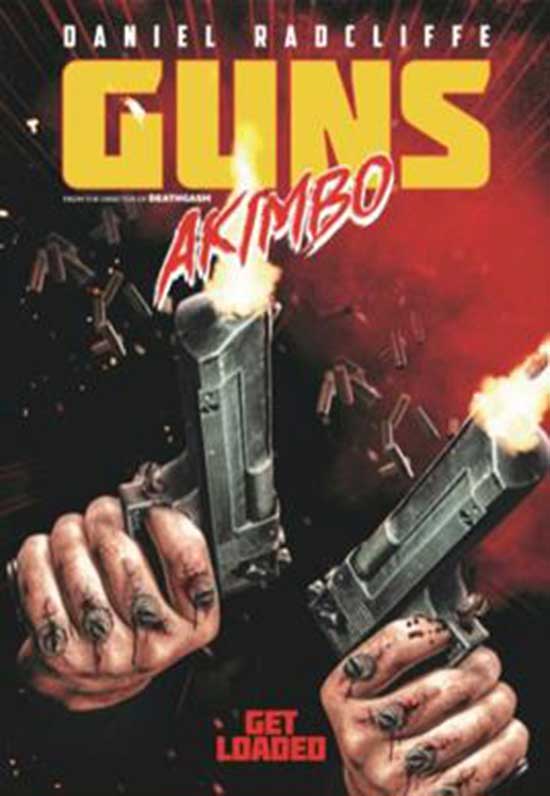 A guy relies on his newly-acquired gladiator skills to save his ex-girlfriend from kidnappers.

It’s really hard to pull off a good video game movie. With adaptations of comic books and novels dominating the box office, video games seem to be the one thing that has ever had a great adaptation from game to film. Guns Akimbo, which I had the pleasure of seeing at Fantastic Fest at the Alamo Drafthouse Lamar location, achieves by embracing all of the ridiculous tropes of video games, especially shooter games and open world, by giving us an original story pulling from many other genres and game mechanics.

The film follows Miles, played by Daniel Radcliffe a sad and lonely guy working a dead-end job and who was just dumped by his girlfriend. Miles is addicted to technology and trolling anonymous people online. This leads Miles into hot water as one day he pisses off the wrong people online. In this world, there is an underground gang of psychopaths, who dress like they just got off of the set of a Mad Max movie.

This gang runs an underground fight club called schism. They pick strangers at random and pit against vicious killers in a city-wide gladiatorial battle to the death. The entire battle is streamed online and the people watching are a combination of the twitter and youtube comment section. Miles is the next unwitting participant, he wakes up with two handguns bolted into his hands with 50 rounds each. His opponent is the deadly cocaine-snorting psychopath Nix played by scene-stealer Samara Weaving, who horror fans might recognize from this year’s horror-comedy Ready or Not. Miles must defeat Nix, while avoiding the police and also save his ex-girlfriend whom they are holding as collateral.

This movie feels like if Halo multiplayer mode snorted a line of cocaine, with elements of Grand Theft Auto, while listening to a playlist of 80’s rock written by someone who loves action movie one-liners. This film is fast-paced from start to finish, and Daniel Radcliffe gives one hell of a performance. The Harry Potter star has come a long way from Hogwarts. According to an interview he gave with The Wrap what drew him to the film was it’s exciting and funny nature. ” the line which drew me involved a person who had guns surgically attached to his hands.

And I was immediately intrigued by that. And I got to about scene 10 of the script and there was a scene in which my character Miles, with his new gun attachment hands has to work out how to go to the bathroom. And that was the moment where I was like, ok you are fulling exploring the premise, I am in.” And he couldn’t have put it better. This movie fully commits to such a silly idea. Seeing Miles struggle with how to do normal mundane stuff, like go to the bathroom, answer his phone or put on pants. 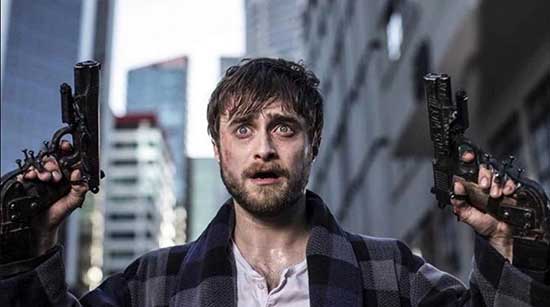 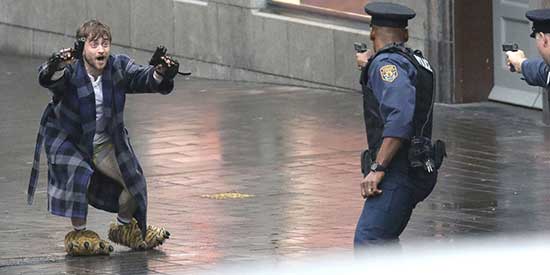 It is such a ridiculous idea but Radcliffe has great comedic timing and sells it. The real scene-stealer in the movie for me though was Samara Weaving as Nix. She is quickly becoming a breakout star in genre film I loved her in Ready or Not, which is another film that perfectly balances comedy. In this film, her character Nix is one of, if not the deadliest players in schism, raking up kills like a 12-year-old playing Fortnite. She is giving 110 percent in her performance. Every scene she is in she is either, killing someone, snorting cocaine or calling Daniel Radcliffe fuckboy. Nix is an unstoppable killing machine with a comedic golden heart. 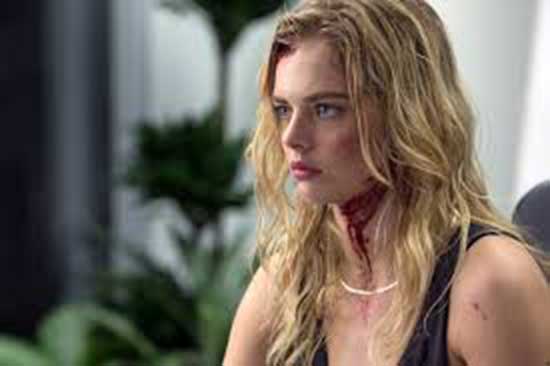 Is this movie going to win any awards? Probably not, but who the hell cares. This isn’t an Oscar film, it’s an 80’s action video game movie. Good for a good night out with friends, hell it would be a perfect movie for Joe Bob Briggs to have on his show. 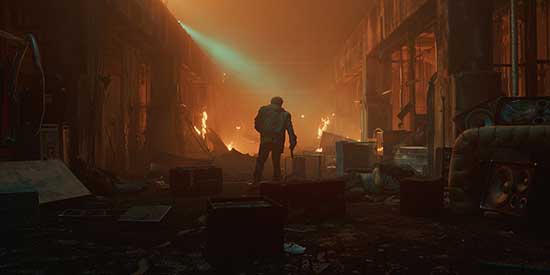 My only real complaint with the film is the camera work in some of the scenes was a little chaotic and gave me a headache. That and I feel like the movie is trying to get a message across about the evils of social media, that is lost in the insane gunfights and one-liners. Still, a very good time that I would honestly recommend if you are looking for a fun movie that doesn’t require a lot of thinking. 3 out of 5 stars.