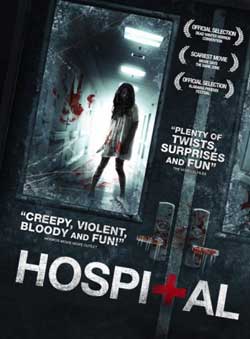 Old St. Leopold’s Hospital has many urban legends surrounding it, but the residents of Bridgeport all agree on one thing: tortured souls roam its abandoned halls. The mystery proves too much for a pretty young student who decides to investigate for her senior class project. Unfortunately, she does not find ghosts. She, instead, finds Stanley… serial rapist, murderer, and psychopath. As the young girl becomes Stanley’s new pet, a team of young investigators descend on the hospital to “hunt some ghosts.” Stanley sees nothing but fun and games in his future. But, what Stanley does not know is that the hospital truly is haunted and the restless spirits there are not happy with what he has been doing.

The Hospital is offensive, ill-judged, unpleasant and misogynist film making of the worst kind. It is either a failed attempt at homage to exploitation films of years gone by or an appalling self-satisfying mess made by people with no apparent respect for their peers or the industry in which they wish to make a mark.

The plot, such as it is, is as routine as it is dull. Under the pretence of filming a reality television show about alleged supernatural occurrences in the abandoned St. Leopold’s mental hospital, two sleazy opportunists, along with fellow conspirator and disgustingly vile apparent handyman Stanley, have convinced several young women to accompany them. Shortly after arriving, and with the only action so far being restricted to Stanley’s penchant for violent rape, the protagonists turn on their prey and begin to film a sexually motivated snuff film for the apparently lucrative European market. 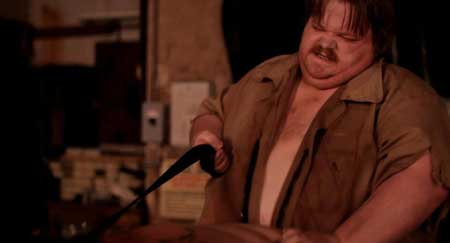 If the basic premise is familiar that is because there is no doubt you will have seen it all before. The idea of naive innocents exploring various abandoned and haunted buildings is extremely common and in the right hands can provide the basis of an interesting film such as Session 9 but here any tension or dread is dismissed in favour of pathetic sexual voyeurism amidst questionable politics. The violence the women, and in one particularly nasty scene men, are subjected to is indulgently deviant simply for the sake of being so. Where films such as Last House On The Left and the recent Big Bad Wolves use violence to progress the narrative and while they may be shocking and at times almost unwatchable, they do raise questions over the reasoning behind the violence, exploring why people act as they do. With The Hospital the gratuitous nature of what is a shown offers nothing other than being, well, simply gratuitous. 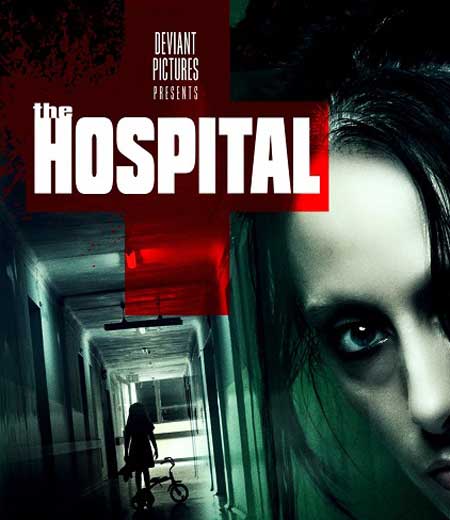 The direction and performances are barely worth mentioning in that there is not one participant who can surely emerge from this film with their careers at all enhanced. It is difficult while watching to understand why aspiring actors have become involved with The Hospital as with a reported budget of around $100,000 it surely wasn’t for the money.

If there is one particular, most irritating and worrying element though to The Hospital it is in the strange realisation that the filmmakers thought they were making something wittily observant and bravely parodic. As mentioned above, there appears to be an idea somewhere in the bloody sexual violence that this is a worthy tribute to the exploitation genre. The worry is that, if that is the case, the impression while watching the film is that the writers and directors have never seen an exploitation film let alone understood the what it takes to make an acceptable entrant to the genre. There is no humour, no style and certainly no taste, either good or bad. This is simply a badly made film highlighting the worst aspects of human nature without knowing what it wishes to achieve or what message it wishes to tell. 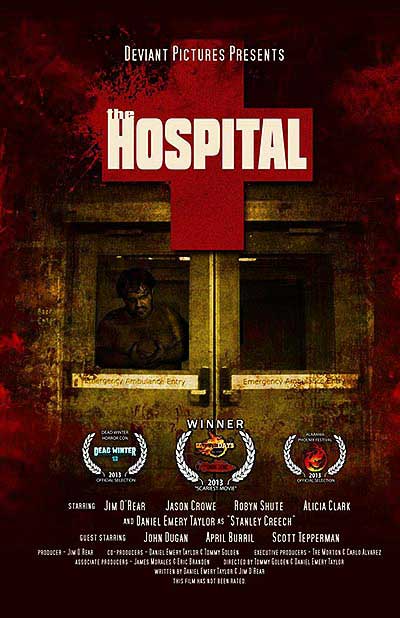 There will always be bad films and there will always be nasty films. As long as films can be made for relatively low budgets at a time when access to the technology necessary is easy people will continue to push the boundaries of what is not only acceptable morally, but also acceptable to even the most hardened of horror fans. The Hospital is a despicably unpleasant film with a dark soul filled with a desire for deviant sexual violence that aims to shock its audience for all the wrong reasons. At a time when most filmmakers are stretching themselves creatively and financially it is a horrendous shame that a film such as this is released to be seen by anyone at all. 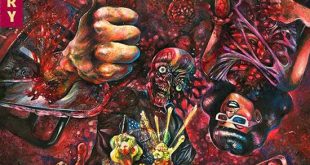