Home | Step Inside The Writer’s Room For BATES MOTEL

Step Inside The Writer’s Room For BATES MOTEL

A new behind the scenes feature arrived today and it takes us into The Writer’s Room of the popular A&E series BATES MOTEL. You get to hang around with showrunner Carlton Cuse and his writing team whose job it is to keep the show humming along and the characters on a constant roller coaster ride.

Episode three airs on Monday night at 9 PM on A&E and is titled CALEB and the synopsis goes like this:

Dylan tries to bridge the gap between Norma and her brother Caleb, who shows up at the motel. Norma meets an ally in her battle to stop the bypass. Emma’s memorial for a friend leads to a new relationship. Norman falls under the influence of a townie girl.

Always something exciting going on down at the BATES MOTEL. 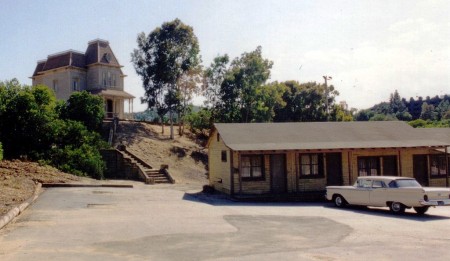