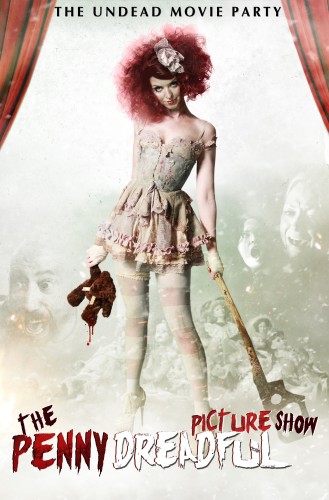 In an old rundown movie theater, a supernatural sweetie, Penny Dreadful settles in to watch a trio of short films with her horror movie cohorts, the zombie love-sick Ned and her furry friend Wolfboy. Penny has set up three blind dates to find herself the love of her life who must first endure a frightening, gore-filled fright film: “Slash-in-the-Box,” “The Morning After” and “The Slaughter House.”

The Penny Dreadful Picture Show is a delightfully fun, daffy spin on the anthology film format. The film blends three seemingly unrelated short films together with an entertaining wraparound tale featuring the titular character, Penny Dreadful, and her goof-ball friends sitting in a old theater watching the films. They are also interviewing candidates who may be brave enough to take Penny out on a date. The film benefits greatly from Eliza Swenson’s energetic, witty and winning performance as Penny. The film also ends well with its closing short “The Slaughter House” featuring a number of familiar faces and a fresh take on Texas Chainsaw Massacre films. The Penny Dreadful Picture Show is likely to put a smile on your face and there is no harm in that. 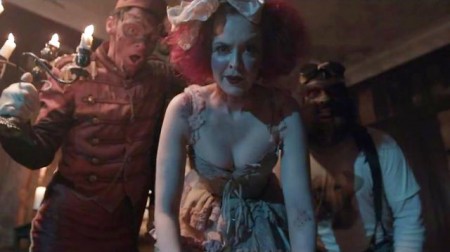 Eliza Swenson leads the cast as Penny Dreadful, the “Crypt-Keeper” of The Penny Dreadful Picture Show. She is simply marvelous, a gruesome version of Emilie Autumn with a sinister twist. She is quirky, funny and engaging. Eliza brings the character a charmingly quirky personality that could easily carry an entire film – with the right script. Whenever the movie returns to her continuing efforts to find a suitable suitor, the film lighten up considerably. 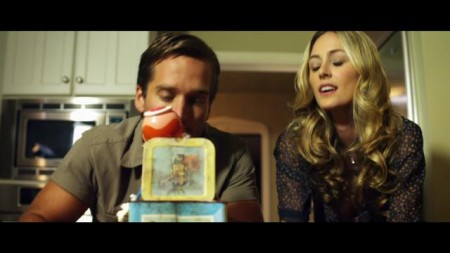 The first short is Slash in the Box which takes a predictable but light and entertaining horror-tinged look at a scary jack-in-the-box. It is also the shortest of the three short films, perfect for getting into the film and setting the tone. It also has a killer ending visual, modestly accomplished with tons of flair and pizazz. It fits comfortably in the Creepshow quality of the overall film.

The second feature is The Morning After examining a young woman’s “walk of shame” that turns deadly. The film has a little trouble leading up to its twist, getting a little dull along the way. But, once, the meat of the story bubbles to the surface, the short becomes incredibly interesting leading to an entertaining conflict. The short does not benefit from the brevity of the first film nor the recognizable cast from the next one, but it manages to make the most of its story by its conclusion. 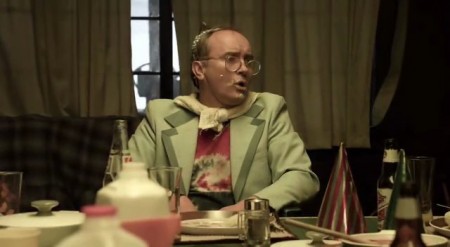 The Slaughter House is the third and final feature. It sets itself up brilliantly as a Texas Chainsaw Massacre rip off only to quickly turn everything on its head when it reveals that the kids are looking for the killers seeking to be the vengeful instead of the victim. It is an effective and fascinating spin on the concept of “The Saw is Family,” Leatherface and the country-bumpkins as a family of killers. While the segment ultimately gets lost in the very cliches it seeks to satire, it has a winning cast of strong performances that keep the entertainment value high and lively. The cast includes Devanny Pinn, Sid Haig and Jeffrey Combs. It is Combs who is having the most fun with his deranged, challenged character who takes a subversive delight in punishing those who take too much of his cake. 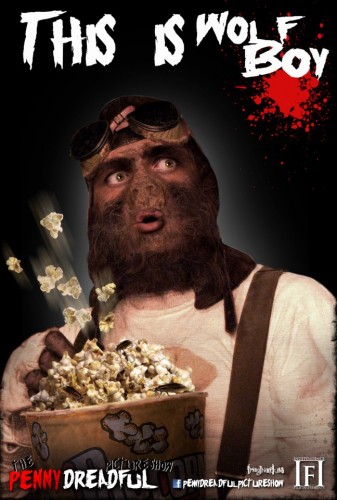 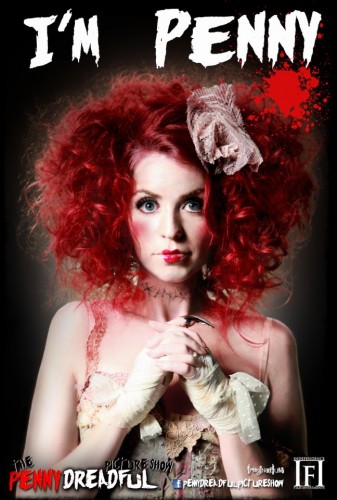 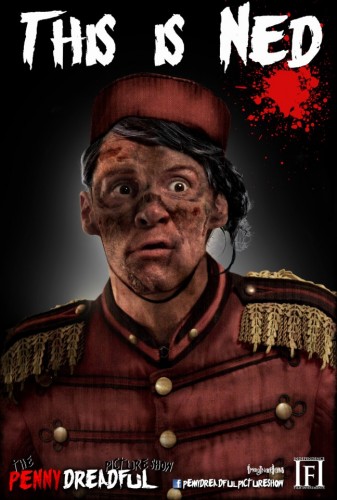 Going into The Penny Dreadful Picture Show, the initial anticipation was not favorable. The title and the concept look like a cheap way to stitch together three unrelated short films of questionable quality. The title character is its saving marketing ploy. Thankfully the picture show is anything but “dreadful.” It is actually quite good, entertaining and amusing. It has a witty, wicked sense of humor prevalent in the wrap around and the shorts themselves in a favorable Tales from the Crypt flavor. Each short holds its own delivering the needed Twilight Zone punch and features fun characters and memorable scares. Eliza Swenson is the film’s signature host Penny Dreadful who gives the character a delightful, yet demented, personality. The Penny Dreadful Picture Show is a ton of fun and manages to be scary and surprising along the way.