The Monster Movie Podcast begins its year long look at horror films and monster movies from the 1980’s with one of the most controversial films of that decade, Halloween III Season of the Witch. This is the third film in a franchise about Michael Myers without actually including the unstoppable killer or anything from the previous two pictures. John Carpenter, Debra Hill and director Tommy Lee Wallace have the hearts in the right place, transform the franchise into an annual film centered around and featuring the Halloween holiday but audiences were not ready for such a deviation from the first two films. The box office bomb is now a cult classic loved by many including Ormon Grimbsy who tried to convince Doc of the film’s awesome content.

“The Night No One Comes Home!”

Special guest host, Ormon Grimsby returns to the Monster Movie Podcast bringing with him one of his beloved favorites from the 1980’s. He also drops some mask knowledge about Don Post and some little hidden nuggets found in the film like actor Dick Warlock and Jamie Lee Curtis as a voice over actress. Speaking of the 1980’s, the Monster Movie Podcast is going to be featuring horror films and monster films from the Eighties all 2014 as the show becomes part of the Decades of Horror Podcast Network, beginning with this very episode. Let us know what your favorite monster from the decade is.

Halloween III Season of the Witch represents the perfect idea gone wrong. John Carpenter and Debra Hill decide to create a franchise where every Halloween a new horror film is released feature monsters and terror surrounding the beloved holiday: a new terrifying story each and every year, an annual event to delight horror fans across the globe. What the delivered, however, was a film drop into an existing franchise that featured a well-known, popular knife wielding maniac named Michael Myer. The film which was initially pans by critics and fans alike is now considered a cult classic and is loved by scores of horror fans who are able to look at it without the stigma of being a part of the Halloween franchise. Doc Rotten and Ormon Grimsby take a fresh look at the film attempting to review the film on its own merits. 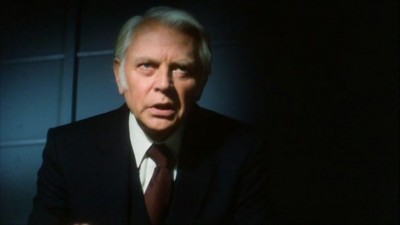