One of the best thing that has come out of all the awesome SCREAM FACTORY Blu-ray releases is the fantastic artwork they have had commissioned for their releases and what they have come up with for SLEEPAWAY CAMP is nothing short of golden. 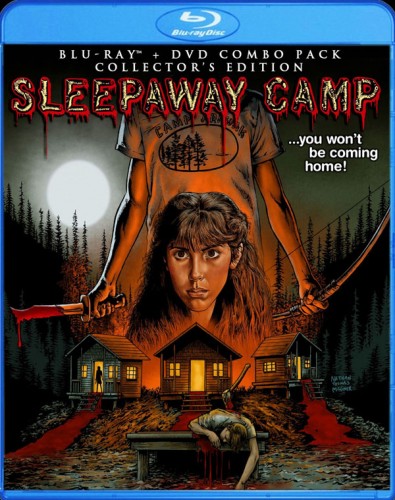 Here’s how they rolled it out via their FACEBOOK page:

Check out the newly-designed key art for our upcoming Collector’s Edition of the classic slasher film SLEEPAWAY CAMP (DVD & Blu-ray combo out 5/27). “Angela” is watching you…

This original interpretation comes to us from artist Nathan Thomas Milliner (The Burning, Day of the Dead) and is officially approved from the director of the film, Robert Hiltzik. (He was also directly involved in the creative process.)

As always, the original theatrical key art will be on the reverse side (the knife-in-the-sneaker one you all know). Production on extras has just begun and we’ll have full details to report to you as to what they are in mid-March.