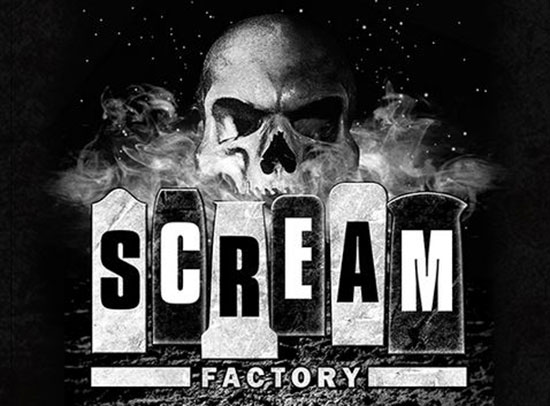 Let’s admit to a simple truth; when it comes to home video, we horror fans have been spoiled the last few years. Companies like Vinegar Syndrome, Synapse, and Code Red have brought as all manner of classics in outstanding editions. Few of these labels have quite the massive array of titles as Scream Factory, a group that has been treating us to a steady stream of bonafide genre classics, bizarre cult flicks, and even a few new titles along the way. With so much goodness to keep up with, occasionally something important can slip through the cracks.

In December of 2013, Scream Factory released TV Terrors Vol. 1.  As you can probably guess by the title, this was the potential starting point for a sub-line of releases tailored around the countless TV fright flicks in existence. Admittedly the first draft picks were far from the best. Contained on one disc were two 70’s era spook shows, The college-based Carrie knock-off The Initiation of Sarah, and the sexual harassment/rape thriller Are you in the House Alone? Neither of these are what you’d call the height of televised cinema, which may explain what happened next. 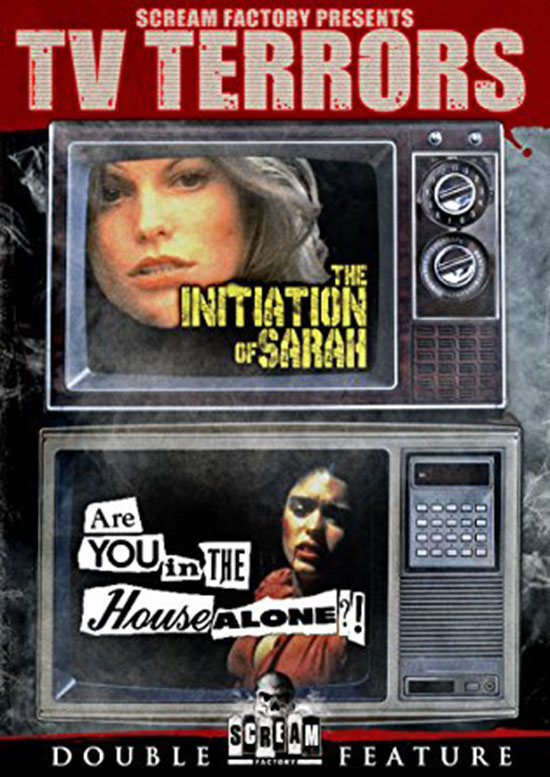 Even with the advantage of offering two previously unavailable films for a budget price, TV Terrors Vol 1 seemed to flop pretty hard. Even this writer will fess up to taking his dear sweet time before finally buying a copy. Due to that poor performance, the following years have yielded zero announcements for a follow-up release. This wouldn’t be quite so disappointing if not for the sheer quantity of decent made-for-TV horror movies that continue to languish in obscurity.

Consider if you will some of the more well-known titles that currently aren’t available in digital formats, while some lack any physical format at all. Consider a film like the 1982 thriller Don’t Go to Sleep with Dennis Weaver. Talk to anyone who saw the movie in their youth, and they’ll confide that it terrified them. Rightly so as it’s a solid and surprisingly daring film considering it was made for television. Similarly, many kids of the early 90’s may recall getting freaked out by the 1991 ghost story The Haunted.  There’s a loyal cult following for Cast a Deadly Spell, and they would love to see something better than the old VHS tapes and bootleg discs. Plenty of other TV movies have gained their own small groups of fans, such as the festive thriller Home for the Holidays. Some of these properties can extend to further releases like the classic mini-series Something is Out There, which managed to launch a short-lived regular series after its airing. 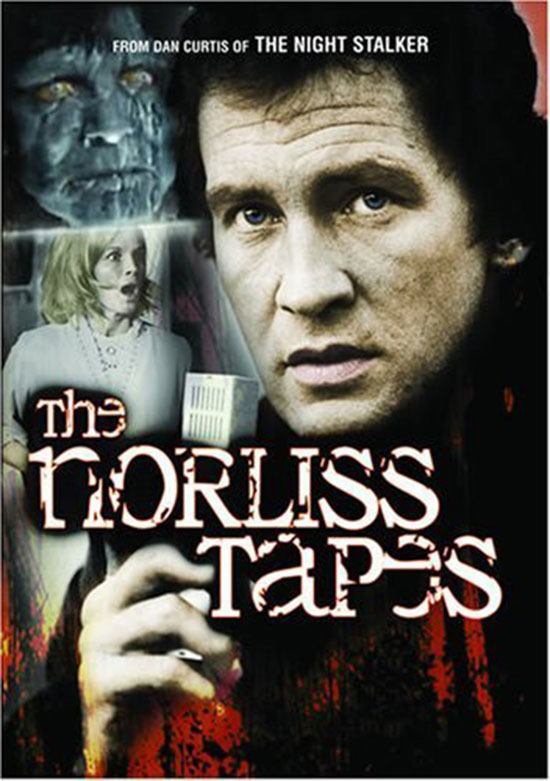 Not every title has to be some unlimited release. Consider some well-loved classics like Gargoyles, The Norliss Tapes, and When Michael Calls. Each of these have been previously released on DVD only to go out of print and become an expensive collectors piece, or merely suffer from a lousy edition to begin with. Pairing any of these up with some lesser-known titles could make for some solid double features.

Then there’s the historical element of these films. The 1972 demonic posession flick Something Evil may not be the most exciting film, but cinephiles would adore the chance to own a missing part of their Steven Spielberg collection. One of the titans of the horror genre, Wes Craven, directed multiple boob tube scare flicks, and while most of them have shown up on disc in one form or another, there has been no attempt at resurrecting his cheesy, psychic cop thriller, Night Visions.

Recently, other companies have keyed into this same untapped market, bringing back some long neglected titles to our screens. Last fall, Doppelganger Releasing put out the early Wes Craven shocker Summer of Fear on blu-ray. Recently, Kino Lorbor announced 4k restorations of the original Kolchak movies, along with a hi-def release of the cold war odyssey The Day After which, while not an outright horror film, certainly scared plenty of people in its day. These labels have come to see just some of the potential waiting in the old TV movie vaults. 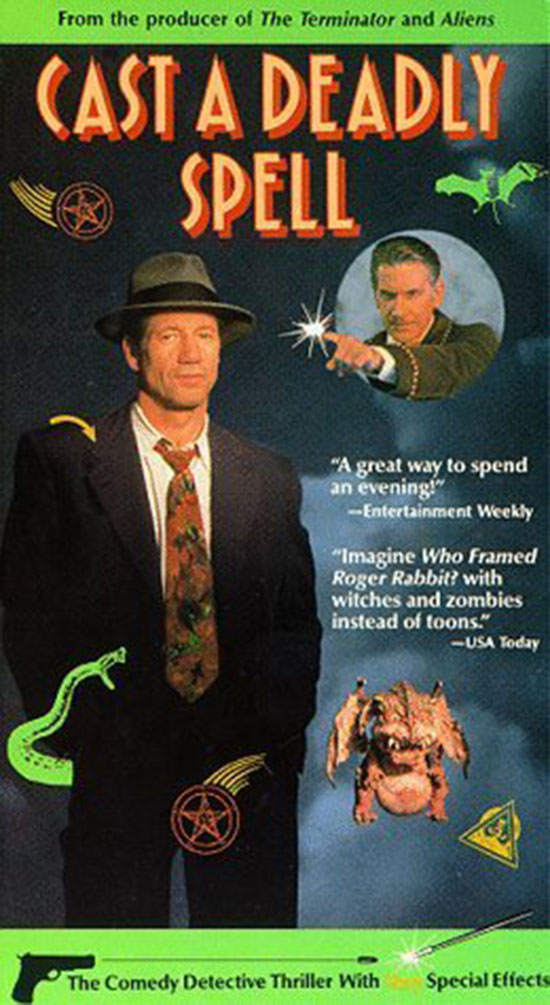 As a fandom, we have a responsibility to support positive momentum in this genre. It’s important to reward companies when they resurrect something unique and neglected rather than endlessly repurchasing the same set of titles over and over again. We can take a little time and money to show Scream Factory and others that their efforts aren’t wasted, but it requires a little work on both sides.

As for the consumer, it’s a two part process. First is that you’ll have to support the initial installment and prove to Scream Factory there’s an interest. TV Terrors Vol. 1 is really quite cheap, just skip an extra six pack at the store and your cost is covered. That’s not a bad price for a solid night’s worth of entertainment. You could even follow an Amazon link from one of your favorite blogs and earn some good karma while you’re at it.

Second, start bothering Scream Factory on their social feeds. Show them you went out and bought that initial release, and tell them you crave more. Let them know what TV flicks you want to see released, even share this article if you want, just let them know you want more and are willing to support a particular series.

After we do our part, it’s time for Scream Factory to step up and give the series another shot. Sticking to DVD only is fine, most of these movies can benefit from staying sort of rough, but they’ve got to aim a little higher in regards to their movie choices. That first volume was plagued by two films more fitting of a fourth or fifth volume. Nor do the new volumes have to utilize the titles mentioned in this article, as those are but a drop in the bucket. There are countless other flicks to choose from, like A Taste of Evil, Scream Pretty Peggy, Night Slaves, Ritual of Evil, Cry for the Strangers, Death at Love House, How Awful About Allen… you get the picture.

As a community of fans, let’s seize the opportunity this year to rectify past oversights. Cult films are already a healthy business. It’s time to see their smaller, televised brethren get the same treatment. The opportunity is before us, we simply need to take the extra steps to make it a reality. What do you say? Do you want more TV movies brought back from the void? Which ones would you love to revisit? Start spreading the word.