NBC is plowing full steam ahead in its mini-series adaptation of ROSEMARY’S BABY. Major casting news today as the network let it be known that it has found its Rosemary. Zoe Saldana has snagged the role, an excellent choice in my book. 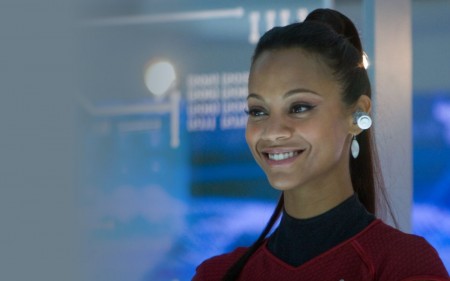 No stranger to geeks worldwide the lovely Ms. Saldana has graced projects like STAR TREK, STAR TREK INTO DARKNESS, AVATAR and the up coming GUARDIANS OF THE GALAXY. This lady is a major player and NBC is lucky to have gotten her for this role.

Announced at the same time was the fact that the story will be set in Paris this time around, the project will be shot there.

So now we have a powerhouse actress joining league with a powerhouse director (Agnieszka Holland), things are looking good for this one. I’ll keep you updated as this one moves through production.