With the announced debut date of March 3rd for A&E’s breakout hit BATES MOTEL now public knowledge it’s time for the PR folks to start earning their keep and what better way to get the fans riled up then start throwing pictures at them and that is exactly what they are doing.

The first picture appeared in TV GUIDE and gives us our first look at a newcomer to the show. Michael Vartan will play the new love interest for Norma and will check into the hotel in episode three. Here is our first look at George and Norma looking all happy and shit: 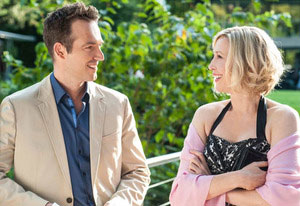 Entertainment Weekly debuted the other new photo, this one features Norma looking all sexy with her son Dylan (wonderfully played by Max Thierlot) creeping around in the background. The show has had this weird incestuous vibe rocking since episode one and scenes like this just fuel that fire. 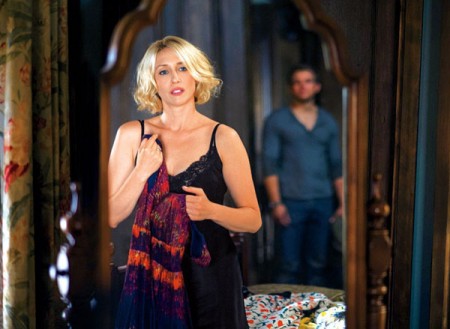 Season Two is gonna rock, I feel it.