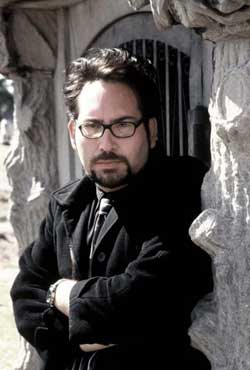 Mike Mendez, the director of such goofy, gory fare as “The Gravedancers” and “Convent” , has recently stepped behind the camera again, this time orchestrating there mayhem wrought on the City of Angels by one hell of a bug in Epic Pictures “Big Ass Spider!”  He took the time to talk to HorrorNews.net about defying expectations, the joy of killing people, and taking inspiration from the atomic age.

First of all, congrats on the movie! When I first got the screener for it, I thought, ‘oh no, another big animal horror movie”, but , I really enjoyed it.

-That’s great, our mantra making the movie was “Defy expectations” , so, that’s kinda what we were going for.

How did you get involved with the project?

-Through Travis Stevens, and associate of Epic Pictures. They were looking for someone who would do something different in this kind of film. So, it came to me in a script called “Dino Spider” and I was really hesitant about it, for the same reason you were hesitant to watch it. But, you, know, I felt, that if someone gives you money to make a movie, and some freedom in making it, then that’s really an opportunity, and that the end result was really up to me. So, it was really up to me if it was just going to be another schlocky giant animal movie , so, I kind of took that attitude and said, ‘lets make the best movie we possibly can’. Who cares what people will think it’s going to be,  all that matters is what it is actually going to be. We set out to make the most entertaining film we could.

As you mentioned, there seems to be a lot of these sort of man vs. nature, or nature run amok horror films. What do you think accounts for this trend?

– I think a lot of it, honestly is just there is a market on Sy Fi channel, which always airs these types of films. It’s a bit of a double edged sword, it’s great that these movies exist, but, a lot of them are bad. It’s a much maligned genre, and it doesn’t have to be, because there are some really good films out there, so, hopefully, we’re trying to harken back to more of the good ones, and try to make you forget the bad ones.

That’s interesting that you mention harkening back to the better moments of the genre, since the mutated animals or large animals genre was really big in horror in the 1950’s and early 1960’s, such as with the original “The Fly”. Did you take any inspiration from these films, or did you just wipe the slate clean, so to speak?

– Absolutely. I think that was the fun of it, was making something that was completely a B-1950’s movie, but, add characters and an attitude that don’t quite belong in there, so it kinda creates something else. Structurally, the plot points are the same as any atomic age monster movie.

-Absolutely. And even the military and scientist characters are straight out of those types of movies. The fun of it for me was, what if you cast two idiots as your leads, and see what you end up with from that. And that’s how you end up with “Big Ass Spider!” 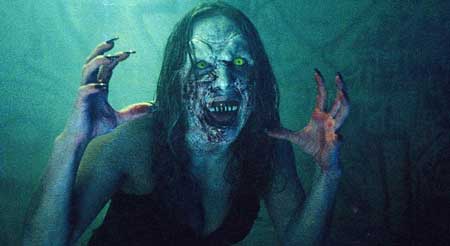 One thing that occured to me while watching was, how do you direct actors to react to something that I’m assuming was CGI?

-The spider was CGI, 100 percent. There’s no actual spider, not because I didn’t want one, but because a) we couldn’t afford it, and b) when we did try it (a smaller version) it looked terrible.

Usually the bigger it has to be, the worse the practical effect looks.

–Even when it’s smaller in the movie, I wanted a puppet , but, we tried one, and it looked pretty bad. I’m told that I act out the spider.

You mean, with your own physicality?

-Yeah. I know where it’s going to move and how it’s going to flail , so, the actors do have a bit of a visual representation, to a certain degree. But a lot of it is just the actors using their imagination while looking at big empty spaces of nothing. So, it’s partially me getting way too into directing, and it’s partially them just having to use their imagination as much as possible.

It seems that every project tends to bring with it a lesson or revelation, no matter what the film. What do you think this film taught you as a filmmaker?

– Well, it taught me not to be afraid of new technology. This film was a first for me in a lot of ways; it was my first film captured digitally, I’d only done films on 35mm before. I’m also a really big practical effects guy. I wanted to be a makeup artist as a kid, and I still love practical effects, and I’ve always been wary of CGI, because I always thought you get what you pay for. 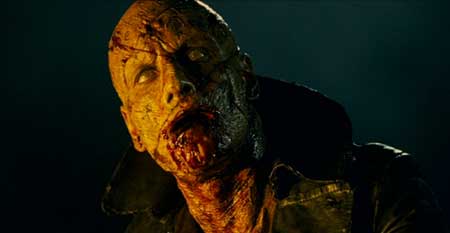 So this introduced you to a new type of filmmaking?

-Absolutely. Technology has improved so much, and in so many ways that you can do a lot of things that you couldn’t even do two or three years ago, so it was very eye opening to me to be and taught me to be more open minded to new types of tools for filmmaking.

Alot of your films, this one, “The Gravedancers”, “Convent”, seem to have a heavy fantasy element, as opposed to a gritty, slasher type feel, is that something that is a conscious choice , or is that just the kind of film you’ve become known for?

– I like to think that every story is different and you’re just trying to bring out whatever elements are necessary to tell it. But, I tend to lean naturally towards the goofy, so, with this film and “Convent”, are more my voice , which is more horror comedy. I mix it up a bit, but, I do like to make people laugh, and I do like to kill people. 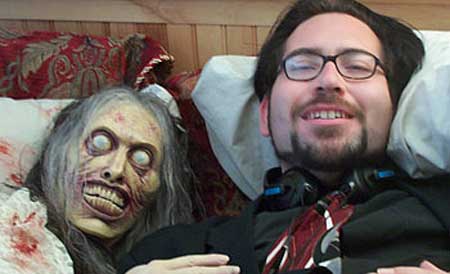 – I believe you never know until you get there on set , but right now I’m working on a demon hopping movie called “Don’t Kill It”, which is a dark action movie with really gory kills. 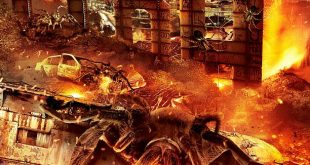