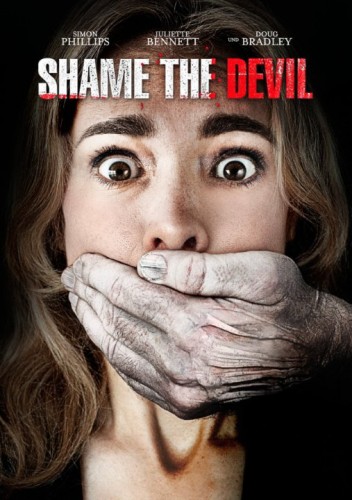 A London detective tracking a serial killer finds the killers “truth or die” methods take him to New York to solve the case.

Serial killer films are a dime a dozen. You can’t just make a film like that and expect people to flock to it. The planets have to align if anyone is to give a damn about the film or the characters who reside in it. SHAME THE DEVIL is one of those films which has an intriguing premise and some interesting character work but suffers from illogical character actions, predictable outcome, and too many teases with no payoff.

Genre veteran Doug Bradley also makes an appearance in the picture but I’ll be honest, I have no recollection of having seen him. I was going to go back and try to re-watch the flick but there was no way I was going to invest any more time than I have to in it. So, try not to blink so you don’t miss him. Director Paul Tanter (THE FALL OF THE ESSEX BOYS) is on the right track with SHAME but it fails to rattle or excite.

James (Simon Phillips) is a London detective who finds himself working a serial murder case. The killer’s M. O. is unique in the sense that he gives his victims the chance to live, all they have to do is tell the truth. The first murder essentially sparked his interest, the second murder hit close to home, and with each subsequent death it becomes apparent that James is the key to everything. Someone is trying to send a message to James but who? Now that his wife is pregnant with their first child, he has something to lose.

The only way to look objectively at the evidence is to find someone who can put together a comprehensive profile. The only person he trusts to do it is his ex-girlfriend Sarah (Juliette Bennette) who is thousands of miles away in New York. He risks his relationship with his wife by flying to see her since she is the best at what she does. The killer is watching James and his every move and no matter where he goes, death seems to be just around the corner.

SHAME THE DEVIL does many things right but it also does just as many things wrong. When it does things right, it really stands out. The story for instance is very intriguing with many twists and a killer who does things very differently. The way the film opens, it almost seems like it may end up being a SAW clone. The setup is very nicely done and tension-filled. It was a shame there weren’t more moments like the opening to cause your hair to stand on end. There may be one or two moments later on which will grab you but none rise above the first one. James is an interesting character with a few demons hidden in his closet. Simon Phillips is the perfect actor to bring this troubled soul to life.

Things happen and people do things which just seem illogical and stick out in a bad way. There’s a character who is meant to be James’ protégé who travels from London to New York just to tell him something. The excuse just doesn’t work and didn’t feel right. The outcome is pretty predicable and if you pay attention you can see the end coming a mile away.

SHAME THE DEVIL is a decent film, with several problems. Even though there are some interesting characters and a killer who uses some unique methods in order to take the lives of his victims, there are far too many problems which could have been rectified with another pass or two over the script. A film should never feel like it has dragged, especially if it’s just over 90 minutes long, but SHAME THE DEVIL does get to that point. It still manages to offer up a few surprises and may entertain on a lazy evening. Just keep your expectations low and you may enjoy the film a little bit. **1/2 (out of 5) 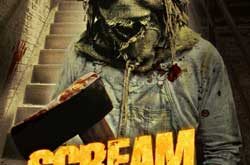