Ok, as the store shelves quickly empty in the last minute costume frenzy for 2013, we had to quickly throw out some Halloween horror ideas that fit nicely within this year’s trends. Freddy, Pinhead, Michael Myers and Jason may be a bit old school with all their remakes a thing of the past, but fear not as horror is still as strong as ever. The characters have evolved into new faces with the re-hashing of old faces, but for those who want to stay in the here and now, we’ve got some recent characters to embrace and become…    So, without further…here are the top 10 likely Horror Halloween Costumes for 2013!

If ever there was a year to resurrect the easy-to-make “Carrie” costume, it is “this” year with its 2013 remake featuring the character of Carrie White. I had long hoped that the night gown drenched in blood costume would slowly fade away in favor of more inventive creations, however that time has passed for a new generation to take the easy route and dirty up an old night gown…. 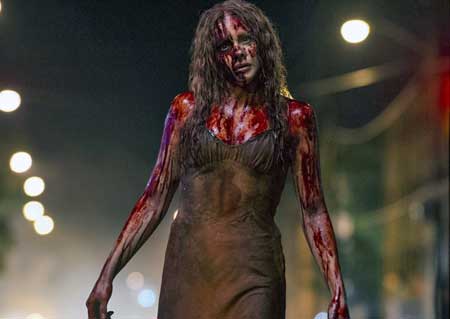 I’m thinking that evil may have a boost this year with some scary Evil Dead chick makeup making a comeback. Grab a set of freaky contact lenses and some Linda Blair makeup….and bam….your in business! If they ask who your are, quickly state….. Mia from the new Evil Dead film! 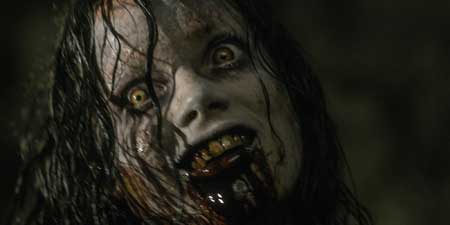 Zombie costumes are a mainstay. This year, folks can “theme” the mainstay towards TV’s most popular guts and drama series by adding the moniker “Walking Dead”. Though there are few characters that some might choose that are not zombies, but my guess is that many will go the way of the undead. Also if that doesn’t work for ya, you can keep it simple by claiming the “Warm Bodies” getup as a fall back. 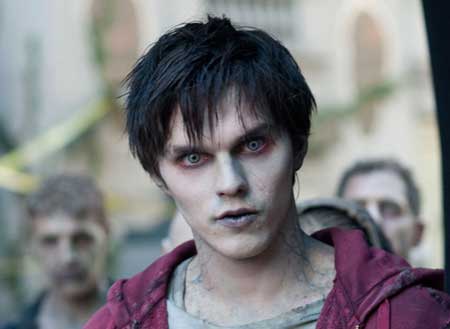 The movie itself may not have been a smash, however the old Rastafarian-haired-escaped-from-prison costume sporting some badger eye makeup and white face might just be enough to make for a somewhat recognizable costume this year. This might work for those in a pinch who have some old zebra striped clothes laying around with no purpose but to play an escaped convict. 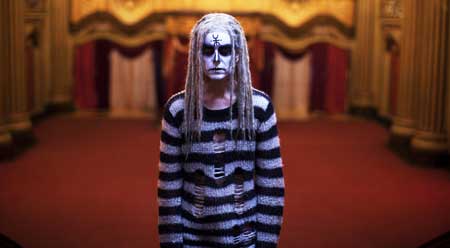 Again, another…quick throw together that could easily work as a horror film themed costume, those memorable animal mask headed cretins from the movie “You’re Next”. Lamb heads are freaky enough, but now fans can actually connect them to a theatrical release….cool EH!

OK, not entirely a horror genre movie, more of a fantasy film with dark tones, I’m thinking movie fans could easily don a hoodie, write some Satanic runes on your neck, grab a sword and head for the local Halloween bash as a “Shadowhunter” from “The Mortal Instruments: City of Bones” film. You’ll want to jump on this one fast, as it might not work for ya next year. Though have no fear, as you could wipe the runes off your neck and still goes as the central character from the TV series “Arrow” if all fails (aka swipe bow for sword in this case) 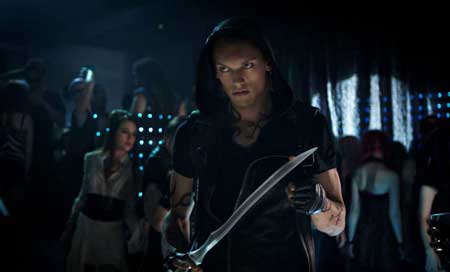 Ok, there is nothing new about this costume, but with Texas Chainsaw also joining the remake train this year, fans can leverage the 2013 version to grab a chainsaw, human flesh mask, and overalls for a relatively recent themed item. I think its just a good excuse to carry around a chainsaw without folks thinking that you’ve lost your mind… 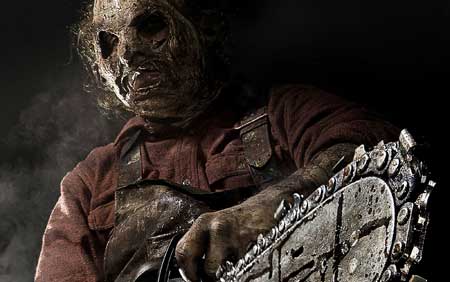 Perhaps a few seasons behind, but I think a full body fetish outfit will still work as a creepy getup that fans will make an association quickly with. What’s even scarier is if you already owned one and decided to throw it on for Halloween! Yep, fetish may be having a comeback and serving nicely as a creeper costume to flaunt.

Those who are lacking funds for the now highly priced costumes available at local Halloween retail shops could easily get their “Sanford and Son” groove on by grabbing some junk yard barrels and spare parts in throw together a quick “Frankenstein’s Army” getup. If someone fails to recognize the film association you can easily save face with a “I’m steam punk” 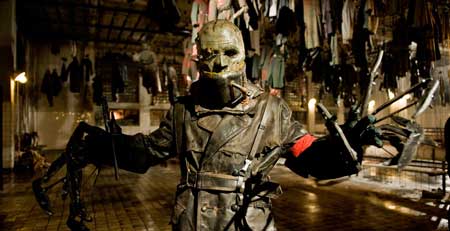 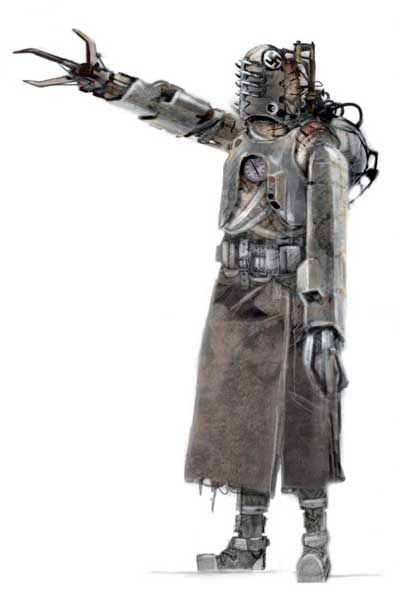 Not a typical horror character per se (wink), I think many will love the chance to portray a bratty kid who wants to grow up too fast by mocking her in with squirrel hair, long tongues and a skin suit that says….remember it was Disney that made you famous (how easily we forget). Come to think of it, it does resemble hair horns. If I were to illustrate what a demon from 2013 looks like, this would probably be a good start. Have fun with this one. 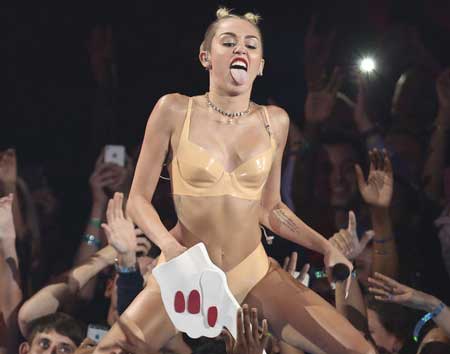